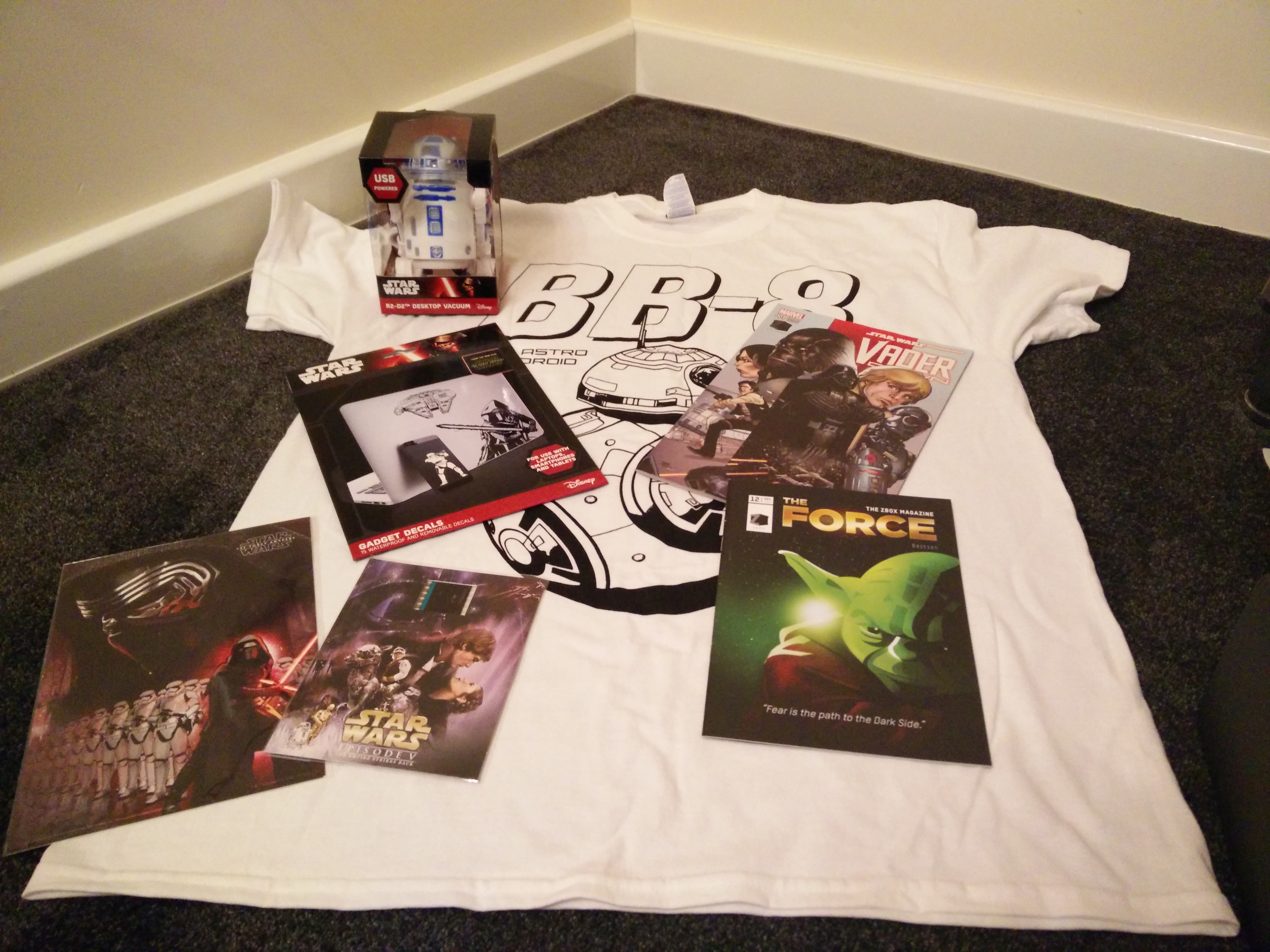 Late last year I was given the opportunity to review a ZBox by Zavvi.

The ZBOX is a monthly geek box themed around your favourite geeky interests and will include a variety of items tied to a monthly theme. Each month you will be sent a box containing over £35 worth of exclusive, licensed merchandise. Perfect as a monthly treat or a gift for your geeky friends! 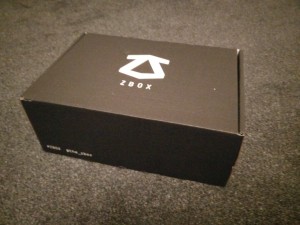 Unfortunately, due to an issue with the order, I have only just received the December box, but I’m still excited to see what’s inside.

The December theme for the ZBox is “The Force”, and if you haven’t already guessed it, it’s based around the new Star Wars film, The Force Awakens. 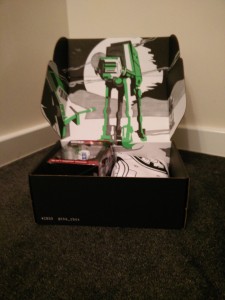 The ZBox itself is pretty cool, it’s a sturdy shoebox, but even the interior is in keeping with the theme, having an art deco esque AT-AT scene depicted on the inside of the lid.

Inside each box is the ZBox Magazine, a well made A5 pamphlet with information relating to that month’s theme. This month’s magazine includes, among other things, fun trivia facts about Star Wars, (did you know that the famous line, “Luke, I am your father” is perhaps the most misquoted line in film history. Darth Vader actually says, “No, I am your father”.) facts on lightsabers and what each of the colours means, stats on the X-Wing and TIE Fighters and sheet music for the Cantina tune. I also love that the magazine has two front covers, a light side, and a dark side!

So, what else is in the box?

R2-D2 Desktop Vacuum – R2-D2 is a USB powered desktop vacuum cleaner, he’s super cute, and will be a welcome addition to any geek’s work station, and it’s also official merchandise from Disney! Just don’t expect him to vac much up, his suction is pretty poor. 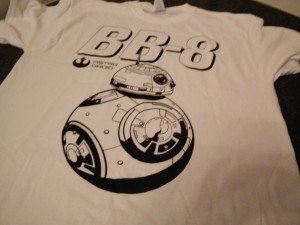 Star Wars T-Shirt – This month’s t-shirt is dedicated to BB8, who in my opinion, was the breakout star of The Force Awakens. The image on the t-shirt is pretty cool, I just wish it wasn’t plain black and white, as it makes it look a bit cheap. Even adding a hint of another colour (such as the orange) would have made this t-shirt so much better.

Vader Down: Issue 1 – Set after the end of A New Hope, and before The Empire Strikes Back, Vader Down follows Darth Vader’s hunt for the rebel who was responsible for destroying the Death Star.

Kylo Ren Poster – The Kylo Ren print is actually pretty good, and mounted in a nice frame would be a great addition to any nerd cave. In terms of personal preference, I would have preferred a print of Rey, but I guess Kylo Ren is kinda awesome too.

Film Cell – Also included in this box is a strip of original film cell from The Empire Strikes Back. I’m not sure what gets classed as original, or how many original films there were, but regardless, this is something not many people can boast to owning. It looks official, and the scene looks to be of R2-D2 and C3PO on the Millennium Falcon. I’m not sure what I’m going to do with this film cell, but I’m glad I have it. 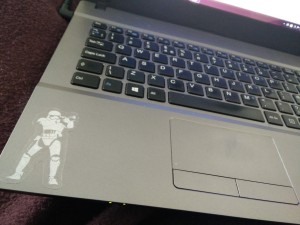 Star Wars Decals – Lastly we have 15 waterproof and removable gadget decals. BB8 and a Storm Trooper have already found pride of place on my laptop, and I’m pretty sure the rest will end up on the gaming PC before long.

Overall we priced up the contents of the box to around £60, (although the desk vacuum is priced at £15, which I would say is way overvalued, and it was difficult to accurately price up the film cell) so you definitely get your money’s worth in terms of cost. In terms of personal preference, with the wealth of Star Wars memorabilia and merchandise out there, I wouldn’t have picked these items out for myself given the choice, but with subscription boxes, this is the risk you take!

The ZBox can be purchased with a 3, 6 or 12 month subscription, priced around £19 per month. If you would like to try the ZBox for yourself, the next box will be released in February and has a Killer theme!