Why I am not a feminist 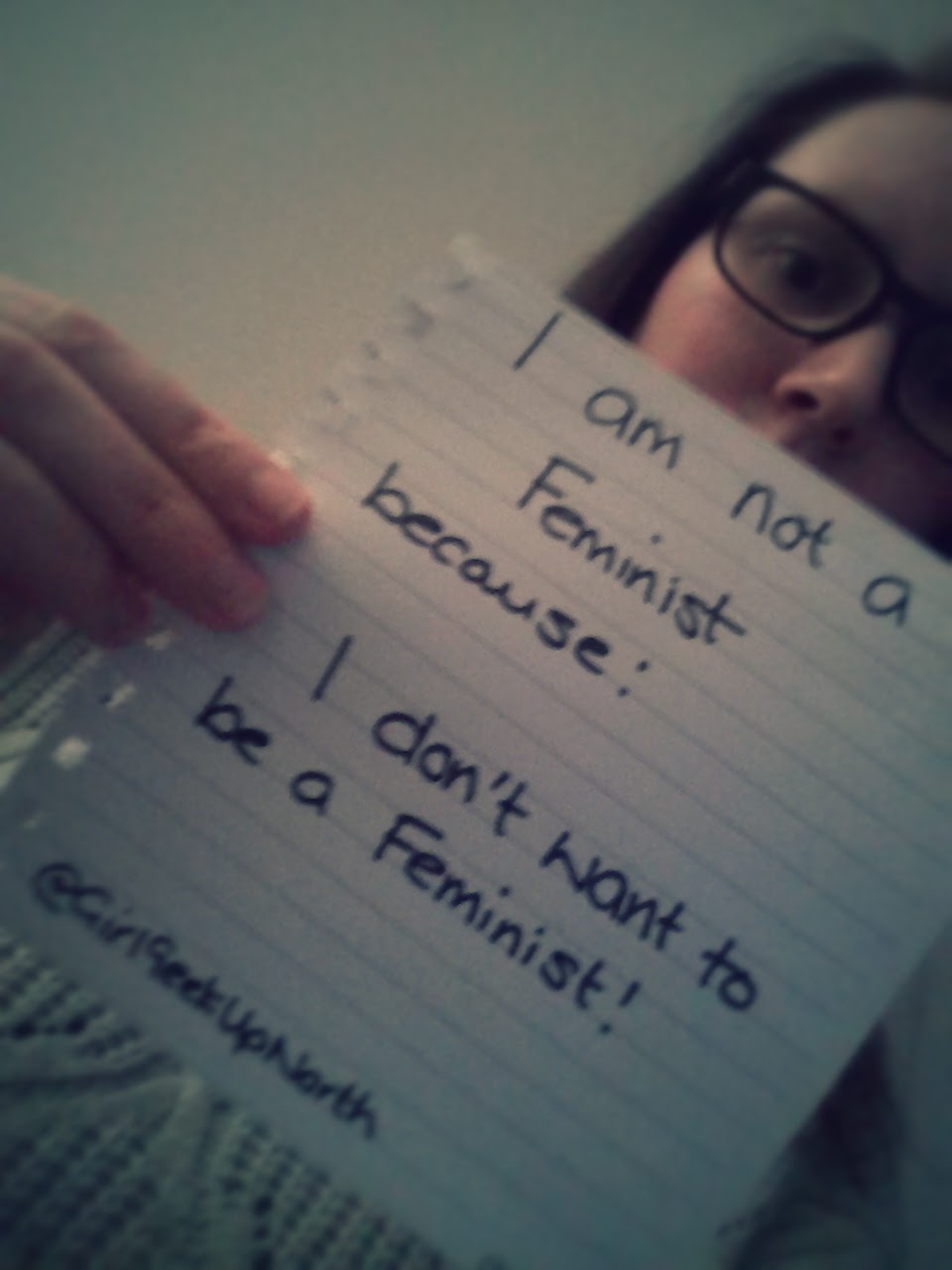 On not being a feminist

On not needing feminism

I came across a really interesting movement called Women Against Feminism, in which women give their reasons for not needing the feminist movement. Some of the reasons I see cropping up a few times;

Firstly, I think it’s ok to make the assumption that these women are stating why they do not need feminism ‘now’. I do not think that they are claiming that there has never been an issue, nor should this diminish the achievements of feminists in the past, or the need for feminism by some other women. I’m sure that a feminist will argue that a lot of these statements are not strictly true, but its funny how the same statements keep cropping up, and this doubt must have come from somewhere. It is my opinion, that in more recent times, feminism has been tainted. Something must be causing these women to feel like feminism is trying to make them feel like a victim, claim oppression, or be ashamed of wanting to be a stay at home mum instead of lawyer or doctor. These feelings don’t come from no where, and whether or not feminism represents these ideas or not, it does not make the opinions of these women any less valid. Maybe in their cases they don’t need feminism anymore because for them, the feminist movement has done its job, but I think it’s a damn shame that such an amazing movement has become so misunderstood and warped by today’s society.

I have had many bad experiences with feminists, and I believe that a lot of misconceptions and bad opinions about the movement, are down to certain few feminists, or feminist groups.

Other articles of interest

How (Not) To React to Anti-Feminist Women

The Truth About Feminism

Radical feminism is a danger to women

27 thoughts on “Why I am not a feminist”