Everything you need to know about Whistle Punks Urban Axe Throwing 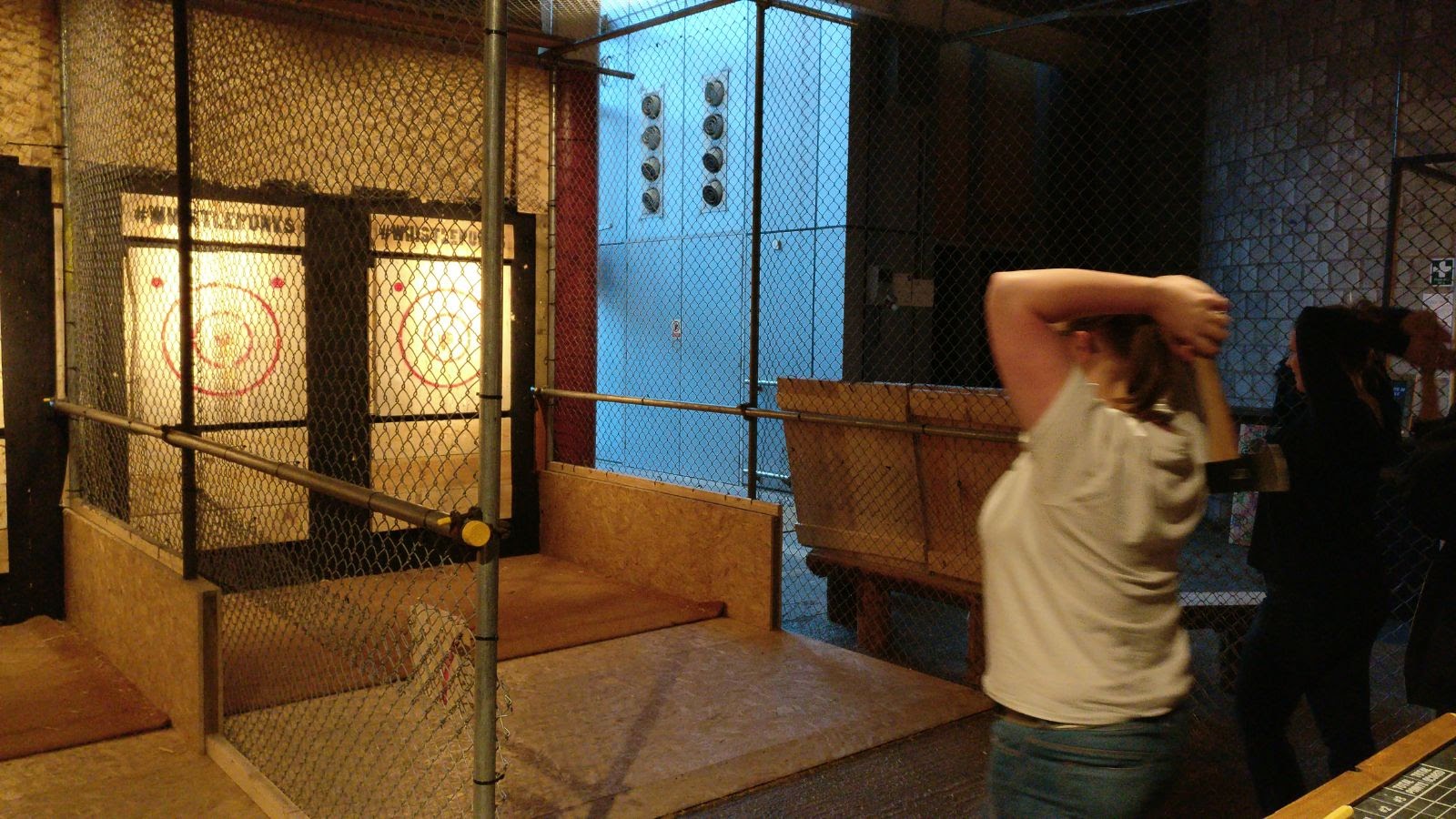 Last week we had the pleasure of heading over to the Great Northern in Manchester, to see what all this ‘urban axe throwing’ was about. Well, it’s quite simple really. You throw axes, in an urban location (i.e. Central Manchester). But I’m guessing you wanted to know a little more than that, so here we go…

Whistle Punks are a company that is bringing axe throwing to the masses. Having established their first site in London, they have recently opened a second in Manchester, and have a third in Birmingham due to launch at the end of May. 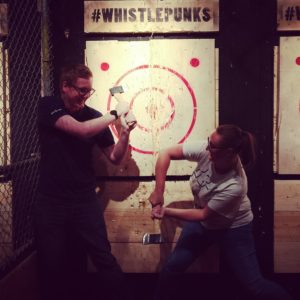 So what actually IS urban axe throwing? The easiest way to describe it is darts, but you don’t throw little streamlined javelins with wings at a small circular board, you hurl an axe, at a bigger, wooden board. Think of it as a natural evolution for someone who wanted to develop an extreme target sport. They probably started with darts, then maybe moved to archery, but wanted something that required a little more heft and power. So maybe a few drinks later and after watching the scene in The Shining where Jack Nicholson breaks his way through a door with an axe, someone had the great idea of using an axe to take target practice to the next level. I’m have no information to base this on, but I reckon it’s a good guess at how Whistle Punks may have been established…..

We arrived at Great Northern and were greeted by a friendly chap with a beard, and noticed two more chaps with beards throwing axes in one of the lanes. We’ve been told that a beard is not a requirement of working for Whistle Punks, but it does go nicely with the axe. Each lane takes up to a maximum of 12 players, and in Manchester there are four lanes. Each lane consists of two targets, so you have two people throwing axes at the same time, but we arrived on a quiet midweek evening and started our session with just one other couple.

After an initial safety briefing, we made a start learning the two main types of throw, one-handed and two-handed, and had a couple of rounds to practice. Once we were warmed up, the points system was explained and the real competition began. Scoring is a little different in axe throwing, it’s 5 points for a bullseye, 3 for the inner circle and 1 for the outer circle. There are also two smaller circles above the main ring, each worth 7 points.

Despite being pretty rubbish at getting my axe to stick in the target, I can guarantee that axe throwing is a lot of fun. We first played a game against the other couple, Kim and John. Our scores weren’t that great, leading to an epic final with scores so low I’m not going to tell you what they were. But our champion John, did have the chance to try a double axe throw as a prize for winning. Check this out!

It took a bit of practice but even I managed to score myself two bullseyes! Although not all of them went quite so well…

After our first big competition, we then games against all the staff. We were allowed to give the staff a handicap, but despite several attempts, having them blindfolded was not acceptable, and we had to settle for left-handed or backwards throws. After several rounds we had some more fun by trying out the underarm throw, which is a really weird technique that feels like you’re just flinging an axe with no real effort. Strangely, I landed an underarm throw quicker than I did overarm!

Urban axe throwing is definitely not your average night out, but if you were looking for average, you’d be on the wrong site. Tickets are £20/£25 per person, and if you’re looking for something unusual to do one evening, and don’t mind getting hands-on with your activities, you should seriously consider an evening with Whistle Punks.