How to do Valentines with attitude (no fluff allowed)! 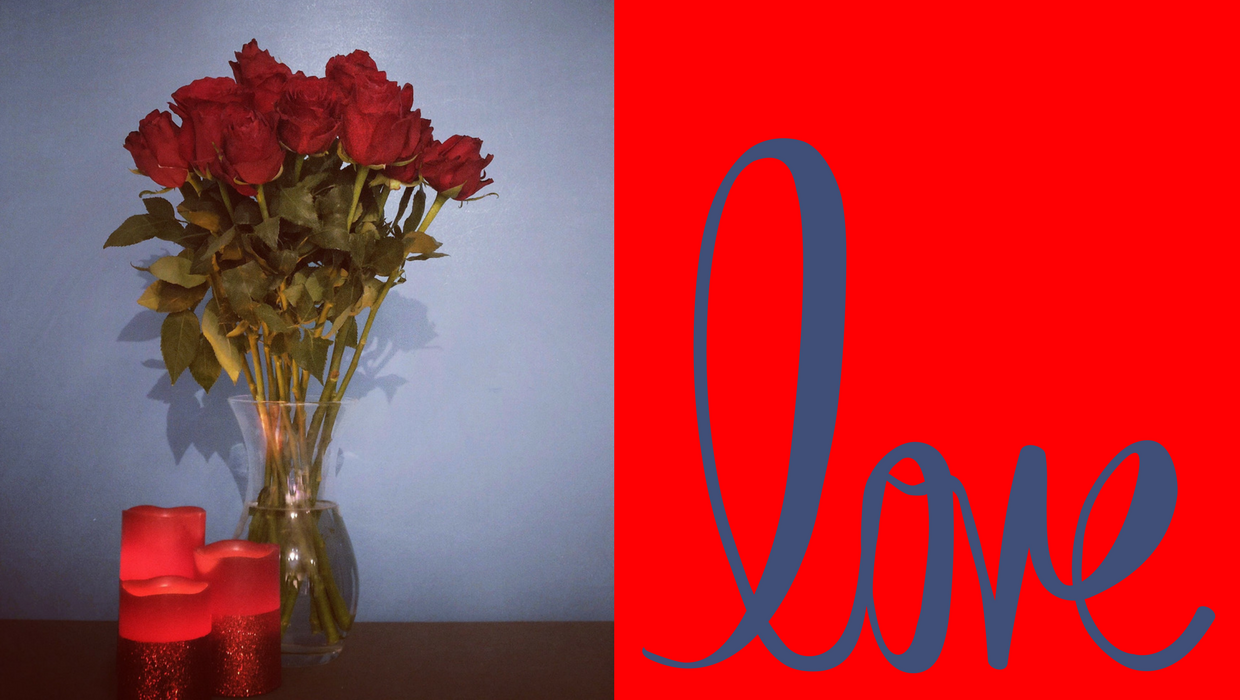 I’ve never been what people would consider a girly girl. It’s not that I don’t celebrate Valentines, it’s just that I’m not into all the soppy fluffy lovey-dovey stuff. I’m a girl with an attitude and I don’t see why my Valentines can’t be the same. With that in mind, I set out to celebrate a no fluff Valentines. For 2018, my Valentines would be one with attitude. Lot’s of attitude.

Swap your pink dress for a kick-ass getup

First up I’m treated to a beautiful bouquet of red roses from my husband and the promise of dinner at one of our favourite restaurants. Apparently,  my husband thinks that roses are the perfect flowers to accompany my Valentines with attitude theme as they’re “beautiful and a bit thorny”, just like me! Just because I’m not girly doesn’t mean I don’t want to feel great about myself when I go out. I might not be wearing pink frills, but I sure am gonna look good in my Wonder Woman jacket! Teamed with simple black leggings, my 7″ Dr Martens black Kiev satchel and my old All Saints black leather Damasi boots, I can feel and look amazing while also looking super kick-ass.

My new Wonder Woman jacket is probably the item of clothing I’ve been most excited about since I discovered that if I buy pyjama pants from the boy’s section that they come with pockets. It’s officially licensed, designed by Her Universe and is faux-leather, which means it won’t break the bank but it still looks really good. What makes it extra awesome is that it comes in sizes up to 5XL. I wear an XXL, and I’m a 16 top (but I tend to wear an 18 in jackets). It fits great, being snug and fitted without being too tight.

The best thing about is that isn’t too over the top. Most people will recognise that it’s Wonder Woman, but even if you had no idea it still looks awesome, and it’s stylish enough to be worn day to day without looking too costumey. The jacket has an RRP of £74.99 but is currently selling for £41.99 at EMP.

Swap a pamper session for a date with Zombies

Before heading out for dinner we stopped off for something a bit different. When I say a bit different, I really mean different for most people. I, on the other hand, have visited Scare Kingdom on several occasions, however, this would be my first Valenterror.

We usually visit for Halloween, and Scare Kingdom has always been one of our favourite scare parks. If you’re looking for something a bit more unusual, and definitely not pretty and fluffy, then visiting a scare park for Valentines is a great way to do it. Valenterror consists of two mazes and also sees the return of Psychomateum, a solo experience for the over 18s.

The first maze runs through the permanent structure Manormortis and is themed as Zombies – Dead in the Dark. You might enter in groups, but courageous couples are made to venture through the maze alone, with only a single glowstick to guide their way. entering the maze you feel as though you’ve been dumped right in the middle of 28 Days Later. With frantic zombies lurching at you from the darkness, you’ll be sure to have a frightful date night as you try to escape the horde.

The second maze is the House of Harlots, a brothel in old London town. The actors here are amazing and we had plenty of laughs before being thrust into the darkness. This maze was a little darker than usual (not that any of them are particularly light) and I think at one point we actually took a wrong turn and got stuck/lost. One of the scare actors had to scream at us and point out the exit, and even then we almost missed it again! Despite taking a wrong turn, this one could have benefited from being extended some more. While being super dark so we’re not positive, I think we only bumbled through two rooms before finding the exit.

Psychomanteum has also returned with HeartLESS. While we didn’t brave it this time we have previously ventured into the solo experience and it’s most definitely not one for the faint-hearted.This time, however, we were about to head out to a nice restaurant so I wanted to avoid dribbling on myself like I ended up doing last time I went in…

We rounded out the night with a lovely meal for two at the Italian Orchard in Garstang. I mean, I might be doing Valentines with attitude but we’ve both still got to eat, right?

Swap your Romance film for some straight up Horror

Oh! We also watched the new IT movie when we got home just to top the evening off with some extra weird. It’s a really good film! Super shocking and really ups the psychological thriller side of the story. I am disappointed I have to wait until 2019 for part two though 🙁

Why not de-fluff your next Valentines celebration? I’d take being chased by zombies in a Wonder Woman jacket over soppy pink fluffy rubbish any day!