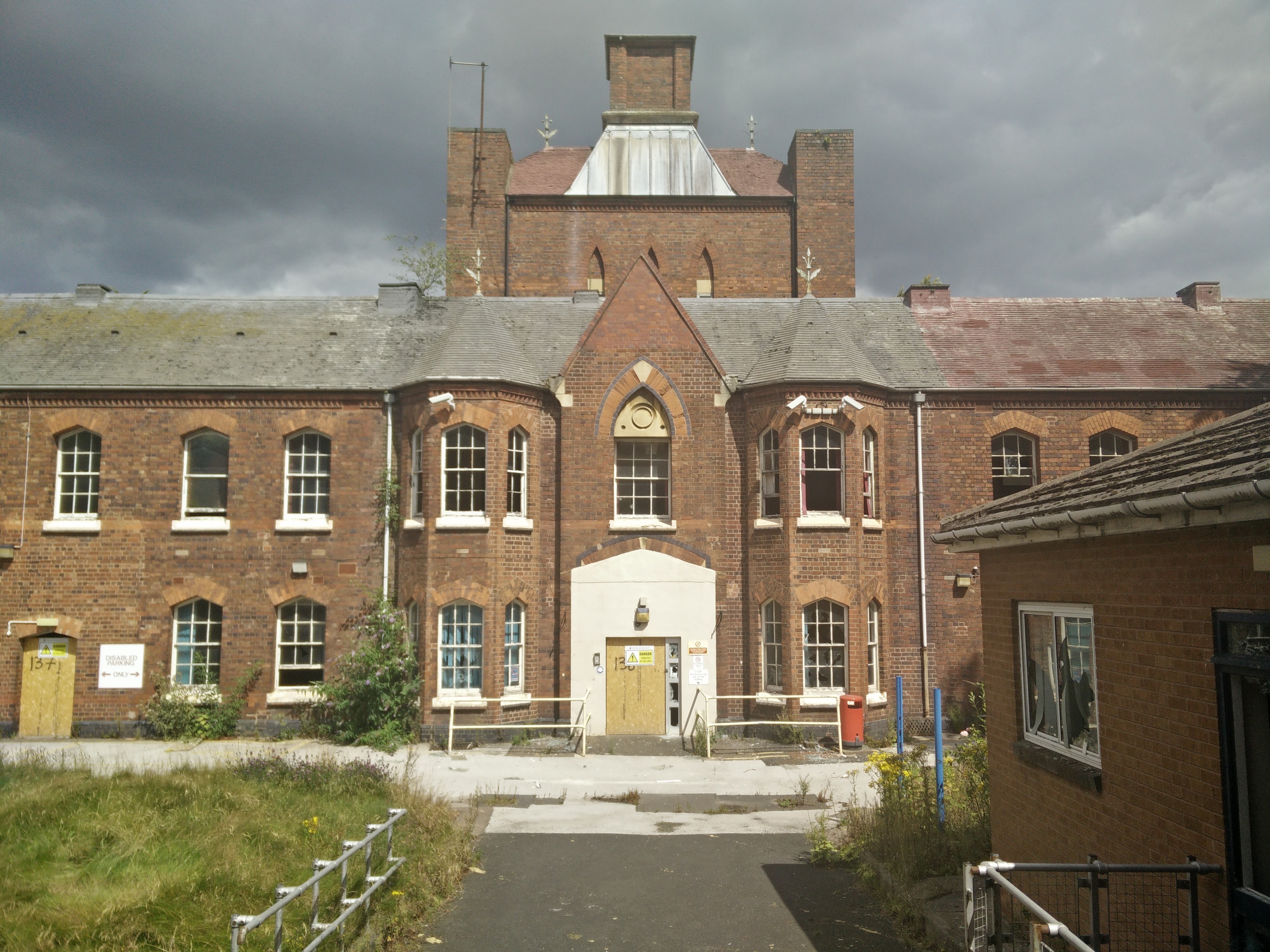 It’s been a while since I last went exploring, although quite some time back, a friend and I discussed the possibility of visiting Selly Oak Hospital in Birmingham. After spending the weekend at EMF Camp near Guildford last month, the journey home would provide the perfect opportunity to stop off at our chosen location. If you’re not familiar with the concept of Urban Exploration, you can read my guide, here.

The first buildings on the site of Selly Oak Hospital were those of the King’s Norton Union Workhouse, built in 1834. Over the years the site was expanded, and the hospital continued to grow, until its closure in 2012.

The timing worked out well, as demolition of the site has already started, and we don’t know how much longer the remaining areas of the hospital will be there for.

On arrival, we were worried about how much of the original site would be left, as building work on the new housing site was obviously well underway, complete with showhomes and some residents already in place.

After a walk around the perimeter we found that most of the main building had already been demolished. Whilst part of it remained, construction around the area was very active, making it difficult for us to envision a way in.

In fact, with construction workers all over the place, we weren’t initially very confident that we would get into any part of the remaining buildings!

After some scouting, we had a lucky break. The main site entrance, used by workers to access the main hospital building area was completely open, and not guarded. With additional buildings remaining on the other side, we managed to quickly skip over the fencing and run towards the therapy services buildings from the main road without being seen. Once inside our first building, we could pretty much wander about with little trouble.

Our first building was the Dermatology & Diabetic Services building. Most of the rooms were offices or consultation rooms, and there was very little medical equipment left. This seemed to be the case for the majority of the buildings we accessed, as we suspect the more interesting pieces of kit would be located in what is left of the main building.

After the Dermatology & Diabetic building, we jumped across to Therapy services, where we found more of the same office type rooms.

As we were unlikely to get to see the main building, we instead decided to head towards the Main Out-Patients Department. While working our way through what looked like administration offices, we could see that the car park between us and the out-patients building was currently being levelled, so we would have to dodge the workmen if we wanted to make it to the other side.

At this point, it’s also worth mentioning that Urbex sites often tend to have non existent phone reception. When this is the case, it’s maybe not wise to split up with your exploration partner. You might end up getting a bit lost, and when you do eventually happen upon each other again, you’ll scare the shit out of each other….

We managed to sneak through, but the section of the out-patients building we could access appeared to be cut off from the main section. Either that, or we just couldn’t find our way through.

After several hours it was time for us to head home, so we skipped back across the car park and out the way we came. We did have a small moment of squishing back against a wall near the entrance as a few construction workers made their way in and out, but once the coast was clear, we hopped back over the fence and out onto the street.