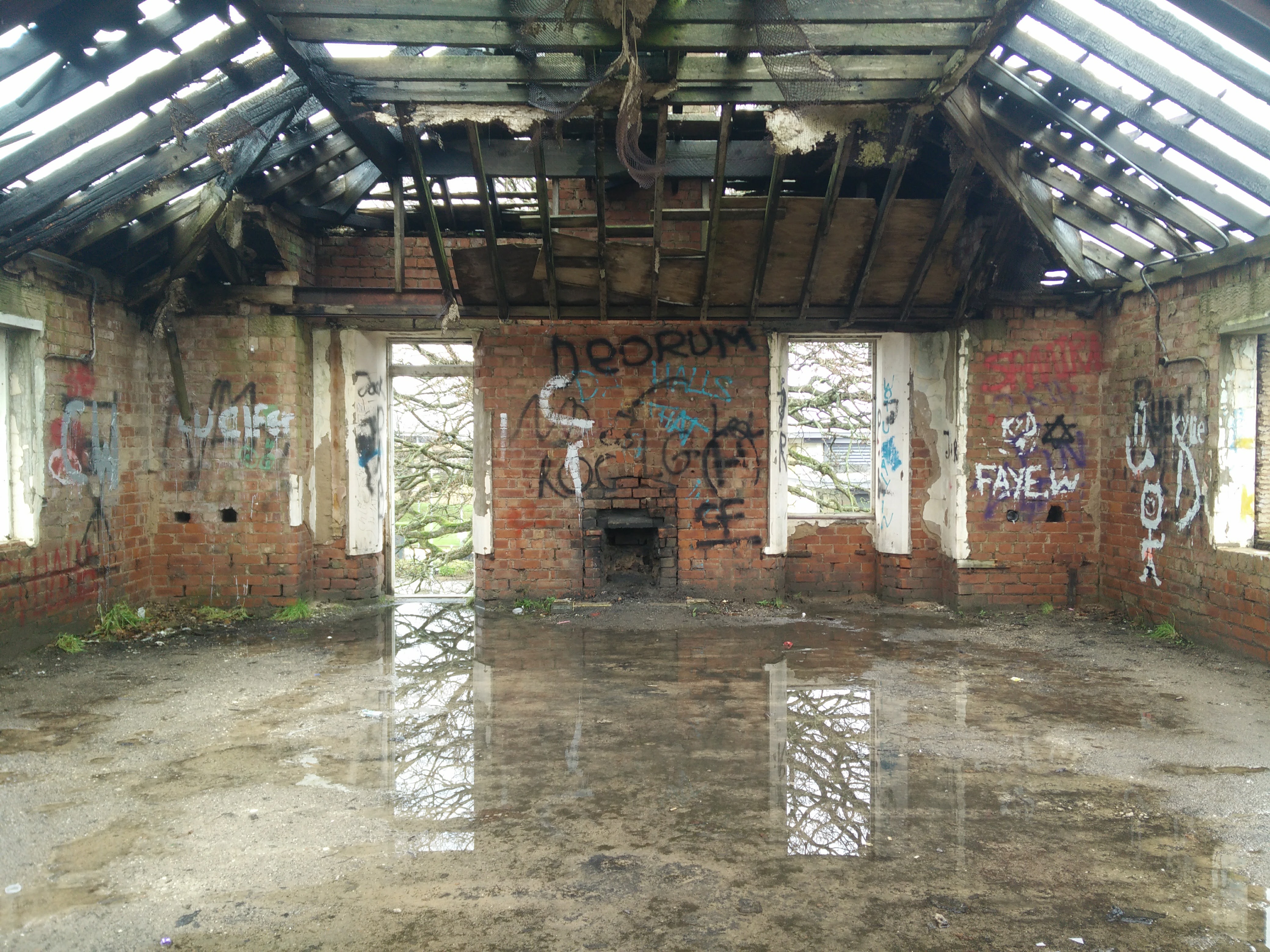 Cheadle Royal Hospital, formerly known as the Manchester Royal Lunatic Asylum, was a psychiatric hospital built in 1848 – 1849. As of 2010, the majority of the original site became part of the Priory Group, which offers comprehensive inpatient mental health services. One building, known locally as ‘South House’ has been left abandoned. It is here in South House which we spent one afternoon this month.

Despite extensive research, I have been unable to find out what South House was specifically used for, so if anyone knows, please do share in the comments section below!

We arrived at the hospital through the main gates and drove around the back towards South House. After parking up out of sight, we waited for the coast to be clear and climbed tentatively over the gate. Despite not being a difficult entry, we did have to laugh at the effort we put into our little access adventure, only to find the gate on the other side had been left open, and we could have just walked in from the road…

Nevertheless we began to explore. We knew before arriving at Cheadle Royal Hospital that it was only one building, and we didn’t have high expectations of what we would find. On arrival at South House, I was pleasantly surprised. There’s nothing left on the site, and most of the floors on the upper levels are gone, but I still quite enjoyed just having a look around.

If anyone is new to urban exploring, I would definitely recommend Cheadle Royal Hospital as a great first site to check out. It’s very easy to access, with limited danger (you still need common sense, some of the floors are missing….) and you’ll likely bump into some fellow explorers if you visit on a nice weekend!