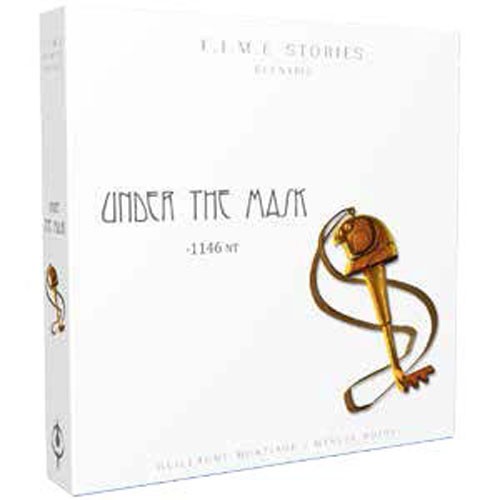 We’ve now completed every T.I.M.E Stories expansion released to date. The last on our list was Under the Mask. The final instalment on our list is set in Ancient Egypt and introduces a brand new concept of the instantaneous transfer device, or ITD.

Enter the Valley of the Kings and unravel a pharaoh’s secret. Under the Mask is the third expansion for T.I.M.E Stories, the cooperative game of time travel, alternate realities, and unlimited discovery. This time, you and your fellow temporal agents must travel back to ancient Egypt to solve a crime that threatens to destabilize the future.

Crucial to your progress will be use of the new ITD. As you work your way through the story, opportunities will arise for you to switch from one receptacle to the new one presenting itself. Each receptacle will have its own unique advantages, but you won’t know what these are, or if you will need them, until after making the decision to switch.

This is a really interesting addition to the game. We were lucky, all the receptacles we transferred to proved useful, and we didn’t skip over any that we absolutely needed, although some tasks proved harder because of this, we probably completed Under the Mask in fewer runs this way. The issue is, you can only conduct five transfers per run, so it forces you to choose wisely, or risk hindering your own progress. 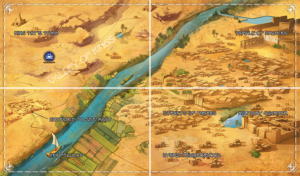 Under the Mask also introduces a currency and trading element, adds additional risk to rolling the Time Captain die, and a penalty for crossing from one side of the map to another. It gives you a few more things to think about and adds elements of luck into how successfully or quickly you progress. It’s little tweaks like this that make each expansion feel very different to play.

Gameplay for Under the Mask feels different to some of the other expansions. Replays feel less like replays and more like continuations, vastly reducing the amount of repetition required in re-runs.

We liked Under the Mask, it’s very different to play than the other expansions. We liked how each run brought us closer to success, with very little repetition from previous runs. We also liked the introduction of the ITD, it adds a whole new element to the game and opens up a lot of possibilities. We hope to see this feature again in future expansions.

I still think Endurance is still my favourite, but there was a lot in Under the Mask that made it stand out.

The RRP for Under the Mask is £21.99, and it can be found at independent game stores, which can be found using this store locator. 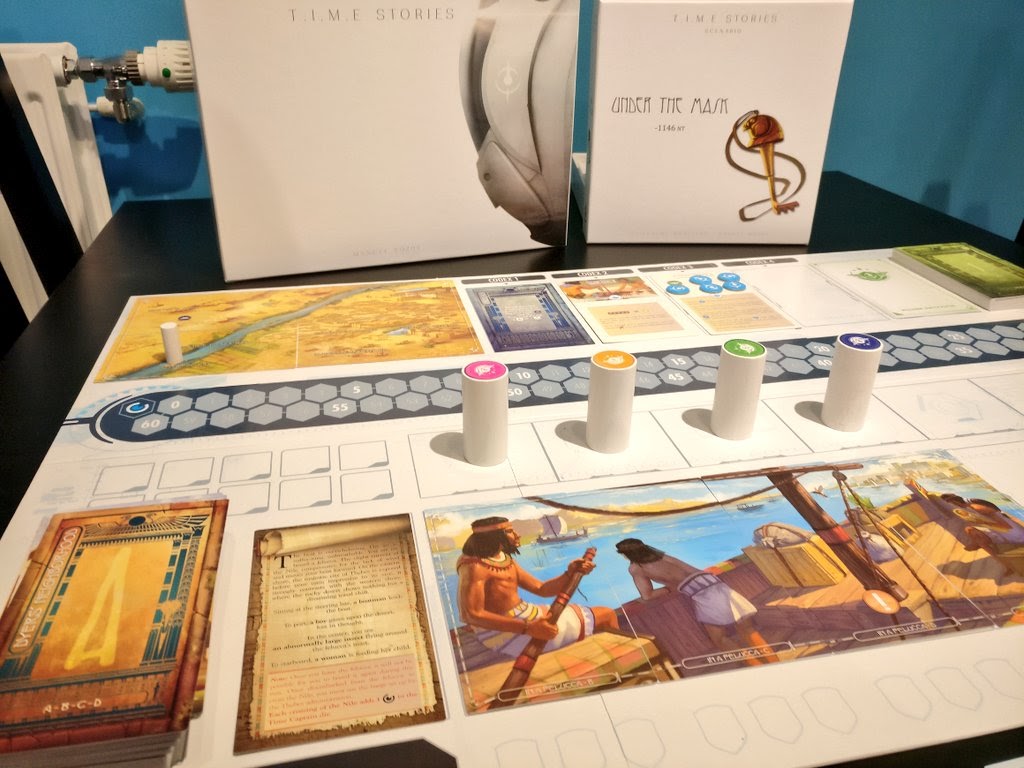