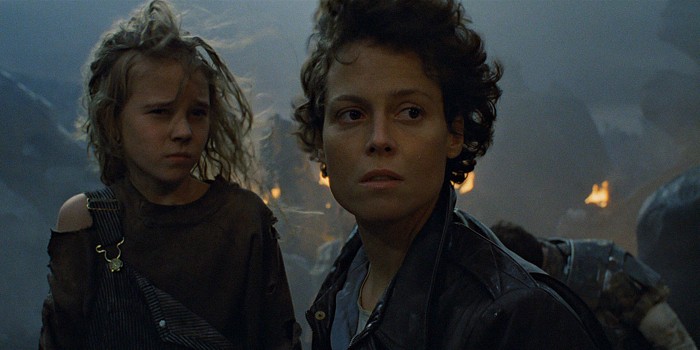 May Bank Holiday saw the first ever sci-fi film festival come to Manchester. Supernova is brought to us from the creators of Grimmfest, and again held at Odeon Printworks, which seems to have now become my home for three weekends of the year, (Grimmfest, Manchester International Film Festival and now Supernova) and from past experience, we know that this is a great partnership.

The festival ran over two days, and brought us nine feature length films and six shorts. The line-up ranged from a UK premieres, classics from the sixties and eighties, and recent releases, and even threw in some intro talks from the film crew

Possibly the biggest sci-fi cult classic out there, 2001 is the Kubrick film that fuelled conspiracy theories over whether or not the USA actually landed on the moon. There’s no denying that the special effects are both stunning and advanced for the film’s time, watching it now you really have to imagine how amazing this would have been for audiences in 1968, to fully appreciate the drawn out opening space scenes.

Bringing the film to current audiences, who are no strangers to outstanding special effects, does pose a risk to those who are more akin to fast action and an abundance of dialogue. I’m slightly embarrassed to say that I hadn’t seen this film before, and I did find it very slow in parts.

The opening scenes could be much shorter, and the last twenty minutes could probably be cut altogether. Sci-fi films always run the risk of going too ‘out there’ and losing people by the end, and any film that finishes with the evolution of a giant space baby has gone too far for me.

What I love about 2001 however is that big bit in between. HAL is by far the best character in the film, and the story arc revolving around this robot going off the rails was the most interesting bit. I only wish that this story had been developed further, as I would happily watch two hours of HAL manipulating the other crew, leading up to his final battle with Dave.

Before starting the film, we were delighted to watch a talk from Oscar winner Paul Franklin on the disambiguation of special effects and visual effects. What was most exciting for me was the actual lack of reliance on visual effects, and more effort put into special effects on both Interstellar and other Christopher Nolan/Paul Franklin films. If you’re like me, you’ll appreciate the lack of green screen and CGI in favour of a more realistic shooting style. Most interesting was learning how they developed the representation of the black hole, using as much science and maths as possible to create an accurate representation of how we think it would look close up, and the results are pretty spectacular! 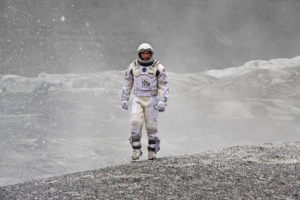 Interstellar is one of the best sci-fi films to have been released in recent years. It has a solid story, amazing cast, a hint of comedy (TARS), lots of action and a well rounded ending (something sci-fi films seem to struggle with). Personally I could lose the whole tesseract sequence towards the end, which goes just a little too far for me, and just slows down the story, in much the same way as giant space baby in 2001: A Space Odyssey. I’d rather my sci-fi films concentrate on story and action, than shoving in science fluff to try and be cool.

One thing I like about Interstellar is that (aside from the tesseract scene) everything is kind of believable. I can fully imagine that at some point in the future we run our planet into the ground, and the world is plagued by dust and dying crops. Of course the whole ‘wormhole placed by them’ is a long shot, but the fantastical setting does now detract from an overall decent plot and good character development. The actors are flawless, and I can completely empathise with Matt Damon going bat shit crazy and trying to sabotage the whole mission just to be able to go home. I also felt kind of bad for TARS when he detached and fell towards the black hole. Too many films now don’t give you the time to get to know the characters, meaning you just don’t care about them as much as you should.

Interstellar and Paul’s talk were some of the highlights of the festival for me, and it was great to see on the big screen.

Moonwalkers was a UK Premiere for the festival. Billed as a comedy, and starring Rupert Grint, I had high hopes that this would be a fun highlight to the Saturday line-up.

Unfortunately I just found the whole thing a bit dry. The premise was funny, and so were the actors, but the whole thing just didn’t seem to come together as well as I was expecting.

Set in the seventies, a CIA agent is sent to England to convince Stanley Kubrick to film faked moon landing footage to show the world if the Apollo 11 mission fails. Due to a series of unfortunate events, our CIA agent fails to locate Kubrick, and ends up trying to film the footage with a washed up band manager and an eccentric artistic film maker whose studio resembles a brothel more than a film set.

With everything in place for a laughs a plenty, for me, Moonwalkers never quite managed to get going. It had a few funny moments, but I expected more. 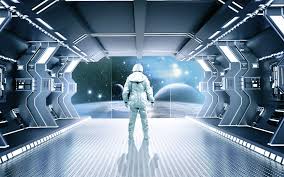 400 Days is a really promising film in the first hour. Four astronauts are placed underground to simulate a 400 day mission, but when they quickly lose contact with mission control, they continue following protocol, assuming it’s part of the simulation. Towards the end of their 400 days, it becomes more obvious that there is something more amiss than just a communications failure.

The last part of the film loses it a bit, and I would have preferred for the film to have progressed more inside the simulated ship, rather than the strange adventure that follows.

The acting is good, and I like the characters,I just think 400 days missed a trick by letting them out of the simulation, and could have created a much stronger psychological thriller had it kept them in there.