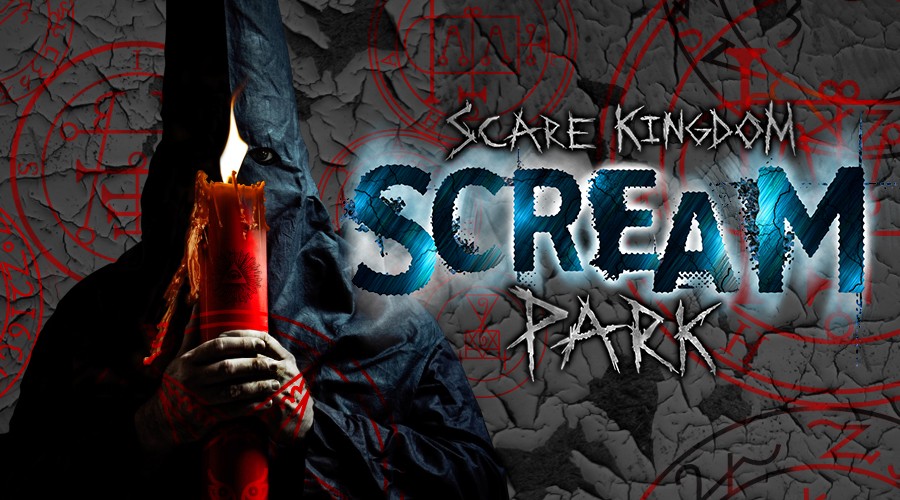 Scare Kingdom has been back and forth for us along with Farmaggedon as to which one we thought was best. 2012 we loved Scare Kingdom, 2013 Farmaggedon became the best thing since sliced bread, 2014 and Scare Kingdom came back with avengeance, and so far this year, we just can’t imagine anything better than Farmaggedon‘s fresh new mazes.

All this means that we were very excited to see the changes Scare Kingdom has made this year. With a whole new theme along the lines of the 7 deadly sins, we were eager to see the new attractions, but also concerned that adding on yet another attraction (they already had 6 last year) could result in a drop in quality. 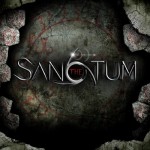 First up we enter the park through The Sanctum, representing Pride, we are greeted by Eschaton, the Minister of Fear…. The Sanctum is a nice change from the cramped Oubliette, and the effects bring a great start to the park.

Heading out, we were surprised not to be heading straight to the corn fields. Now the Clonefields was actually my favourite maze from last year, so I was disappointed it hadn’t been used in 2015, but I suppose depending on how good your crop is each year would depend on whether you had a good enough field to produce a maze, and we wonder if this is why the corn field maze has been cut out. 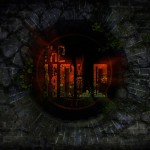 Instead, we head up to The Hole. Replacing Hellcatraz, but with a very similar theme, you navigate the Morigate Gaol from the perspective of an urban explorer. Moving through this old jailhouse, it becomes evident that ghosts of previous residents, fueled by envy, still claim this as their home, and they certainly do not want you there. This maze always stands out for us due to the heavy use of strobing. I sometimes struggle with this as it affects my sight so much I can’t even see the actors when they jump out at me, but keeping the outdoor section in the middle, and then splitting up the group ar both great touches which I’m glad have been kept in. 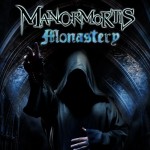 Straight after The Hole is the Manormortis Monastery. Manormortis has been at Scare Kingdom for several years now, and is an amazing permanent structure on the farm. No matter how many times I go through this maze, I will always find something new and amazing about it. Representing sloth, we are guided through Manormortis by a religious sect who have forgotten the commandments of their God. The exorcist girl was a fantastic touch in this maze, and we loved the claustrophobia tunnel, but I still think they could do more with the gravity rooms. 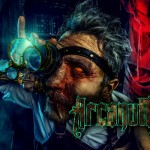 Next up was Arcanum, representing greed, and containing a collection of curiosities from Captain Vernott’s mind. Arcanum is quite a short maze, and not as finished as the others, but was still a fun experience, and we liked Captain Vernott, who thought I would make an excellent addition to his collection, with some minor adjustments of course…. Arcanum was a nice small maze, but being so short, we feel it could have done with something a little more memorable to make it extra special. 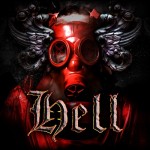 After Arcanum we entered Hell to face the wrath of Satan himself. Another solid maze, where we learn that God loves us, but Satan loves us more, and get to witness the birth of Satan’s spawn. The devil at the end of this maze was amazing, and we loved the walls that reached out to grab you. We loved the set for hell, very intricate and quite beautiful in some places, this maze is reminiscent of the amazing setting in Manormortis and one of the other better designed mazes of the park.

Last up for the regular mazes was Panic Chambers, another small but fun maze to finish off the night. We loved the robotic actress at the beginning of this maze, she was fantastically creepy, and introducing the concept of a challenge maze was fun and refreshing. We enjoyed the little challenges, especially being shoved into dark tight spaces, and would love to see them do more with this next year, as we can imagine a full maze like this working quite well.

In between a few of the attractions we were also highly entertained by Queenie, who insisted on me rubbing her belly :/

Overall Scare Kingdom has done a great job this year in providing a good variety of mazes, although there are some aspects which we feel they have only just begun to touch upon. Introducing more crawl spaces, splitting up groups, and water effects is great, but we can’t help but think they could do so much more with these themes. Instances of having to crawl or climb are very short lived, when split up it’s not for very long, and being squirted with a touch of water is an effect not fully utilised. Next year we want to see more use of tunnels and varying levels, we want to be forced through mazes in pairs with people we don’t know, more solo sections, and to be wishing we brought a change of clothing by the end. Scare Kingdom is a park with unlimited potential, and every year they get better!

After we had finished six out of seven deadly sins, we couldn’t go home without experiencing the seventh could we, so off we went to Psychomenteum.