Review of Introduction to Arduino Course at MadLab 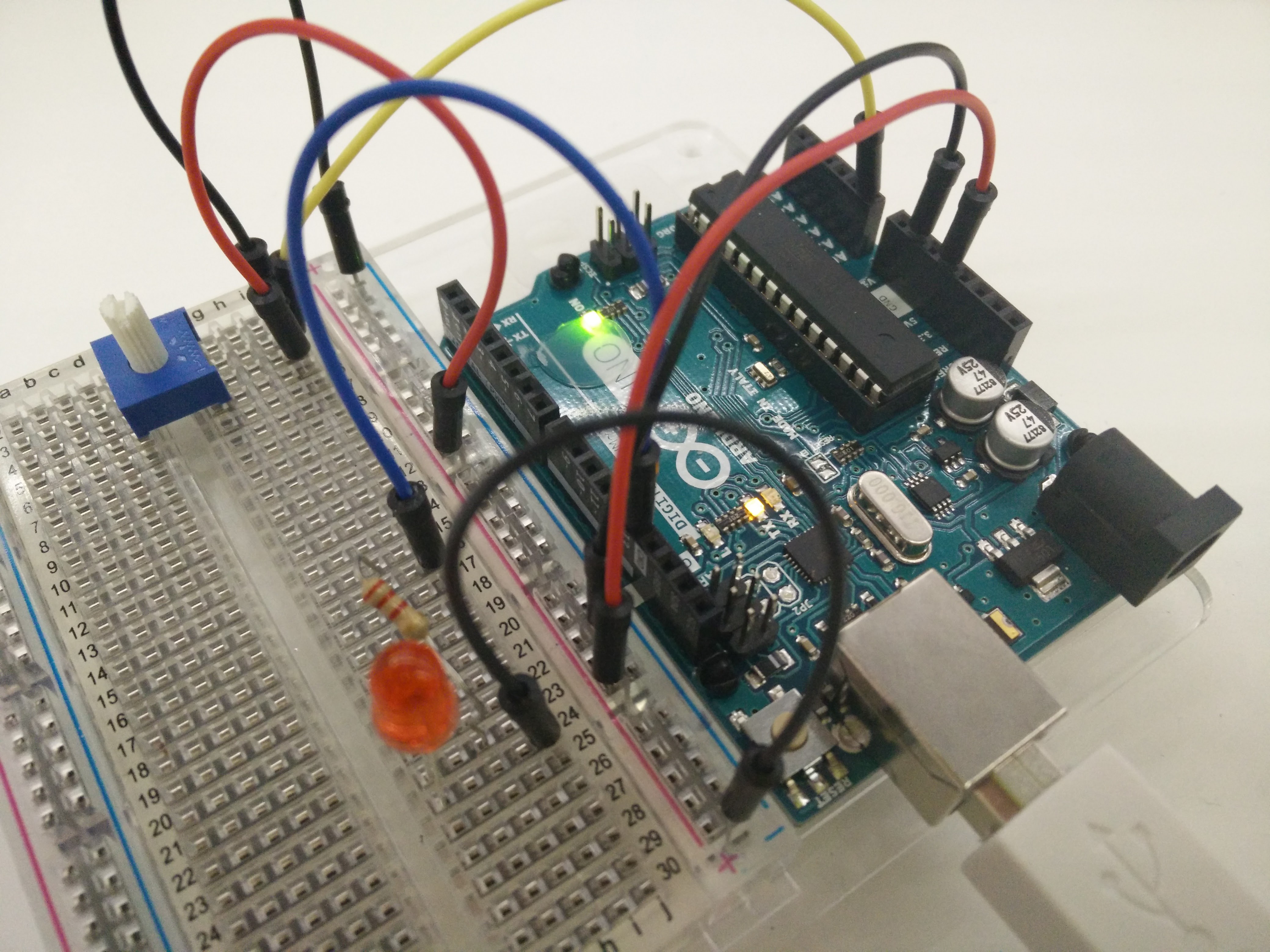 After completing the WordPress for Beginners course at MadLab, my next course to tackle was Introduction to Arduino. I was bought an Arduino starter kit last year, and never really managed to get going with it. I found the code very confusing, and found it difficult to learn the basics of the language enough to write anything myself.

One of the best things I learned from this course was that I need to be less bothered about understanding each bit of code, and instead, to just play around and have fun. The best way to learn is to take someone else’s code, and if you don’t understand what a part of that code does, change it/break it, and see how the output is affected/what stops working. There’s nothing wrong with hashing together bits of other people’s code to build the program you want.

One of the great things about using Arduino for beginners is that it’s very forgiving, and almost impossible to blow up. It provides an introduction to physical computing, which means that it can react to and sense the physical world.

First up, this course comes with an Arduino ARDX Starter Kit from Oomlout, worth £62.00! This is an amazing piece of kit, which comes with your own Arduino Uno, and tons of components to get started. 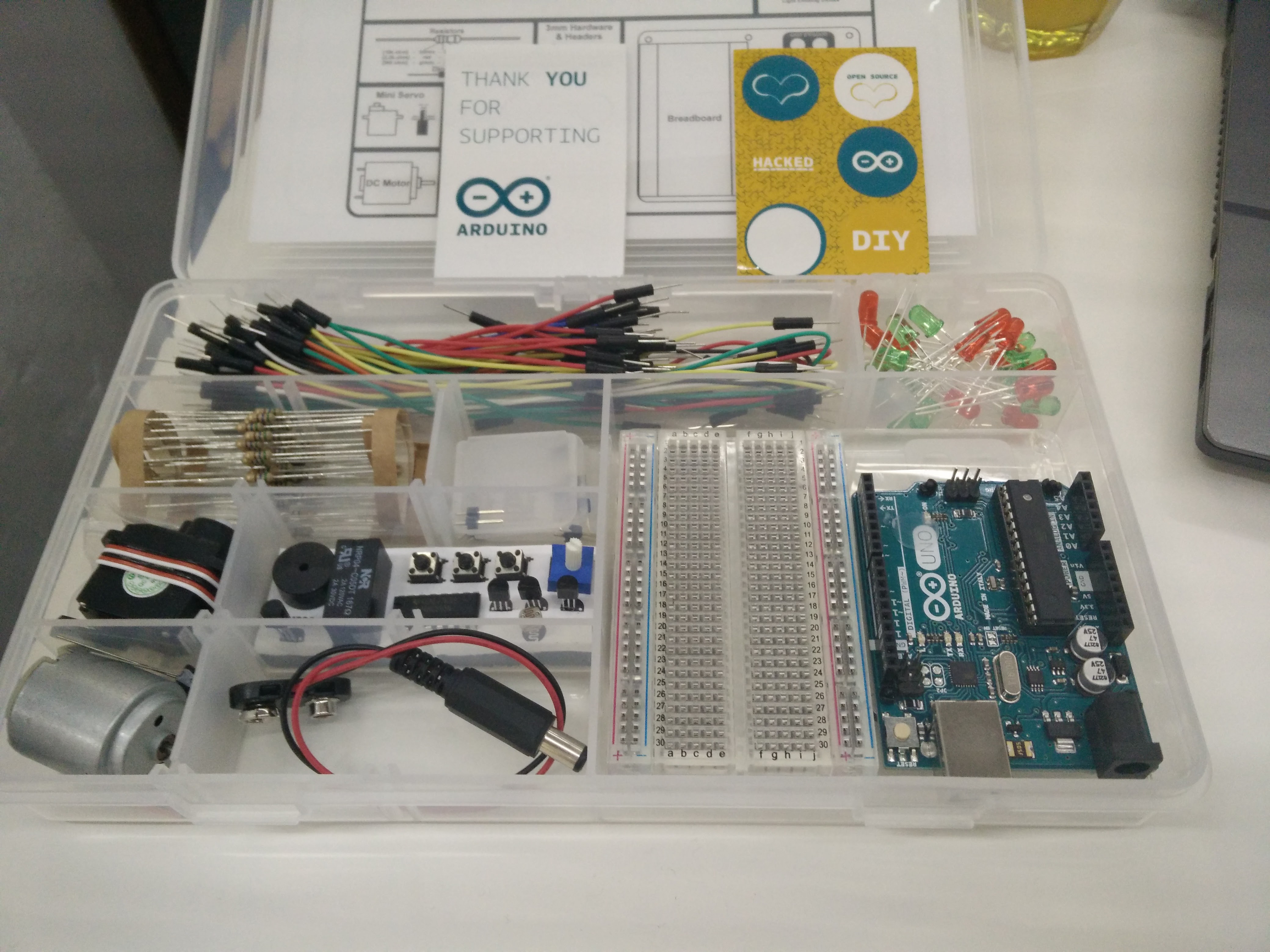 Another great thing about the Arduino IDE is that it comes with a stack of example programs built in. This makes it great for people who might not be great at programming, as you can find examples similar to what you want to do, and use that as a basis, while hashing in other bits of code or making tweaks until the program becomes what you want it to be. 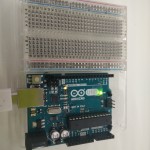 Throughout the course we put together a number of different circuits to see how some of the example codes worked.

The first program we looked at was the example blink, which pretty much just makes the built in LED flash. Despite it’s simplicity, it’s a great program to learn the basics of circuit building and Arduino code. There’s also something quite satisfying about ‘making a thing’ and seeing it work.

This was followed with a variety of example circuits and programs, including examples using buttons, and the piezo element. (Play video below with sound enabled)

We also used Processing, to allow us to talk to the Arduino direct from the computer, and played around with the photo resistor, potentiometer & mini servo motor.

After getting to grips with the basics, there was time left to have a play around. In the end, I produced this Knightrider Theme with LEDs.

The MadLab Introduction to Arduino course is a great way for beginners to get into electronics, and feel more confident about playing around with circuits and programs. The fact that half the cost goes into the kit (you get to keep), AND you get lunch and refreshments, shows what great value for money this course is!

I would definitely recommend this course to anyone who wants to get started with Arduino, it’s a lot of fun, quick to get started, and you get to see results very quickly. I used to be scared of working with electronics as they seemed far too complicated, but now I cant wait to play around more!