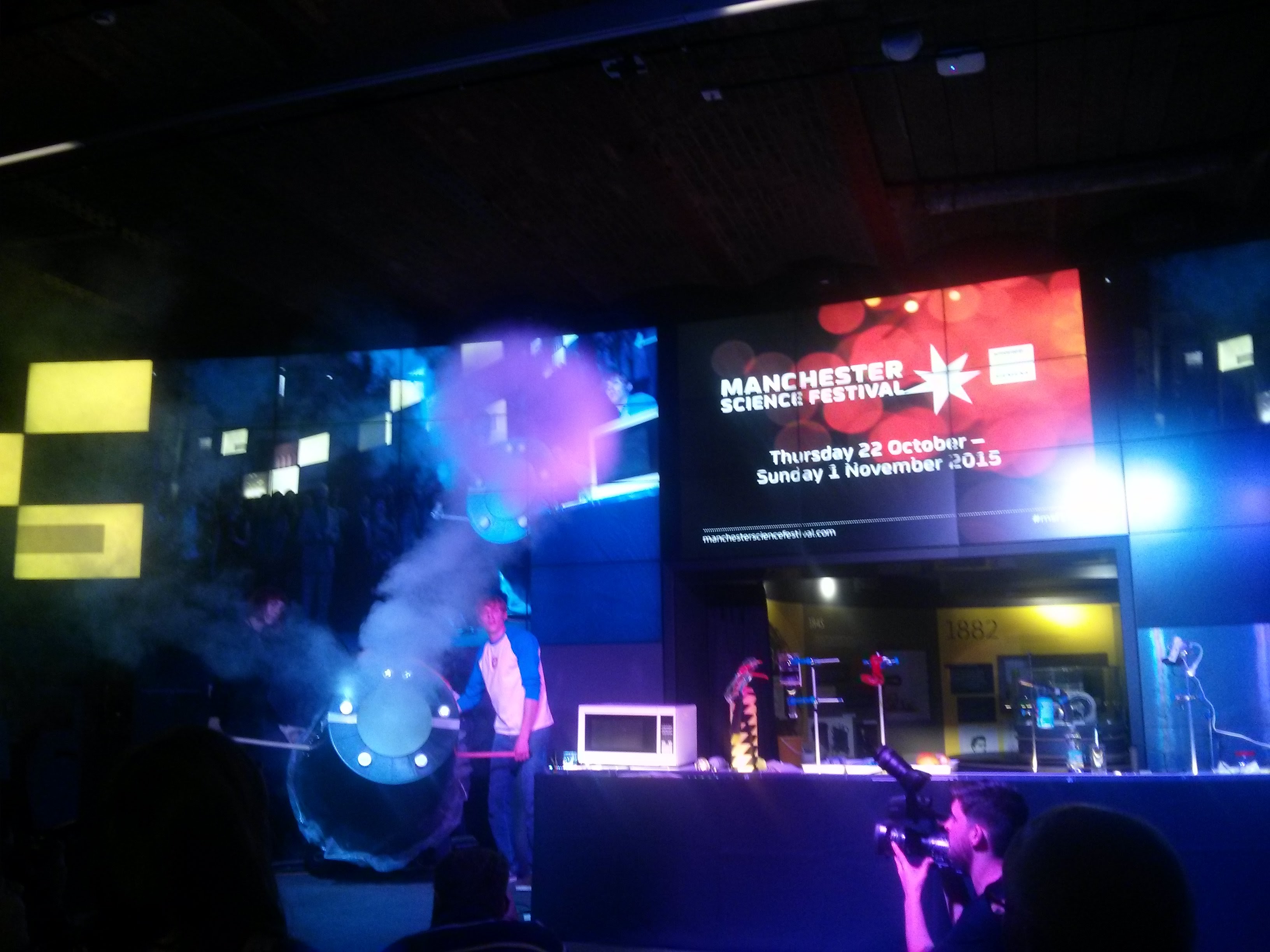 Last night saw the launch of the 2015 Manchester Science Festival. Held at the iconic Museum of Science & Industry. On arrival we immediately knew that the organisers were going all out to bring us non stop science for the event, with event the canapes forming part of an experiment.

First up we took part in the Kandinsky Effect, where we were given 3 versions of a canape with the exact same ingredients, but presented in different ways. The idea was to see if the visual representation of a food can enhance our taste experience. The canape was made with oyster, radish, verjuice, mouli & beetroot, so not only did I start my evening with an experiment, but I had my first taste of oyster!

Next up we took part in some taste tests, in which we were given samples of different fruit juices, but each was the wrong colour. It’s amazing how just a simple change in perception can cause such confusion. The first drink, an almost black colour, I immediately identified as orange juice, but the next two had me stumped! It turns out that lime and lemon juice are very difficult to identify when coloured blue and green…..

We also sampled some guilty pleasure foods. Strangely enough, I found that mixing pickle into peanut butter made it more pleasant, but I doubt I’ll ever get on board with salted crisps and chocolate milk. I just don’t do mushy!

After taking part in a few fun experiments we headed over to the main stage for the grand opening of the festival. Introduced by Marieke Navin, Director of the Manchester Science Festival, we see how they aim to introduce a programme which puts creative and quality science engagement across the city, embedding science as part of normal culture. The festival also launches Manchester as the European City of Science, a huge opportunity to show off Manchester on the world stage, through to the Science Festival’s 10th anniversary next year.

Next up is Sally MacDonald, Director of the Museum of Science and Industry, who tells us more about the Cravings Experiments. It turns out that the canapes have been specially curated by Mary-Ellen McTague, an award winning Manchester chef. We also learn about the photo booth where you can tell the world what you will create, tell, share or join over the next 12 months as part of a year long celebration of science. Huge thanks also went out to the sponsors, Siemens, University of Salford, Electricity North West & Waters. 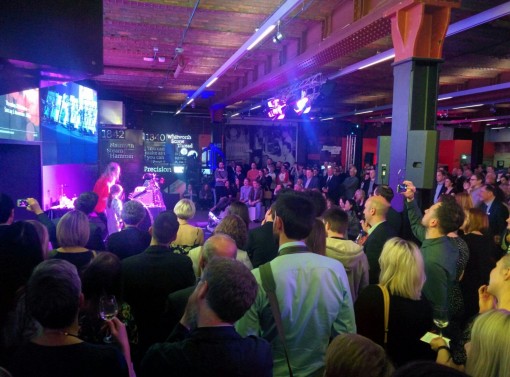 We didn’t have our picture taken during the night, I’ll have to think carefully about what I want to give to the festival. Hopefully I’ll have chance to return to the booth and make my promise for getting involved over the next year.

After the speeches we had chance to take part in the second of the Cravings Experiments, in which four different canapes were sampled, and each was rates as either bouba or kiki. When we went to the board to add our opinions, we were surprised to see how similar people seemed to rate these foods in these made up ways. 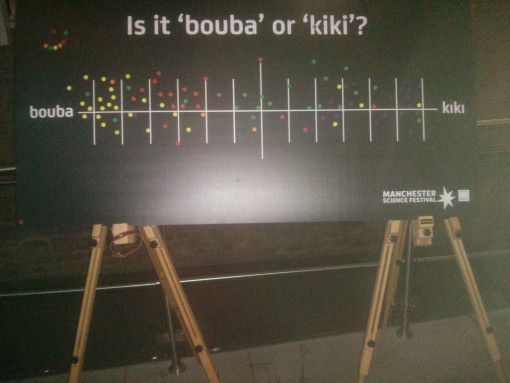 To finish up our night we had the pleasure of watching Gastronaut Stefan Gates on stage with an abundance of mini experiments to show off the sort of extravaganza we can expect throughout the festival this year. From painting our tongues blue, creating an earthquake, firing strawberry flavoured vortex donuts at the audience and smelling cheese, we were given a fantastic show. Stefan is also running Cravings Late on Wednesday the 28th November, which we’re gutted we’re not able to attend, but would definitely recommend you watch if you can!

We can’t wait for this year’s Science Festival, and we’ll be back on the 22nd for a viewing of three highlights of the festival, Evaporation, Cravings: Can your food control you? and JUMP IN!

We’ve also managed to bag ourselves tickets for The Infinite Monkey Cage with Professor Brian Cox that evening, so we’re certainly looking forward to an amazing time at the Manchester Science Festival 2015!