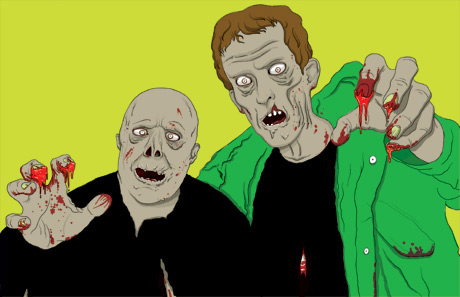 I have attended the Leeds Zombie Film Festival for the past two years, and have seen some amazing zombie films. The play list usually includes new films, old films, shorts, indie films and foreign films, with a good mix to keep you entertained for 12 hours straight.

Although I have always enjoyed the film festival, it did seem to struggle slightly in 2014, and we wondered if the festival was being hindered by a lack of material to showcase, and it seems that the creators have come to a similar conclusion. Although I'm sure there are many more zombie films out there, in order to keep things fresh, this year the Leeds Zombie Film Festival has become the Leeds Horror Film Festival!

As usual the festival takes place at The Cottage Road Cinema, Sunday 26th April, tickets are £15 for the full 12 hours, and profits are donated to the World Animal Protection charity.

So, with a slightly new outlook on this year's event, lets have a look at the running order;

[imdb id="tt0089013"]
[imdb id="tt0082010"]
[imdb id="tt0050766"]
[imdb id="tt0070047"]
[imdb id="tt2832470"]
Headlining this year is a "Blindingly Brilliant Premier Mystery Sixth Film", any guesses as to what this may be?
So we have Demons, Werewolves, Devil Cults, Possession, Nazi Zombies and a mystery headliner! Looks like I'll be dusting off my copy of Dead Snow to make sure I'm ready for the highly anticipated sequel, and I'm very excited to see what the 6th film will be....... For more information and updates please visit the website http://leedszombiefilmfestival.com/
Thanks for reading!
GirlGeekUpNorth
Like me on Facebook - Follow me on Instagram - Follow me on Twitter