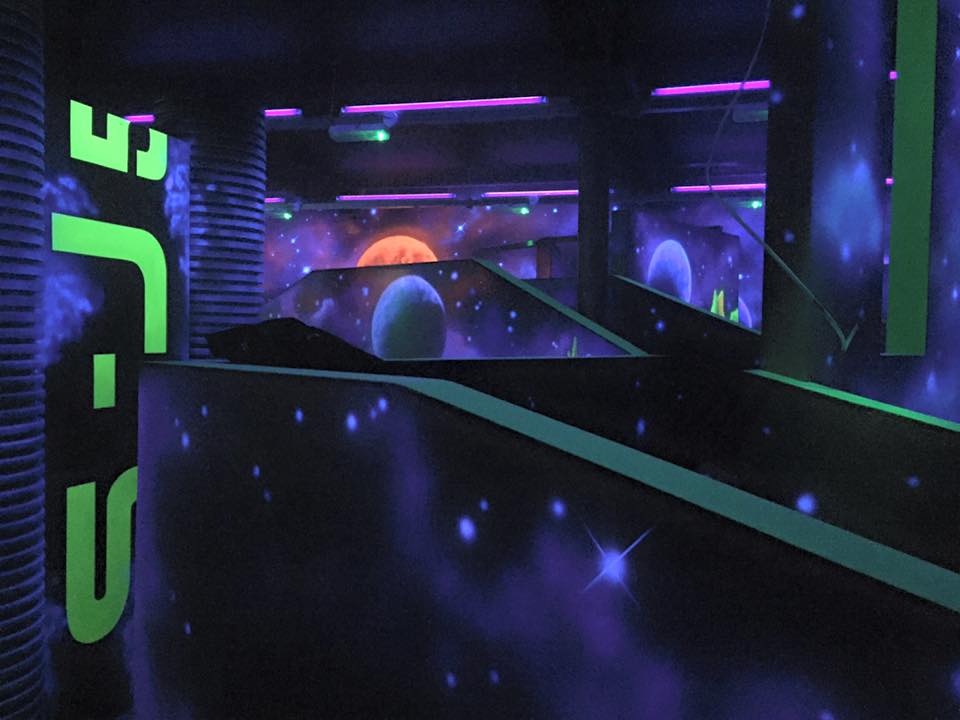 It’s been a while since I played laser quest. Well, actually not that long, as I only played laser quest for the first time a few years ago, and I was a bit rubbish…. None the less, I did have fun, so we were excited to pop back up to Preston and attend the launch of Laser Quest, which is the latest addition to the existing Escape Rooms UK Preston site at Aqueduct Mill (of course we squeezed in an escape game while we were there too).

First up you’re sent into a holding room to receive instructions and rules on how to play the game, before being ushered back out into the play zone. The packs are pretty cool with flashing light targets on the front and back, shoulders and on your gun, so it’s easy to see where to aim for.

The Laser Quest setup is pretty amazing, with a space theme and lots of smoke and UV light, it really adds to the overall atmosphere. We also loved the good maze quality to the play zone, and the use of varying levels, which provided lots of hiding places and opportunities to take your opponents by surprise, although usually that meant I just ended up screaming all the time when people jumped out at me…..

It’s not the largest setup I’ve seen, but with a maximum of 24 players, it’s the perfect sized play area, AND we prefer the more intimate group size much more than 30+ players in a game.4

I did better than I thought I would, coming 10th out of the 24 players in our group, and I certainly had a good time running around like an idiot shooting my friends! 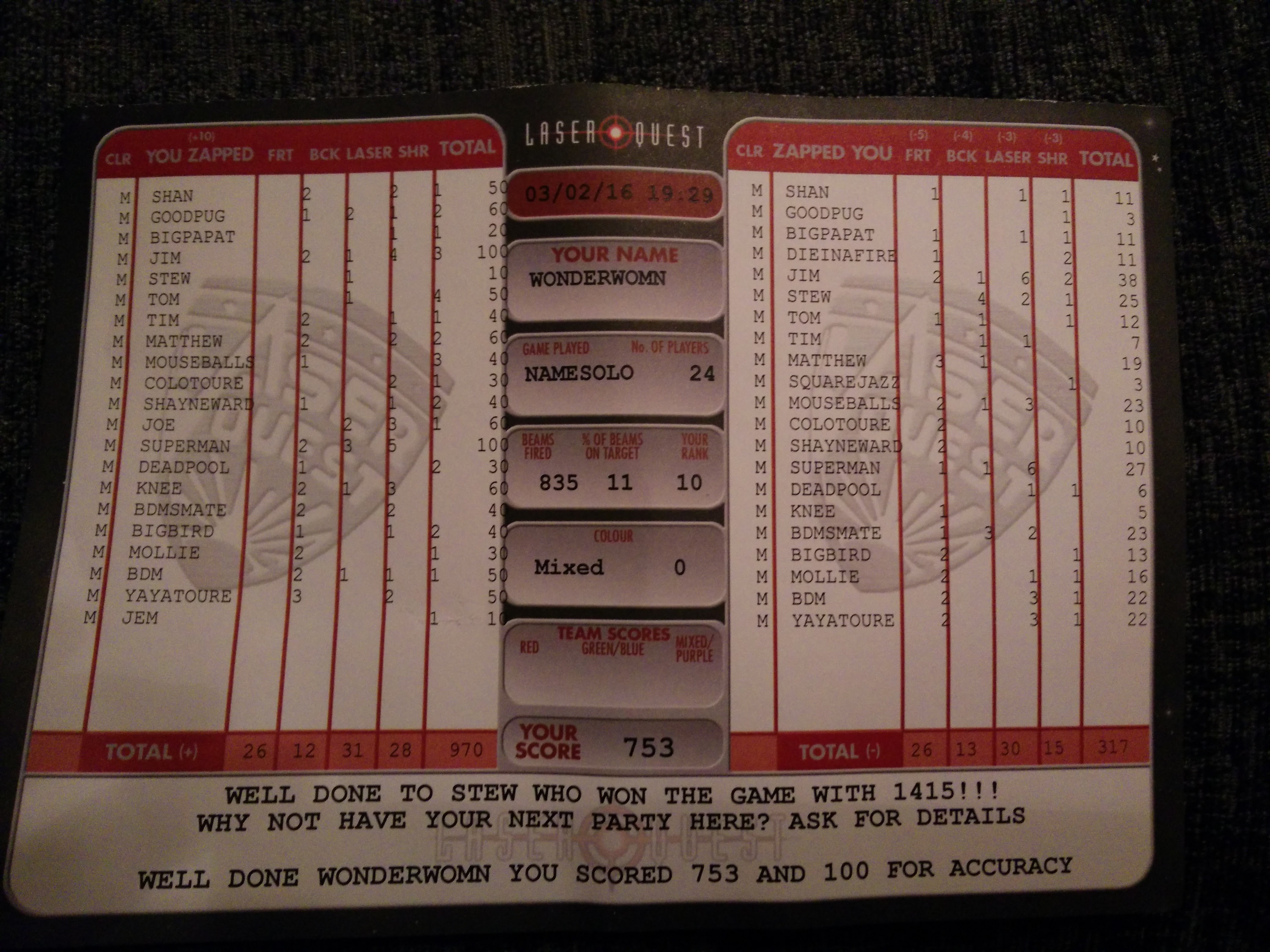 The game lasted about 15 minutes, and was a lot of fun. I would definitely recommend giving this a go, as you’re certainly never too old for Laser Quest! Prices start from £5.95 per game and you can also book out the whole site for private parties fro £120!