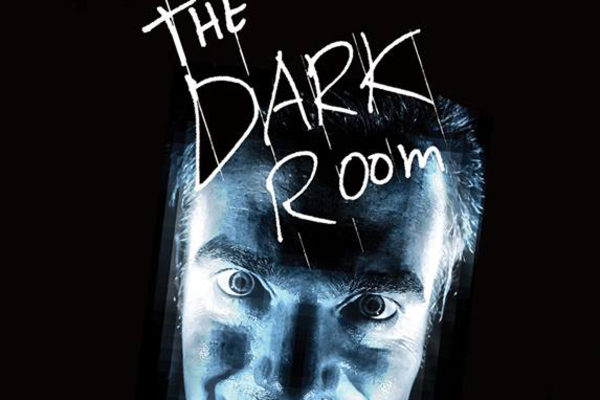 Last night we went to see John Robertson’s “The Dark Room” at Gorilla in Manchester. I didn’t know much about the show before we arrived, only the tag line of it being the world’s only live action video game, and we suspected it may be similar to Knightmare Live, which we really loved.

We were kind of right, but one thing was for sure, was this this was a phenomenal show. John Robertson has take a rubbish 80’s game, and made it into solid adult fun, especially for those of us born in the eighties who would have been familiar with the original concept.

Cast your mind back to the computers of the 80’s, with floppy discs that were actually floppy, and the introduction of the text based adventure game. Now I understand that I am probably in the minority here, but I actually liked the old text based games. I enjoyed making decisions and seeing what the outcome would be, and having to work out how to finish the game, although I think most people came to detest them, I think last night we all agreed that “The Dark Room” is pretty awesome.

Based on the old text based adventure game, audience members are called upon in turn to attempt to find their way out of “The Dark Room”. Each game begins the same way;

You awaken, to find yourself in a Dark Room

And you are given 4 options to choose from. Based on the options you choose, your guide will provide the game’s responses to your choice, until you either win, or in the much more likely scenario, you die.

One thing is for certain, there’s no point looking for the light switch….

YOU CAN’T! YOU’RE IN A DARK ROOM, YOU NEED THE LIGHT SWITCH TO SEE! DO YOU SEE?

The night was filled with much laughter, some unexpected Q&A, a vindictive team from CBeebies, many Jesus lookalikes, quite a few bondage references, and a flamboyant potato (pinapple).

If you have the opportunity to see this show, I would definitely recommend you take it, you will not be disappointed. And if not, play the game for yourself on YouTube.