How I became a cat person 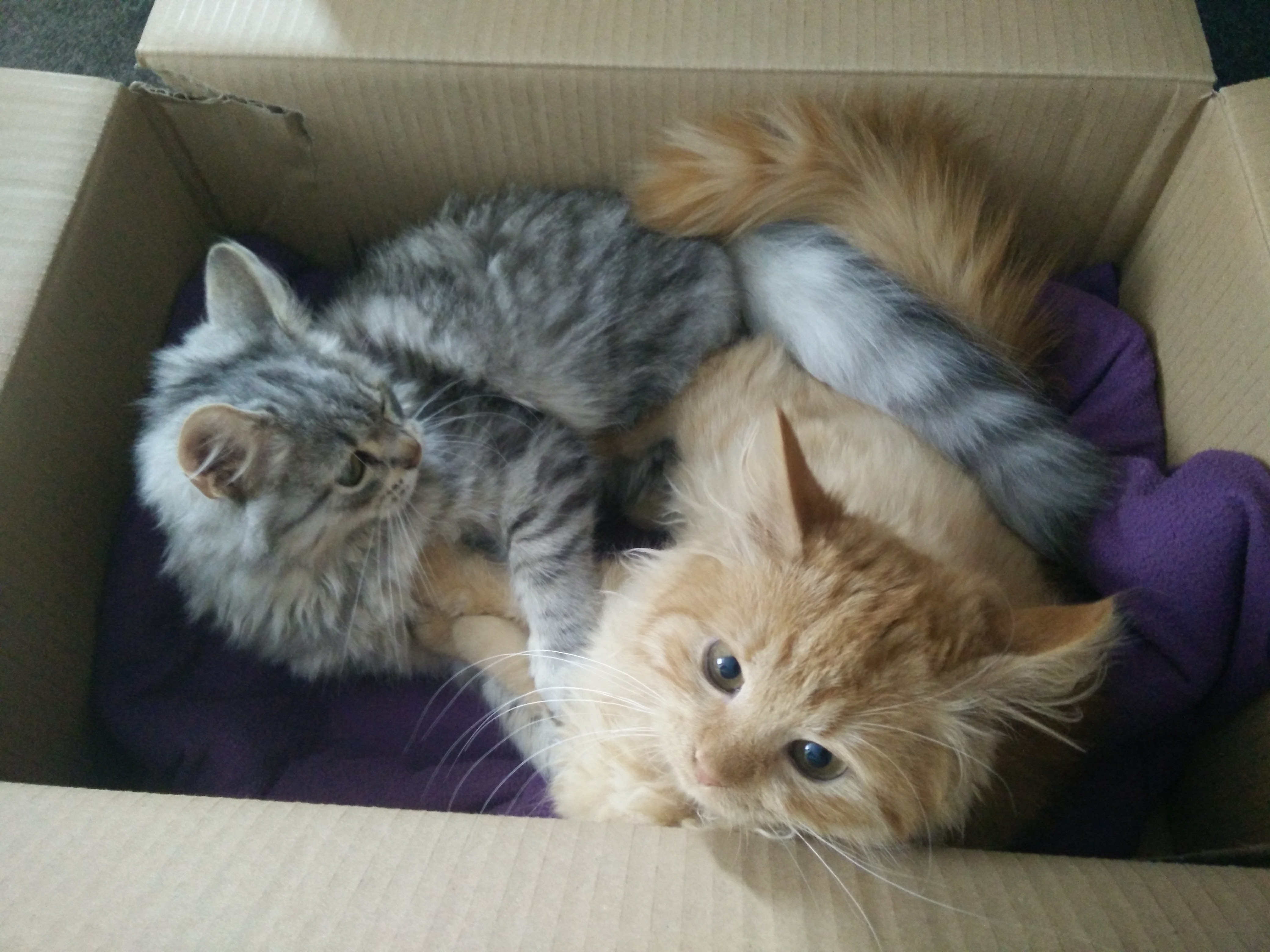 The short version – I got a cat…

But for those of you looking for something more substantial, here’s the long version…

I’ve never been a cat person. I don’t like how cute kittens are to look at, but in reality they dig their claws in and it climb up you, covering you in scratches. I also developed a cat allergy in my teens, which obviously didn’t help, but all my life, I’ve wanted a dog.

The problem is, we both work full time, so it would be unfair to have a dog, but that didn’t stop us longing for a companion pet. I’m not even sure how it came to our attention, but we found out that certain breeds of cat were hypoallergenic. Personally, I thought this was rubbish, but I was willing to investigate. A lot of the hypoallergenic breeds are the Asian breeds of cat, which have never appealed to me, and I’m still convinced that the Sphynx cat is more like a rat. There were however, a few more ‘traditional’ cat breeds among them, and the one I fell in love with, was the Siberian.

Siberians are not only supposed to by hypoallergenic, but their personalities are rather ‘dog like’, which suited me to a tea. After arranging to visit a breeder an hours drive away, we popped over to see the cats in person. After 30 minutes of rubbing a cat on my face as much as possible, I hadn’t even seen a hint of a sneeze, so we put down a deposit on the next batch of kittens.

Several months later our litter arrived, and we chose to reserve a grey tabby female, who we later called Sudo.

Sudo was the perfect cat for us. She was friendly, affectionate, followed us around the house, and I even had the occasional game of fetch! After about three weeks I did have a mild reaction to her. My eczema flared up and got really itchy on my face, but another three weeks passed and the flare up died down.

After she had settled in, Sudo quickly became Arran’s cat. When I came home from work I was the best thing since sliced bread. She would jump all over me and lavish me with cuddles, until he came home, at which point I no longer existed.

The only issue we now had was not being able to stop at one. So four months later, we added a little ginger tabby female called Leeloo to the fold.

Leeloo is very different from Sudo. She’s much less vocal, not as much of a jumper, and isn’t a licker, but this one is my cat, so I don’t care.