Well, what an interesting weekend! We spent the 6th – 9th October, pretty much camped out at the Printworks Odeon for Grimmfest 2016, Manchester’s International Festival of Fantastic Films, featuring movie premieres, genre classics and special guests.

Not that we didn’t enjoy Grimmfest 2015, but this year, was really good. Let’s have a look at the best bits….. 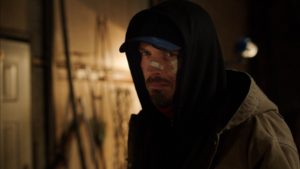 The Unseen kicked off what ended up being our favourite day of Grimmfest 2016, with every feature film being strong and memorable. To begin with, we might wonder why this film was included. A story of an estranged father trying to reconnect with his daughter, the film begins quite unsurprising, until the more bizarre undertones begin to seep through. An interesting twist combined with exquisite SFX makes this film stand out in a crowd, but it’s the solid characters and the story they tell that made us remember it. 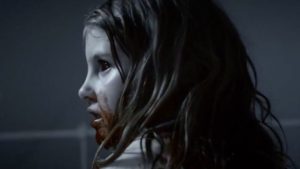 What We Become is a Danish film, and our first feature from the zombie/outbreak genre. The story follows a family and their attempts to survive after an outbreak sees their town quarantined. Concentrating more on the experiences of the survivors, we see very little of the infected until much later in the film. There’s not much in the film to surprise us, the concept is something we have seen before, but the cast are good, the characters are strong, and the film was a great addition to Grimmfest 2016. 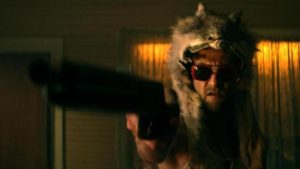 One of the best films of the entire festival for us, My Father Die is a revenge tale like it should be done. With an exceptional cast, and a solid story, we spent more time on the edges of our seats than not. Whilst My Father Die is the second Southern Gothic revenge tale in Grimmfest 2016, it was still hugely different to Let me make you a Martyr. Of all the films we saw over the weekend, this is one of the few we’ll be remembering for a long time. 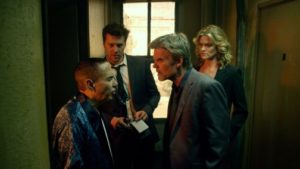 A very different film to be thrown into the mix, yet Director’s Cut was a welcomed ‘light’ offering in the midst of the more serious films of the day. Penn Julliette is superb in both his commentary and character, providing us with plenty of laughs throughout, and you can’t help but empathise with the crazed fan, despite his complete delusion. 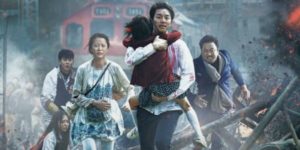 I can’t say that we’ve seen a ton of films from South Korea, but I can tell you I’ve never seen a bad one. Oldboy will likely be the best film I ever see, so I have a soft spot when it comes to South Korean cinema. Train to Busan doesn’t fail to disappoint, a solid entry into the zombie/outbreak genre, thankfully concentrating on the interactions of the survivors instead of becoming lost in the action. The zombie/outbreak genre is doing very well so far at Grimmfest 2016, but we think that this is the one coming out on top.

Dominic Monaghan provides a chilling performance in this stalker thriller with a huge twist. It’s nice to not see the twist coming, as this doesn’t seem to happen very often anymore. What starts out as a bog standard stalking and abduction film, quickly becomes something much darker, plunging us into a psychological thriller of dark secrets and manipulation. 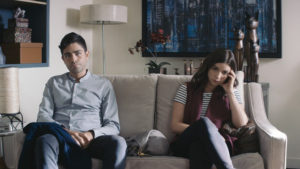 Trash Fire is another untypical offering for Grimmfest 2016. Not so much a horror on the surface, but a tale of family reconnections, troubled pasts and witty comedy. Trash Fire is a lot of fun, and something we’re very glad was included in the programme. We especially loved the performance from Fionnula Flanagan, who does psychotic old lady surprisingly well! We’re not too sure about the ending, but at least we didn’t see it coming… 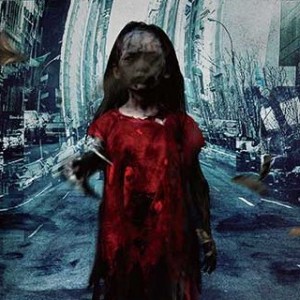 Our second Asian film of the weekend, this time from Taiwan, The Tag-Along takes us back to the traditional ghost story horrors that saw Asian horror leap onto our screens, back in the days of The Ring and Ju-On. While being a very enjoyable film, and one any fan of Asian horror will love, The Tag-Along doesn’t particularly bring us anything new, and an over reliance on CGI has the film losing some of that raw creepiness it’s predecessors do so well using actors. In fact, it almost felt as if it took something away from the film. Everyone remembers the scene from The Ring with the girl coming out of the TV, it’s an iconic and eery moment. The use of CGI for these bits in The Tag-Along mean that the shock factor is completely missing, when it would have been so much better had actors been used instead. 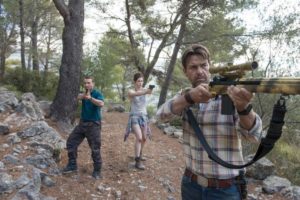 The Rezort was a brilliant addition to Grimmfest 2016, billed as Jurassic Park with zombies, and the analogy is pretty spot on. The concept was genius, and the characters all strong, especially Archer, who was by far our favourite. Despite its fanciful premise, consider the circumstances more, and The Rezort probably isn’t far from reality should the zombie outbreak ever occur.

These might have been our highlights, but Grimmfest 2016 brought us numerous other amazing films. We even had the pleasure of chatting with some of the Directors, Producers and Cast members, so there will be more film reviews, and interviews to follow!