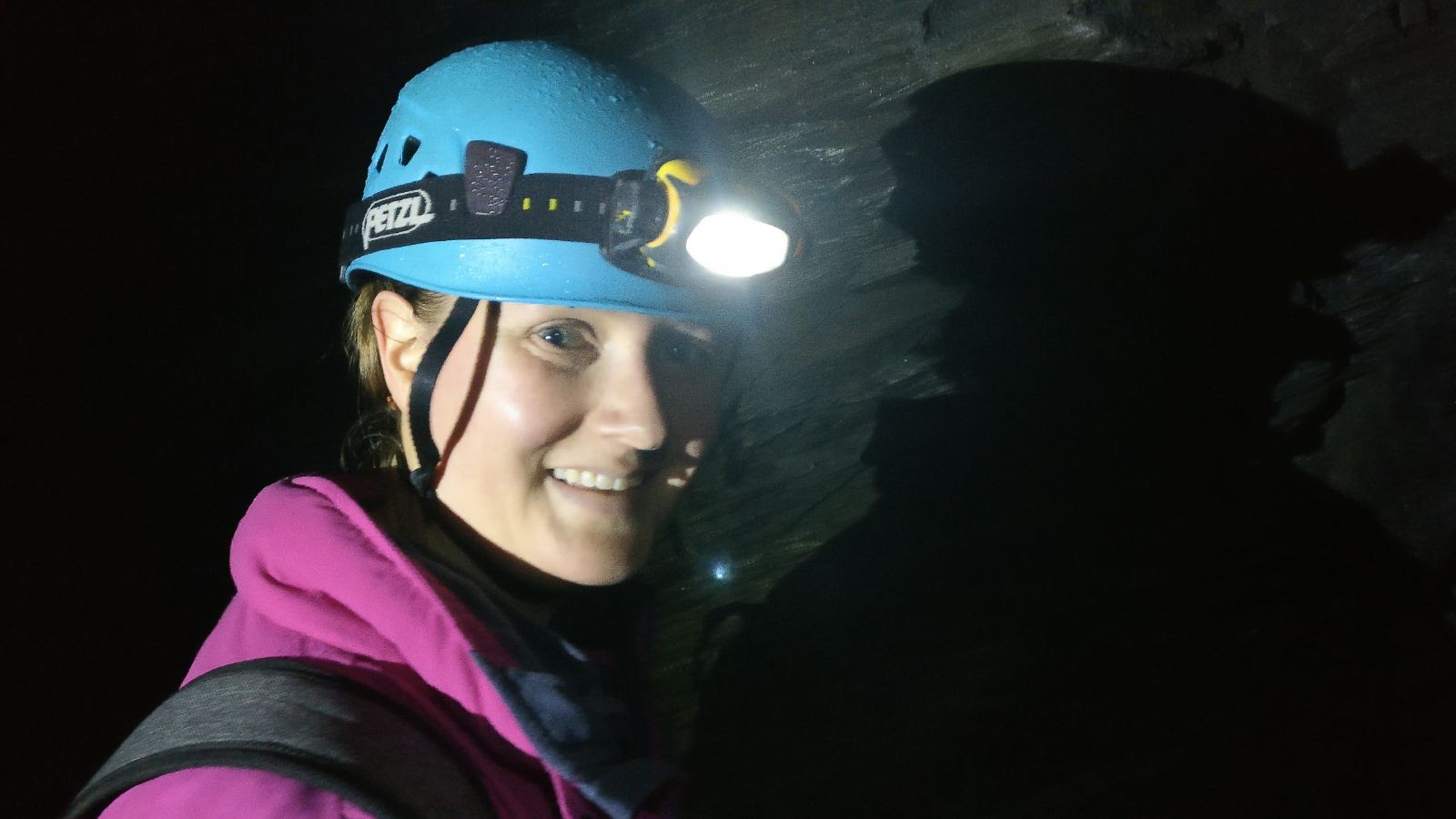 This weekend we drove to North Wales for an underground adventure. One of my Christmas presents from last year was two vouchers for the Go Below Challenge trip (thanks mum), but we decided to wait until the Summer to book so we could combine it with a glamping weekend. Despite waiting until July, we were still greeted with wet weather. Fortunately, as most of our Saturday was to be spent underground, we didn’t really mind. 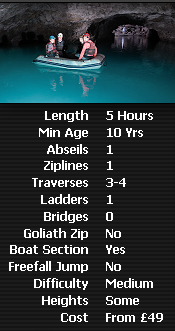 Go Below do a few different underground trips, but I opted for the easier (easier, not easy) Challenge trip for a few reasons:

We were lucky enough to book into a campsite right across from the Conwy Falls base, so we had no problems getting there for the 11 am start time. After we had booked in at reception, we went to the kit room from the car park to get everything we needed for the trip. Go Below provide you with wellies (you’ll be walking through water most of the day) a hard hat with a headtorch and a safety harness. Our instructors for the day were Andy and Matty, if you’re lucky, you’ll get to hear Matty’s jokes throughout your trip!

Once everyone was ready we hopped into a couple of vehicles and drove to Cwm Penmachno, a former quarry settlement at the head of the Penmachno valley. From here, we walked for approximately 30 minutes up steep terrain to reach the entrance of the Rhiwback slate quarry. It’s a hard slog up the side of the hill, but the views of the Welsh countryside as you climb are stunning.

The entrance we used gains you access to level two of the mine. Rhiwbach Quarry was eventually extended to work on eight floors when it was in use. The lowest floor is now completely flooded and inaccessible, which is why we began on floor two. Over the next three hours, we would move through the mine ascending through the floors, where we would exit about 1km further up the hill.

After entering the mine, you spend most of your time walking through water, however, it’s not deep, and the lack of sunlight means no algae can grow, and the path is not slippy. Moreover, the water is surprisingly clear as it runs through the abandoned tunnels. The mine is cold, but not unbearably so, maintaining a constant 10 degrees throughout the year. That being said, a warm coat and gloves would be advisable for this trip.

We were really excited about the list of challenges on this trip. I’ve always wanted to do a zip line, and I was hoping that my new found climbing skills would come in handy too!

Our first challenge was a boat trip across a large cavern on floor two. As the cavern was located directly above another cavern on floor one, and the flooding of the lower level had caused some floors to give way, our boat trip would be over 90 feet of ice cold water, running all the way to the very base of the mine.

After the boat trip, we made our way to a short zip-line over another pool of water. I was really nervous about the zip line, but once I was strapped in I didn’t really think about it and really enjoyed zooming across the small lake. In fact, I’d like to do more of this! The zip line on the Challenge trip is quite short, so I would love to go somewhere that has more zip lines or longer routes to travel down.

The next challenge was the biggest, a climb, followed by a traverse and abseil. The climb was quite slippy, and although not particularly challenging, it wasn’t easy either. The next bit was horrible for me. In order to complete the traverse and abseil, I would have to go over the lip of the ledge, turn around and traverse maybe 8 feet across before abseiling off the edge of a cliff to the ground below. I just couldn’t do it. There’s something about looking over the edge that makes me weak at the knees, and I just couldn’t face climbing down to the ledge. It also didn’t help that I was quite far back in the group, and the longer I waited, the more anxious I became. I opted out of the traverse and abseil, and instead climbed back down the other side and walked around. 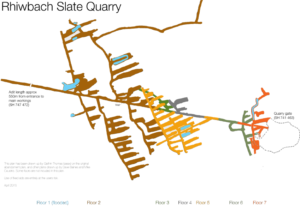 On the other side, I was completely gutted. The traverse wasn’t as long as it looked, and the abseil was shorter than my average indoor climb. Had it been in the other direction, and I had to climb up, traverse across and then go down the other side I would have been fine. I don’t know why looking down makes me feel so sick and stop my legs from working, I was really frustrated, but I honestly don’t think I could have managed that traverse without ending up in tears. Annoying :/

Despite this setback, I enjoyed the rest of the explore. There were so many caverns and tunnels, I really wish we’d have more time to really have a look and see as much as possible. Obviously, on a group trip, this isn’t possible, but it also meant I didn’t get a chance to take many great photos as we moved at quite a pace through the caverns.

The waterfall climb was fun, and the air shaft climb out of the mine was tougher than I expected. Some of the gaps between foot hold were big, and it was a long way up! Once we got out at the other end we saw the main exit for the mine which was ginormous and looked like something right out of Lord of the Rings.

Just South of our exit point lay the old miner’s cottages and ruins of the engine house. We, unfortunately, didn’t have a chance to investigate the abandoned village, as we made a swift descent back to where we began. I would love to have an extended trip with more time to explore the mine and the surrounding area, the day did feel a little rushed, although there were some lovely touches included in the trip.

As we progressed, we were treated to little bits of history for the mine from our instructors, show some original artefacts left behind and how they would have been used, and watched a clip of a mine in action. We also saw some photographs of miners at work in the mine, which was a really nice touch.