This Girl Can Climb – one year on 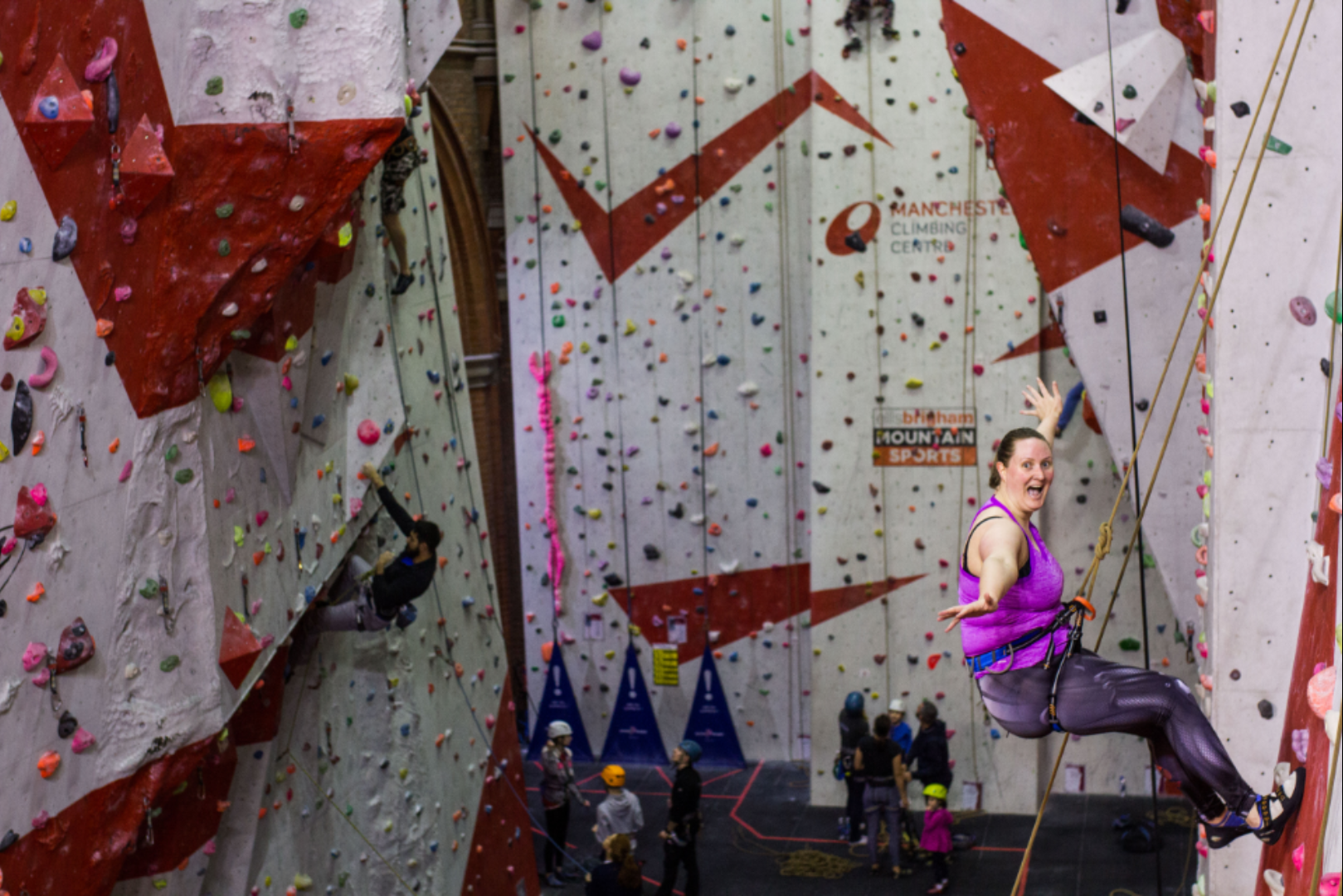 Exactly a year ago today I was sat in Manchester Climbing Centre’s meeting room thinking, “why did I agree to do this?”. Now, let me get one thing straight. I’m overweight, clumsy, unfit, and I suffer from vertigo. Yet for some reason, none of this actually occurred to me until I sat down at ‘base camp’, surrounded by all these other sporty looking women, and wondered what on earth I was actually expecting to achieve by being here?

It all started when I saw the Beginner Climbing Event in partnership with Women Climb, hosted at Manchester Climbing Center as part of the BMC Women Outdoors week. It had been a while since I had tried something new, so I signed up. 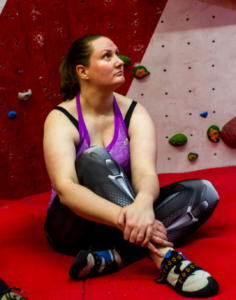 The event was amazing, but perhaps not in the way you might think. By the end of the session, I was the only person there who had still not made it to the top of a single wall. Even the kid’s walls (grade 3) had bested me at some point. The thing is, I still really enjoyed it. Despite not getting to the top, I achieved things I never thought I could. Each time I tried, I got a little higher, and perhaps that was good enough for me at that time.

The confidence the session gave me was enough to sign up for a beginner’s course with my husband so we could try climbing together. It was nice to have something that we could do together, and it didn’t really matter if one of us was better than the other. In fact, it wasn’t until the second week of this course that I reached the top of a wall, but I didn’t care, I was still making progress, and still enjoying the experience.

We decided it was something we would like to carry on doing, and bought ourselves some kit. After just four weeks of independent climbing, I had just managed to complete a grade 5 slab, but Arran was already tackling a 6b route and succeeding!

My progress from here didn’t seem to move much. At this point, I was quite consistent on 4 and 4+ routes, but it wasn’t until March I started seeing consistency with 5, and the occasional 5+ route. Despite not seeing much progress in terms of difficulty, I viewed my progress in a different way. For me, getting to the top of any new wall was an achievement, regardless of its grade. For me, it’s about trying something new and enjoying myself doing it.

My confidence was gradually building, and in February, I applied for and was accepted onto the This Girls Can Climb photo shoot. Again, I was the least competent climber in the group, but I didn’t care as I still had a great time and got to meet some other amazing women. Now, I’m featured on the BMC website as a ‘phenomenal woman‘, and I’m proud to represent the women who enjoy, but might not be so good at this whole climbing thing 🙂

More recently, I am happy to say that my consistency on grade 5 routes has improved drastically, and, I have tackled, and succeeded, in reaching the top of TWO 6a slabs. Yes, they were slabs, and yes, they were probably the easiest 6a’s Manchester Climb Centre has ever seen, but I don’t care.

For me, they were so hard to complete. I failed both on the first attempt, but succeeded on the second try, although falls did also occur. The handholds on a 6a are so much harder to grip than I’m used to. Gone are the days where I could grab a good jug, and instead, at several points I was left shaking while trying to grip pinches, slopes, or even just the occasional edge. Climbing this grade was a whole new experience for me, and while I think I’m still quite a way off really being able to say I can climb a 6a, I’m enjoying the direction my climbing is taking me.

So if you ever see me one evening at Manchester Climbing Centre, please do come say hi!

1 thought on “This Girl Can Climb – one year on”