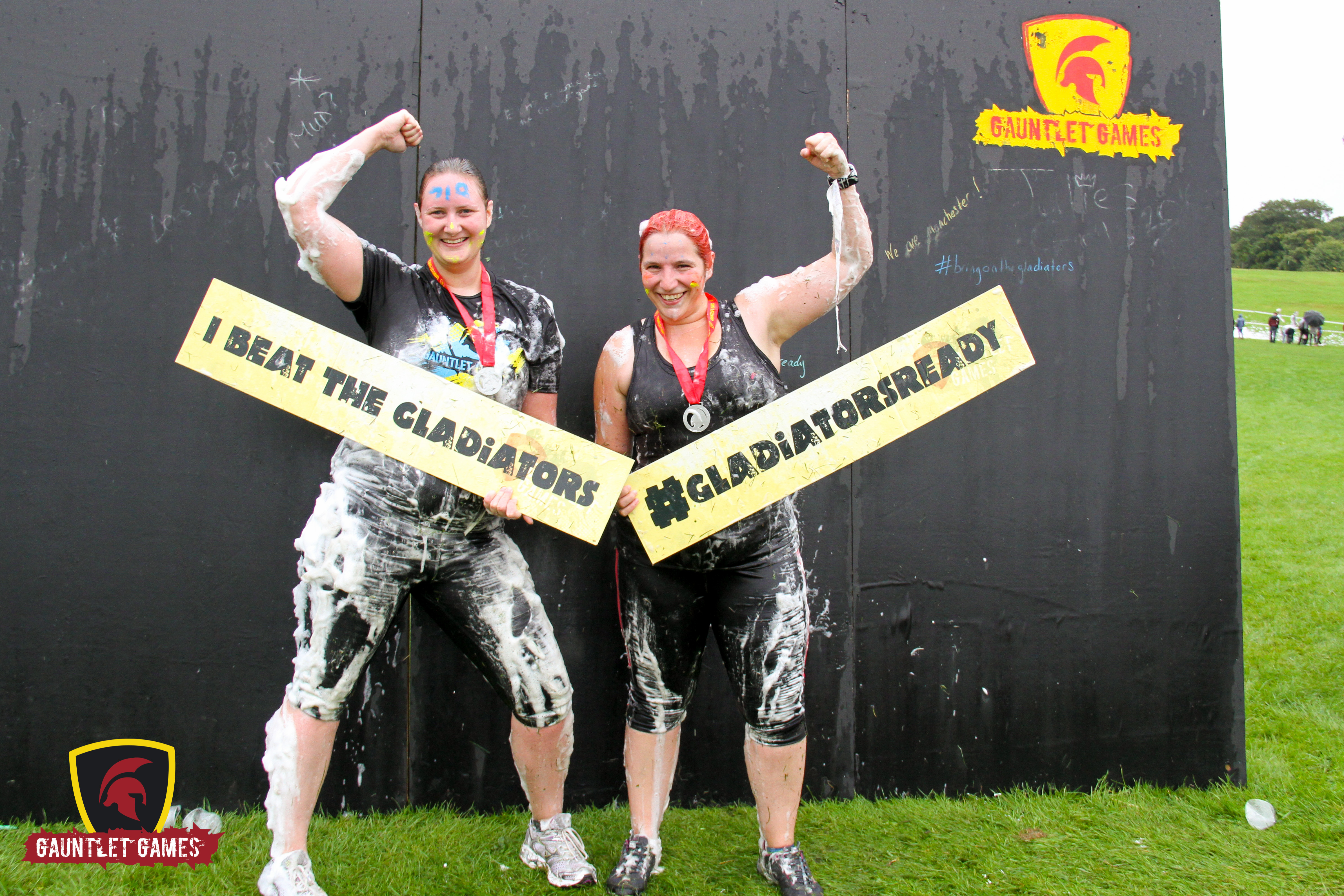 After my 2014 Colour Run, and 2015 Mud Run, this year, I decided to give a slightly different obstacle course race a go. Gauntlet Games is an OCR race with a combination of inflatable, water and climbing obstacles. Not so much mud, but lots of water and bubbles!

The race was again held at Heaton Park, which seems to be the hot spot for Manchester’s 5/10k races. Once you’re there, you can see why. After 3 different 5k routes I still see beautiful areas of the park which are new to me each time.

We arrived on the morning of the 3rd September an hour before our scheduled 10:30am wave was due to set off. Pack collection was pretty quiet, and there wasn’t much going on at the start line. We suspected that this would be an overall quieter race than some others, but it was nice to not have to run in such a big group, and definitely improved queueing times.

Ticket prices for the Gauntlet Games range between £30 and £40 for the 5k, which isn’t bad compared to some OCRs, but we suspect this one is more aimed at the fun runners than the serious competitors. It’s not officially timed, and the obstacles are mostly inflatable. Included in the ticket cost is a t-shirt and medal, which is pretty standard, and kit storage, which we usually see as a hidden extra, so it’s nice for it to be included here. 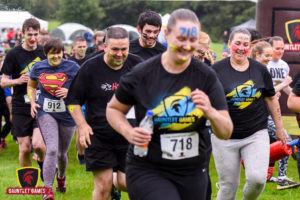 Just before we started, the rain started to come down. It wasn’t heavy, and considering we were bound to get wet anyway, it wasn’t too bad. Thinking back, I’d much prefer to run in light rain than blazing heat.

Gauntlet Games is a fun packed obstacle course race, perfect for an OCR newbie to try their hand at some classic and some more ‘bouncy’ challenges. The 5k races advertise 18 – 20 obstacles, so after a quick warm up at the start line, we were off! Let’s have a look at what we faced…..

I had a great time at Gauntlet Games, it’s a really great OCR with lots of fun factor over competition. It wasn’t the most professional race, but the ticket price reflects this, and is really reasonable for what you get. The t-shirt is good quality (although sizing is a touch small) and there’s a good number of obstacles. Even though some are quite standard and simple, there are still plenty of stand out obstacles that offer not just fun, but something really different to your average mud run.

The only downside, the official race photos are extortionate.

If anyone wants to give OCR a try, but you’re a bit nervous, and not that bothered about the competition or ‘race’ element, then this one is for you!