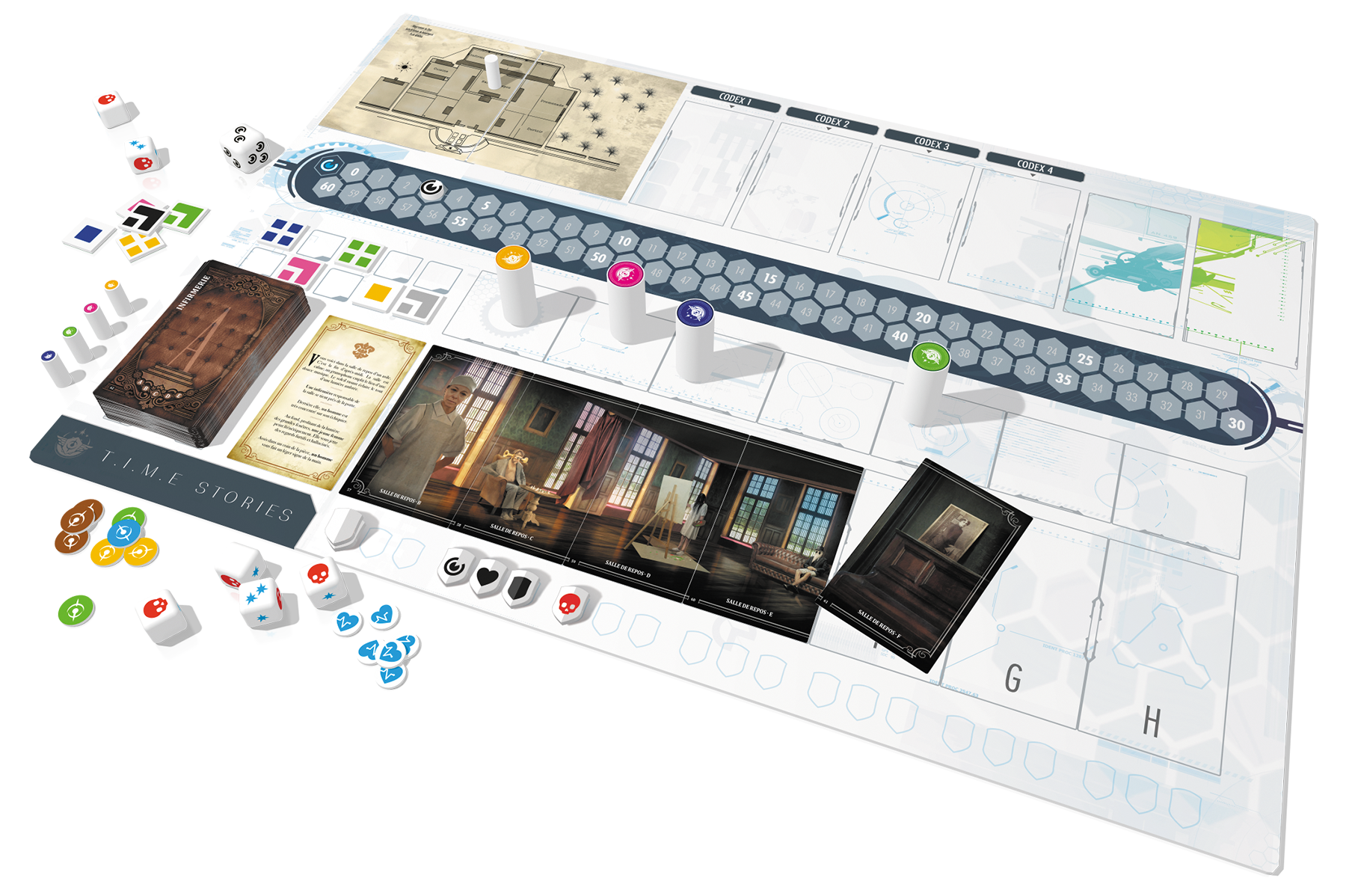 We’ve waited a long time (no pun intended) to get our hands on a copy of T.I.M.E Stories Asylum. Introducing a new way of playing a game, and limiting replayability, we were intrigued to see how this concept would work.

T.I.M.E Stories Asylum is a cooperative, dice rolling, role playing board game. The base set provides the game board, and the first scenario. Your scenario is played through three times for completion, and then you will never be able to play the game in the same way again. So. The question is, is it worth it for a three time deal?

T.I.M.E stands for Tachyon Insertion in Major Events Agency. Basically, in the future, we develop the ability to time travel by inserting our conscious into the bodies of people in the past/future. BUT, this means that alterations in the past can put the present in jeopardy. Each scenario has a theme, and a mission objective. The first theme is an Asylum in the 1920s, and you have to go back, inhabit the bodies of Asylum inmates and discover and prevent a potential temporal fault.

Each scenario begins in the Agency base, where your mission and objectives are outlined. You are given an initial number of TU (Time Units) in which you have to complete the mission. If you run out, the mission fails and you have to start again. 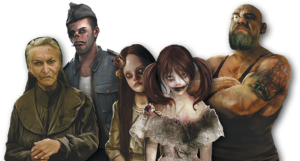 Each player picks an Asylum inmate to inhabit during the course of the mission, but as an inmate of a psychiatric hospital, each character comes with their own issues. The choice of characters is interesting, with some standing out much more than others in terms of usefulness. A few of them I can’t ever imagine being picked, but my personal favourite is Edith, the young cannibal, and Marie, the sex addict. As we tend to play games as a two player, we each control two characters, and Edith and Marie provide a good balance between the available skill checks, without having severely detrimental side effects.

Once the mission begins, you as a team decide which areas of the map to explore. Moving to an area is free, but leaving an area, and taking actions, all cost TU, so you need to move efficiently in order to achieve as much as possible before running out of time.

T.I.M.E Stories Asylum can provide a highly enriched role playing experience, but if you’re not that keen (like me) it shouldn’t deter you from the game.

When you explore a location, you can split up and each search a different area. Only the player whose character resides in a specific area, can reveal the corresponding location card. You are NOT to read the card aloud, but you can share information with your team, by relaying it in the form of character interaction. This can create quite an immersive role playing experience, but if you’re not too keen, simply telling the other players what you have seen/found is fine.

It took us a while to get used to knowing when we spend TU and when we don’t. In fact, I think we limited our first few playthroughs we mistakenly counted the exploration phase as requiring TU, when in fact, we only needed to spend TU if we decided to then take an action.

A downside of T.I.M.E Stories Asylum is that being a one time play game, it’s very unforgiving of mistakes. If you misinterpret a rule, or find you’ve done something wrong, you can’t really play that round over.

One thing we regret is that we didn’t take notes in between rounds. I don’t think that T.I.M.E Stories Asylum expects you to complete the mission on your first run. In fact, I would be impressed if anyone has even managed this in two runs. The idea is for you to learn more each time you return, with a maximum of three journeys being made. The best way to make use of your knowledge, is to remember what happened on previous rounds!

We wasted time revisiting places to regather information we had not made note of. We forgot where to go to achieve certain things, and retraced steps we didn’t mean to because we couldn’t remember what we had and hadn’t done. We basically made life way more difficult than it needed to be.

So what was the verdict?

We enjoyed playing T.I.M.E Stories Asylum a lot. It really reminded me of the old RPG games I used to play, especially ‘The Lost Frog’. You have to visit different areas, collect items, and use items, all in a specific order to complete the mission. Each time you play, you get quicker, because you remember what you discovered last time. T.I.M.E Stories Asylum really appealed to the 90’s child in me, who still wished computer games were this simple, and enjoys exploration and puzzle solving.

Essentially, T.I.M.E Stories Asylum is a tabletop version of a 90’s RPG with a timer attached to it. You get two practice runs, then the third is the final attempt. The length of time you take to complete the mission on your last round has implications on future scenarios you may choose to play. That’s it.

It’s difficult to sum this one up. I LOVE the idea behind the game, but I don’t want to only have three opportunities to play. It will never be a game that can be played hundreds of times. I would have liked a fourth go, but I also should have made notes and not wasted as much time. Essentially, it comes down to value for money. Is £37.99 worth a base game and three run throughs?

I’m inclined to say yes, BUT, the real replayability depends on whether future scenarios are firstly, any good, and secondly, value for money themselves. We’re really glad we gave T.I.M.E Stories a try, and we’re excited to try further scenarios and see how the game develops.

The RRP for T.I.M.E Stories is £37.99, and it can be found at independent game stores, which can be found using this store locator