It’s been a few months now since we finally got the opportunity to play T.I.M.E Stories, Asylum. While it was one we desperately wanted to try, we were also quite apprehensive about it. We really wanted to love it, the game mechanism was completely different to anything we had ever seen before, but we were also very concerned about its replayability, as essentially, it had none. Now we’ve seen how the game mechanic works, what will we make of their first expansion, The Marcy Case?

In the end we really loved the game, likening it to a tabletop version of the 90’s text based RPGs, but we did wish we could do more with it. Ultimately, we decided that the base game of T.I.M.E Stories would only become value for money if the expansions were just as good, as it is here where the longevity of the game lies.

Learning from our mistakes last time, we unpackaged The Marcy Case with notepad and pen at the ready. Relying on our memories to work out the best course of action when we played Asylum went ok, but there are some things we forgot we needed. Having a note of previous runs would have been most helpful, as we wouldn’t have to unnecessarily revisit certain areas to learn things we technically already knew.

The Marcy case is a thrilling zombie/infection scenario set in the USA, 1992. Very different from Asylum, which was set in the 1920s.

The artwork for The Marcy Case is very different. I think that varying artists on each expansion is a great idea. You’re essentially playing a completely different game, and therefore they should look and feel completely separate. 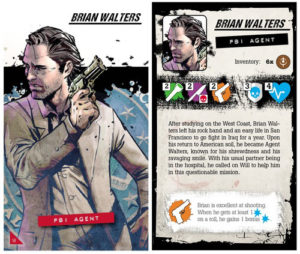 The way the game is played is the same as the base game, but some of the mechanics slightly differ. This time, you don’t pick a character to inhabit so much, as you only have four to start with (Asylum had eight to choose from) so we just split them between ourselves before we began. Also, in each expansion, the tokens can mean completely different things. For example, in Asylum, the blue tokens were cocaine, but in The Marcy Case, blue tokens were used to indicate infected characters. There are a few other added game mechanics, such as using ammo, making noise, when to riposte, and types of attack.

In some ways this makes it a little more difficult to get the hang of, as you’re taking things that were familiar, and changing them up. On the other hand, it helps to make the game something very different to the one before.

We began the playing The Marcy Case, and immediately I loved the setting. For anyone who knows me, or has read other articles on my blog, you’ll know I’m a sucker for anything zombie related. 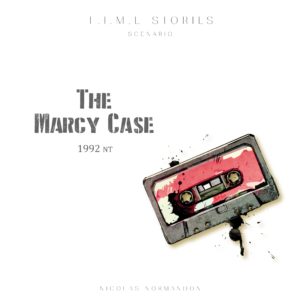 What we loved about The Marcy Case was the utter confusion it caused us. There were side missions leading nowhere, dead ends, betrayals, and very confusing pieces of information coming through. It’s not until you discover the end scenario that you understand how to complete the mission correctly. We were quite lucky, and completed the mission quite quickly on our fifth run.  As you may have noticed by that comment, The Marcy Case isn’t restricted to three runs, so you can keep playing over and over, but your points will suffer if you take too long. We also learnt not to rush things. Having made notes for each run we were more aware of what we needed to do and where we needed to go, but rushing still wasted us some time, as we had forgotten prerequisites to certain steps. 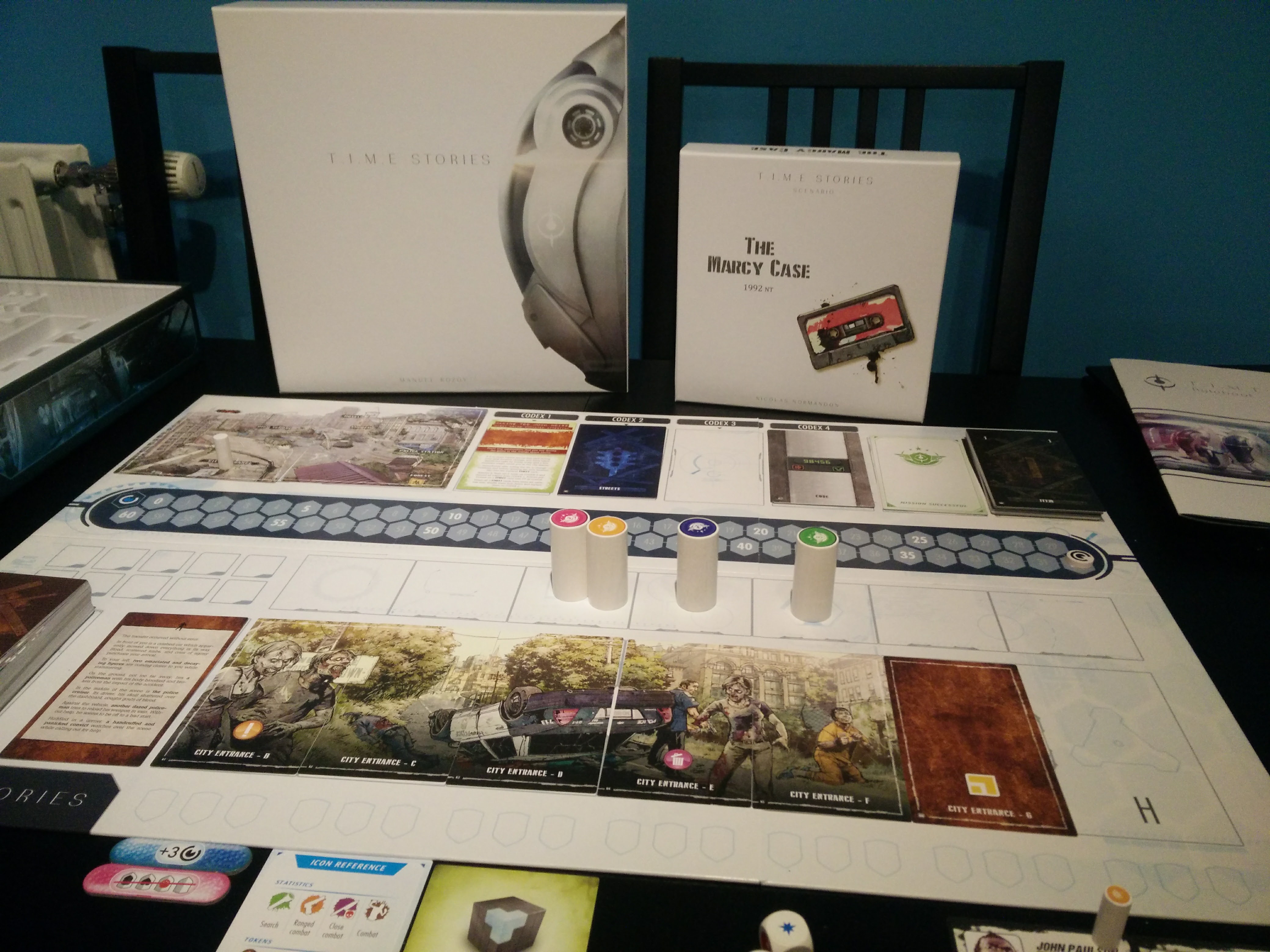 I think I have a bit of a love hate relationship with The Marcy Case. On one hand, it’s difficult, it messes you around, and it screws you over. On the other hand, it makes you work for that victory, and it’s great when you finally complete the mission. In a way, I’m glad we finished it and it’s out of the way. The Marcy Case is a very unforgiving game, but I’m also really looking forward to playing the next expansion on our list, so it must be doing something right!

So, is T.I.M.E Stories worth money? At the moment, we’re sticking with yes…

The RRP for The Marcy Case is £21.99, and it can be found at independent game stores, which can be found using this store locator.