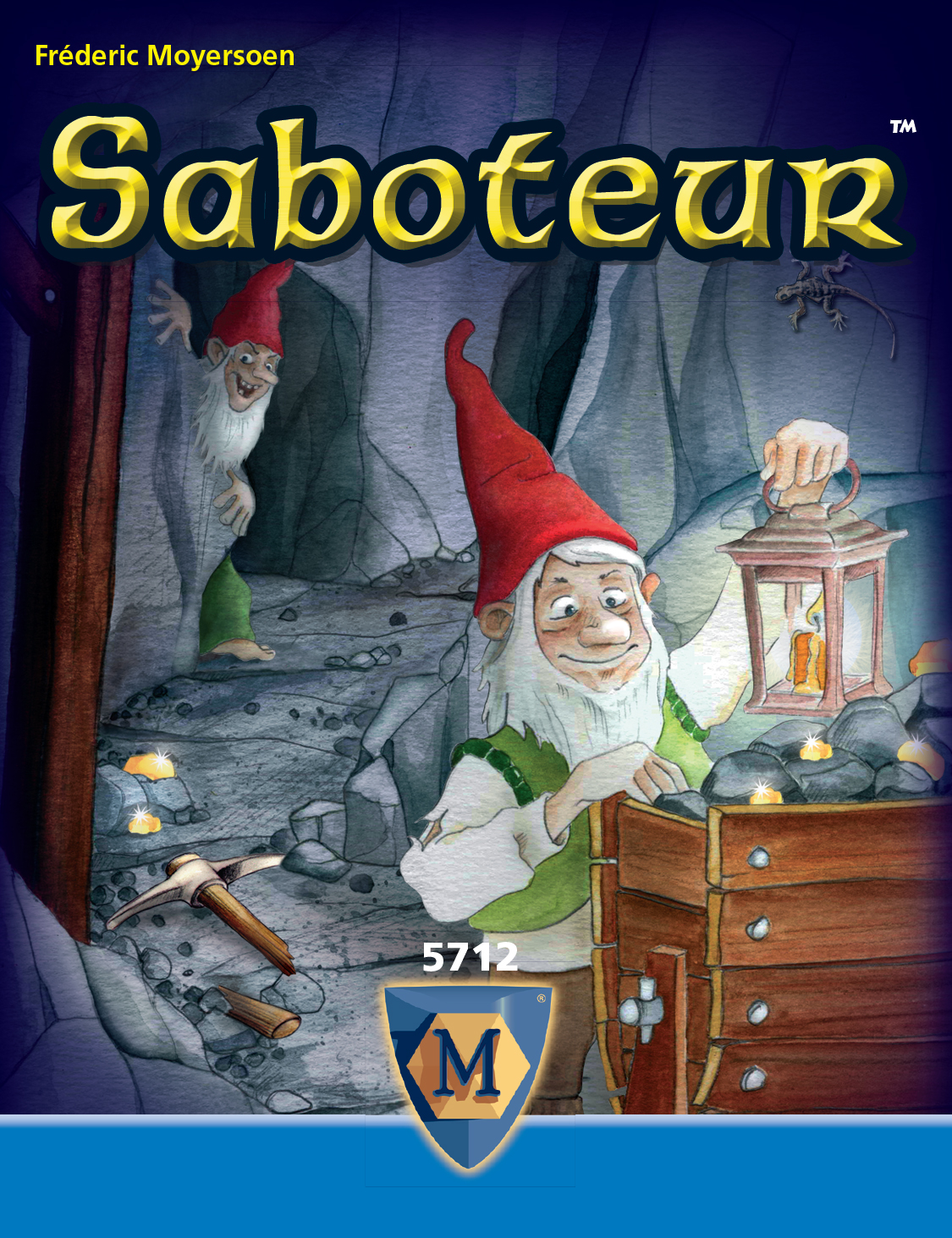 Saboteur is a game that I know I’m going to like straight out of the box. Look at all my favourite games, Munchkin, Smallworld, and especially Werewolf, all games of lies and deception, and Saboteur is the latest game I’m adding to that list.

What’s nice about this game, is that although the premise is very similar to Werewolf, Avalon, One Night Revolution etc, it’s very obviously designed around a new concept, whereas the others can sometimes be a little too similar to appear as stand alone, unique games.

In Saboteur, you play the roles of dwarves who mine for gold. You begin the game at the entrance to the mine, and play path cards in order to get to the goal cards. Each game has three goal cards, only one of them contains the gold, and the dwarves must work together to reach the gold, before the Saboteur stops them.

One other great thing about Saboteur is, that although it’s great fun with a large number of players, it’s also very playable with just a few, something which a number of other deception games really struggle with. But by keeping the roles very simple, this game can be just as much fun with 4 players as it is 10.

I’ve played this game with both small groups of four, and much larger groups of ten people. Both were really fun games to play, and it’s often not as easy to spot the saboteurs until they make their move, at which point, it can be devastating! My biggest problem is forgetting that even when you find the saboteur, and play card to block them from placing tunnels, that they can still blow up sections of your path or play blockers on you!

With a play time of under 30 minutes a round, and suitable for gamers young and old, Saboteur is sure to remain one of my go to deception games for a long time.

The RRP for Saboteur is £9.99 and it can be found at independent game stores, which can be found using this store locator