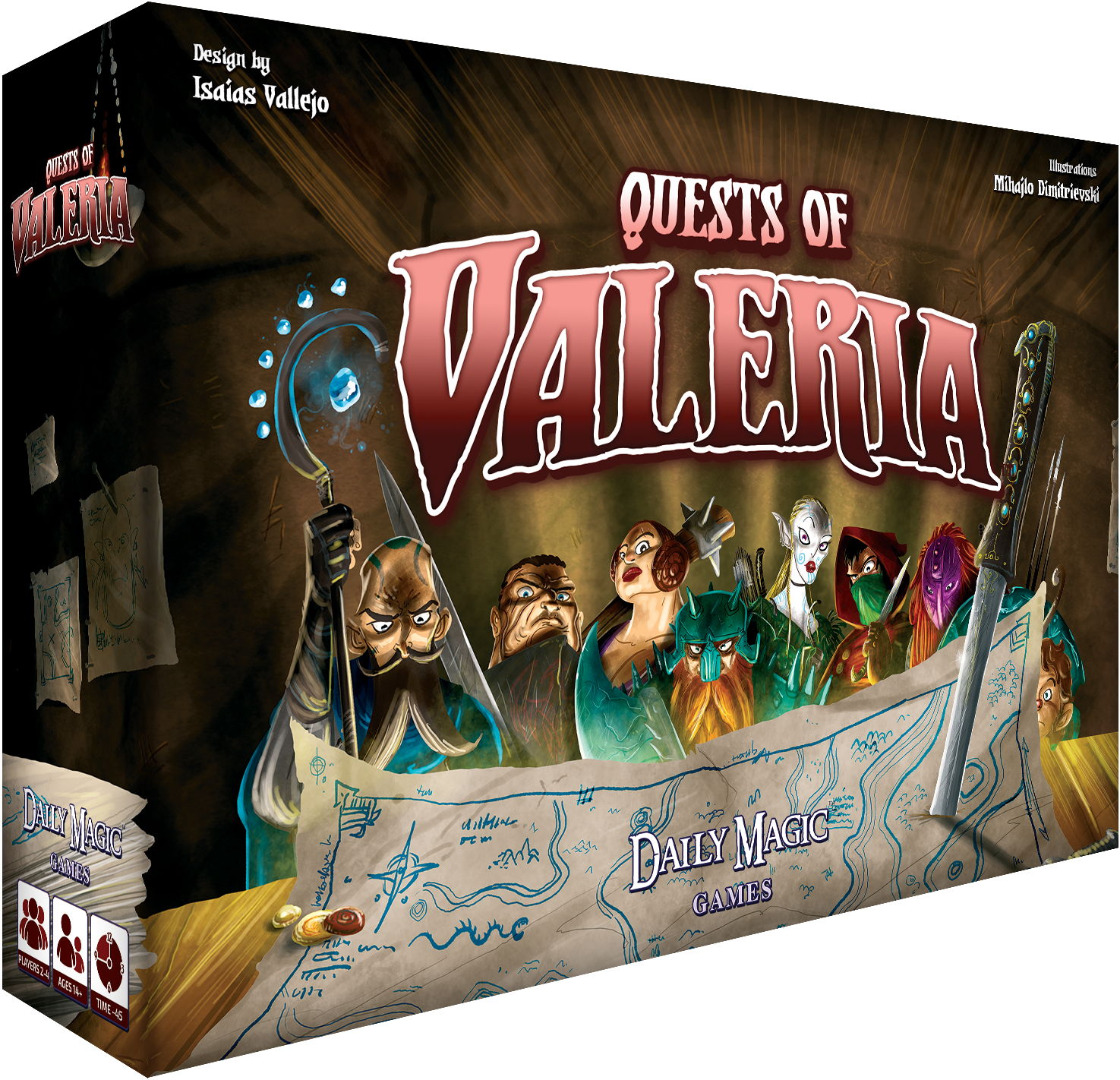 In Quests of Valeria you play the role of a Guild Master, recruiting and dispatching Citizens to complete quests posted in a tavern in the Capital City of Valeria to earn Victory Points. The player with the most Victory Points at the end of the game wins.

Quests of Valeria is a unique set collection game where players gather Citizens to fill requirements on a Quest. Hire Citizens from the line in the Tavern that provide you with additional actions to build combo’s of free actions! 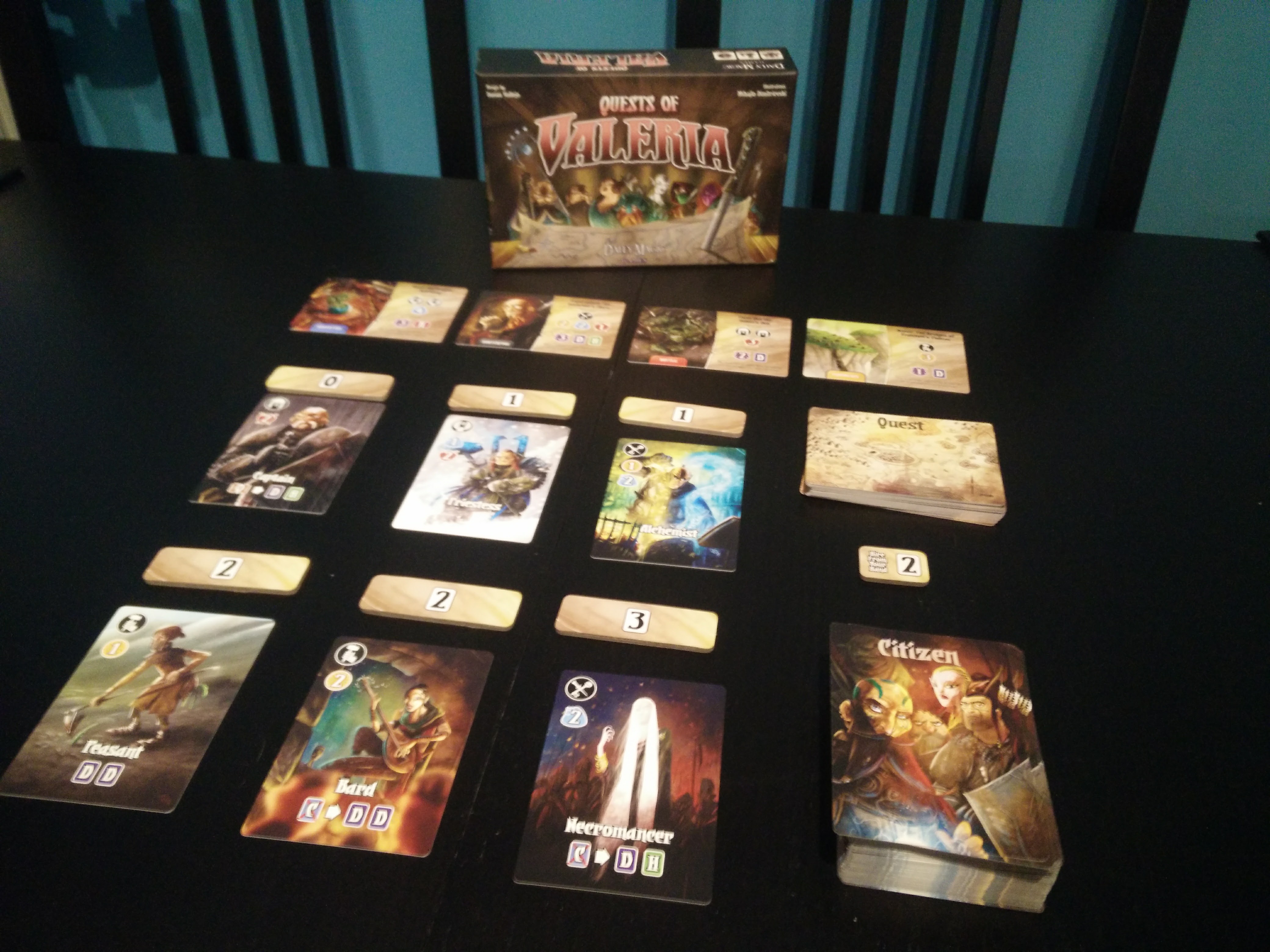 I have a few bugbears with this game which I’ll get out of the way now.

Now we have that out of the way, I’m happy to say that I actually quite liked this game! It takes a bit of getting used to, but once you have the basics down, it’s a really fun game to play.

I would certainly recommend watching this video over reading the rulebook. It makes things much clearer, and means the reference cards make more sense also.

So to sum up, each turn consists of two stages.

Stage one – Players take two actions out of the following; draw a card, Hire from the Tavern, reserve a Quest, or complete a Quest.

When Hiring a Citizen, players pay the cost by discarding cards in their hand and taking the Citizen from the Tavern to their Guild (tableau). Some Citizens have bonus actions and they trigger as soon as they enter a player’s Guild. When Completing a Quest, players must send Citizens from their Guild that match the requirements on the Quest to the discard pile.

These bonuses are what makes the game really exciting. Bonuses can range from drawing new cards from the deck into your hand, stealing cards from an opponent, and extra actions to take. Play your cards smart and you can also trigger a chain of events that can put you in a very strong position!

Stage two – Players replenish cards in the tavern (Citizens and Quests), ready for the next player to begin their turn.

When a player completes 5 Quests, the game ends and players reveal their Guild Master and count up Victory Points.

Quests of Valeria is a strategy game. You need to spend cards from your hand to hire Citizens to your Guild. You need to discard Citizens from your Guild to complete Quests. The less cards you can discard to complete a Quest the better your game will be, but don’t spend too long looking for the perfect combo, it might never happen, and you’ll get left behind!

The RRP for Quests of Valeria is £24.99, and it can be found at independent game stores, which can be found using this store locator