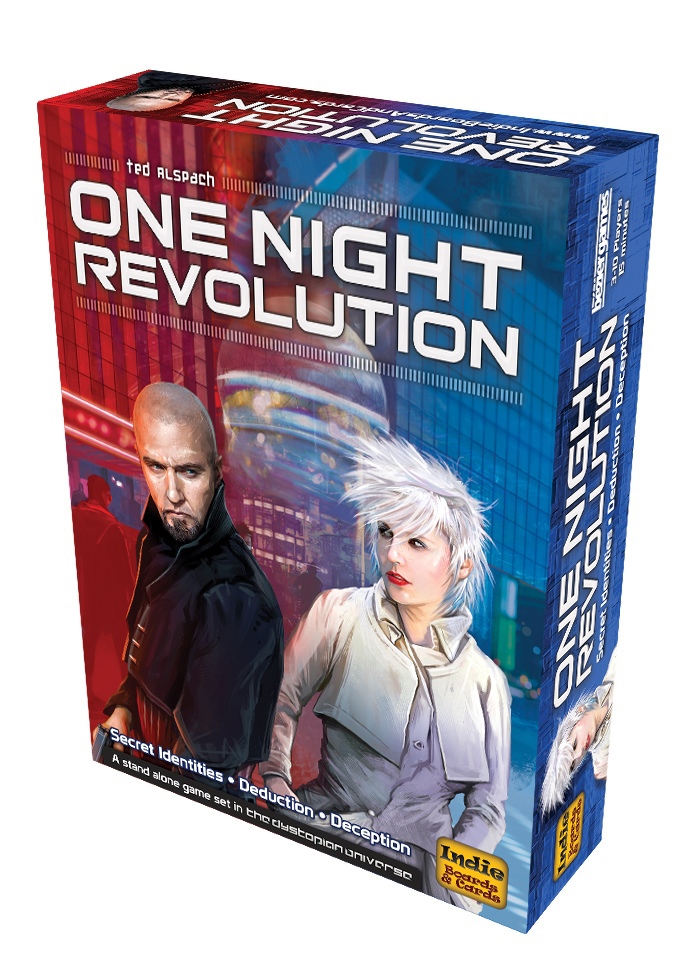 One Night Revolution is the latest game from Indie Boards & Cards, famed for previous games Resistance, Avalon, Coup, and One Night Ultimate Werewolf. Before playing One Night Revolution, we hadn’t heard very positive things about the game, so we were apprehensive about playing, but after a slow start, we had some really good games, and everyone who played was very impressed.

One Night Revolution, as with other Indie Boards & Cards games began on Kickstarter, and coming from such a well renowned maker, with a great track record, it’s not surprising that the project well surpassed it’s goals.

One Night Revolution is basically a tweaked version of One Night Ultimate Werewolf, but set in the world of Resistance, and herein lies the problem. One Night Revolution is not really a new game, and for those who have spent years playing Resistance, Avalon, and then One Night Ultimate Werewolf, don’t seem to warm to this game, finding it more of an adaption of existing games than something new and fun.

However, for those of us who maybe haven’t gotten attached to Resistance or One Night Werewolf, we can appreciate this game as more of a stand alone package.

For those who are not familiar with this style of game, each player is allocated an ID, either rebel, or Informant, and a Special Role, which grants them an action during the night, be it from swapping players IDs, to getting a peek at someone’s role. The game begins with a night phase, where each player in turn takes their special action. Once complete, everyone wakes up, and using the information you gleaned in the night, it is up to the Rebels to locate and out an Informant, and up to the Informants to remain hidden.

We started off by playing with the minimum three players. BIG MISTAKE. Don’t bother, if you’re trying to get a decent game going, there is no point playing with only three players, and in fact, I would also recommend not bothering with four players. There just isn’t enough going on to get a good dialogue going, and games are either over very quickly, or all players are left confused with nothing to base an argument on.

After a few failed games, we managed to rattle together six players, and here is where the fin began. The rules are quite simple, and within a few minutes we had new players ready to go, and with larger numbers, the special roles start to play a much bigger part, and the game gets really interesting. The night phase is much simpler than in One Night Ultimate Werewolf, so there is no more need for the app, requiring only simple instructions from the Captain to move the night phase forward, and the introduction of the HQ adds even more problems for the players to consider and overcome. We also enjoyed the number of roles who have the ability to swap cards, meaning that during one game, I wasn’t even sure of who I was myself….. 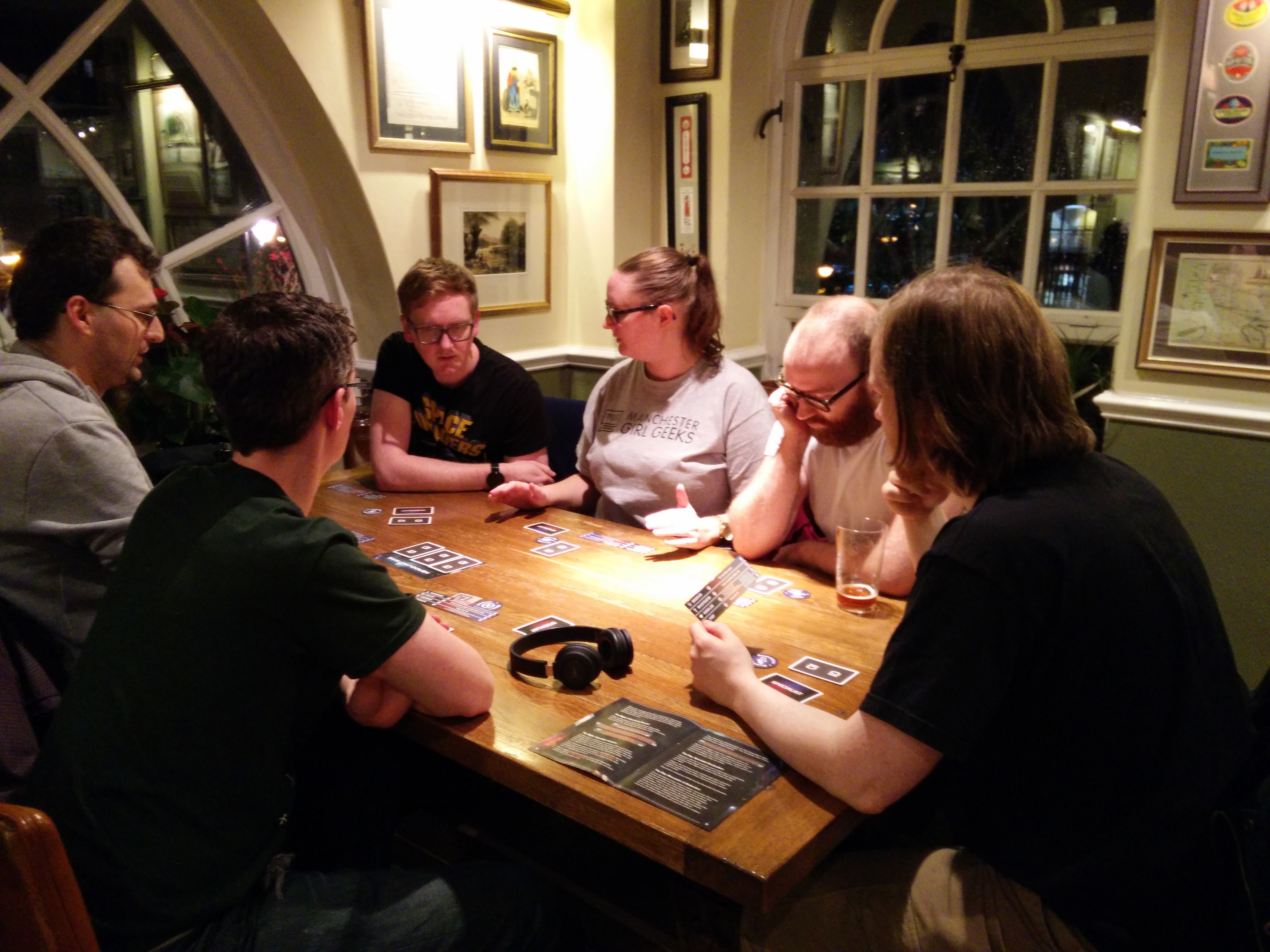 Overall we really enjoyed this game, the need for a larger number of players is balanced by the quickness of the game, and it’s sure to be accompanying me to our regular Werewolf games as something to keep the dead occupied.

If you already own Resistance/Avalon, and One Night Ultimate Werewolf, then One Night Revolution might not offer you anything really new, but if you’re new to deception games, and want something easy to pick up, quick to play, and have five people ready to go, then this one can be a lot of fun!

The RRP for One Night Revolution is £19.99 and it can be found at independent game stores, which can be found using this store locator