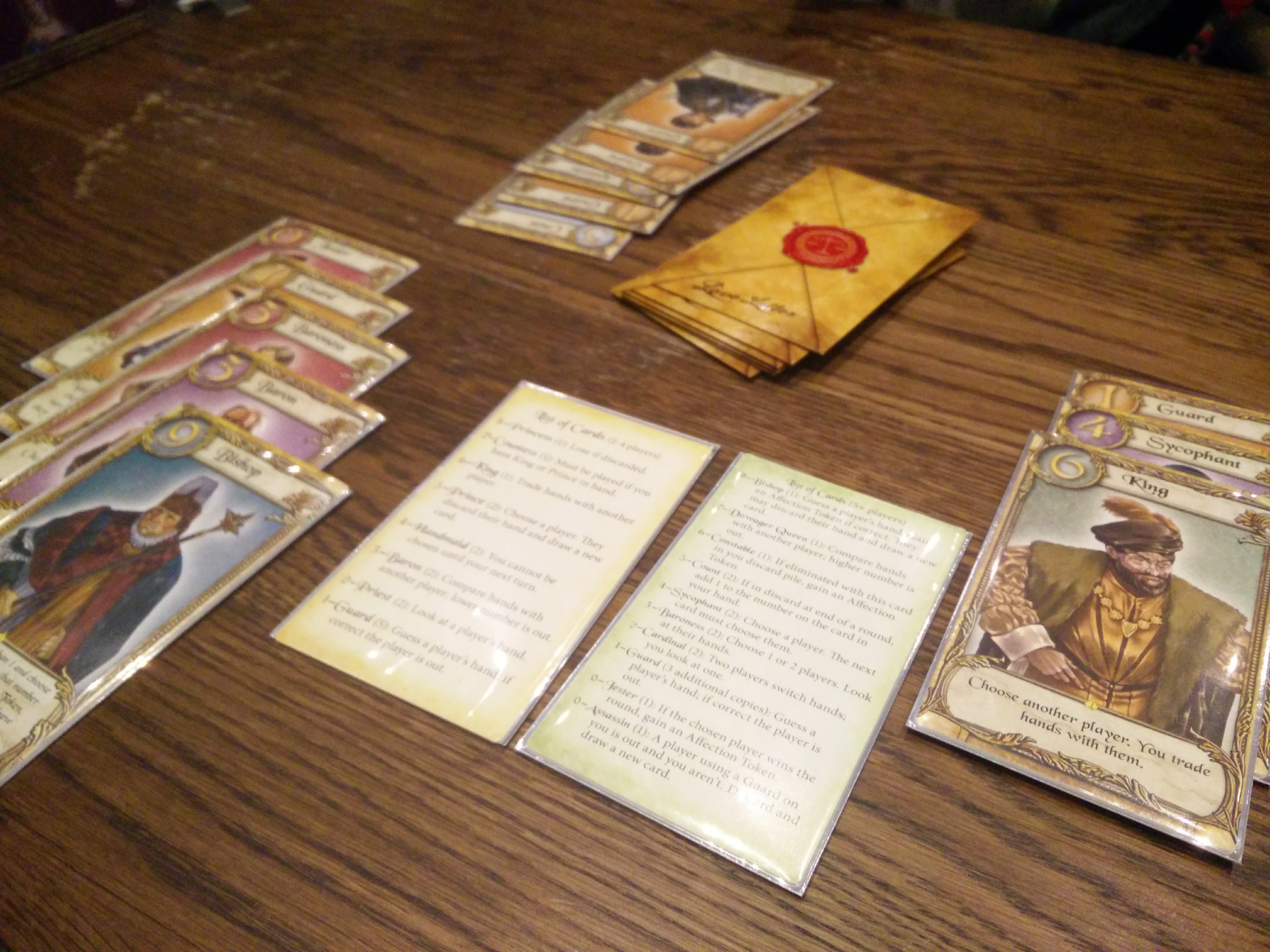 Love Letter is a firm favourite of ours, and the Love Letter Premium Edition is no different. Taking the original game and supersizing it, this version has larger, thicker cards, larger wooden hearts and a lovely presentation box with magnetic closure. With fancy new packaging and beautifully crafted game pieces, the essence of the game is the same, with a few twists.

Additional cards mean that you can now play with up to eight players, twice as many as the original game! New roles such as the Assassin and Sycophant add interesting new elements to the game.

Love Letter is game of risk, luck and deduction; 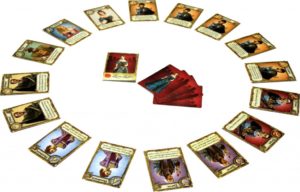 Designed by Seiji Kanai, the game features incredibly simple rules that create dynamic and exciting player interactions. Players attempt to deliver their love letter into the Princess’s hands while keeping other players’ letters away. Powerful cards lead to early gains, but make you a target. Rely on weaker cards for too long and your letter may be tossed in the fire!

One of the things we like so much about Love Letter is that it’s so easy and quick to pick up and play. You need very little time to rule check before delving into your first game, and after one round, you’ll have quickly got the hang of it. We were excited to see the additional roles that Love Letter Premium Edition has added, as well as being intrigues as to whether the simplistic gameplay would be retained.

The rules for the game have stayed the same. Players are dealt one card each, and then take it in turns to draw a card and play a card. After the effects of each turn have been resolved, the next player takes their turn. Card effects are clearly explained on the cards themselves, and each player also receives an index card with a list of all cards and their corresponding effects. It really is as simple as that!

Players can be knocked out by various effects, and if any are left standing when the draw pile runs out, the player with the highest numbered card wins, and receives a token of affection. Rounds continue until a player obtains five Tokens of Affection, and then that player wins the game.

Love Letter Premium Edition can be played between 2 to 4 players using the same cards and rules as the original version, but for 5 to 8 players, it adds additional roles, which we think make for a much more interesting game.

Suddenly, your games jump from using 16 cards, to 32 cards…. 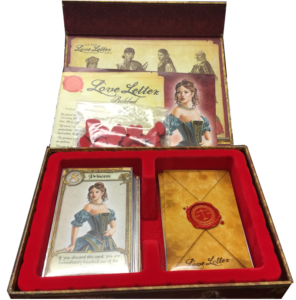 On top of that, the cards are larger and thicker, also coming with Love Letter card sleeves. The Affection Tokens are larger and wooden, and the box itself has a magnetic closer, making for a very well presented game overall. If we had to pick at anything here, it would be that the original game was perfect for popping in your pocket, whereas the Premium Edition is not quite as portable. Regardless, we very much appreciate the added quality to the cards, game pieces, and box.

The new roles work brilliantly with the original ones, nothing is vastly overpowered, and they all bring something new to the game. Some roles also introduce other ways of obtaining tokens of affection, for example;

Constable – If eliminated with this card in your discard pile, gain an Affection Token

Jester – If the chosen player wins the round, gain an Affection Token

Love Letter Premium Edition has quickly become a go to game. Both for when our gaming friends come over and we want something quick and easy to play, and also for our non-gaming friends, who aren’t put off by complicated rules or long setup times. The price is a bit high for what we would expect of a basic card game, but we enjoy this one so much, we would consider it worth the investment.

The RRP for Love Letter Premium Edition is £27.99, and it can be found at independent game stores, which can be found using this store locator.