Ok. So I’ve been a long time supporter of T.I.M.E Stories. I adore the concept, it took me back to my childhood with the choose your own adventure stories or text-based adventure games, and I didn’t even care about replayability. Until now. I’ve finally found a scenario that makes me super angry. The reason I’m so annoyed by it? I loved playing every minute, until the final hurdle where it turned into the most frustrating scenario I’ve ever encountered. 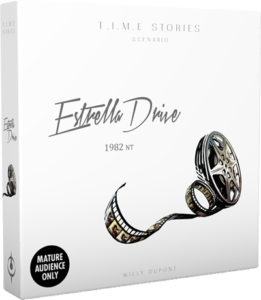 In Hollywood, the ghosts of the past never sleep! Embark on your next adventure into the past with Estrella Drive, the sixth expansion for T.I.M.E Stories. Like all T.I.M.E Stories adventures, you and your fellow players are members of the T.I.M.E Agency, sent to investigate a disruption to the Time Stream. This time, you and your fellow agents are sent to 1982 to investigate a temporal anomaly in a supposedly haunted Hollywood mansion.

The scenario starts in 1982 in a haunted Hollywood mansion. The mansion was the location of a massacre in the 60’s, and you’re investigating the cause of a temporal loop. During this time, temporal fissures were explained as supernatural forces, hence why the mansion is considered haunted. I really liked this little detail, and the mission also sets you up for the big game twist later on.

This continued into the second deck. This seems to be a common theme now with T.I.M.E Stories expansion, with a number of the more recent releases progressing you into a follow-on scenario. Usually, the second deck is a follow-on location, but Estrella Drive has a slightly different, but very interesting twist on the story progression.

Strangely, there was little in Estrella Drive to offer new or unusual game mechanics, at least nothing we haven’t seen before. Other recent releases have added in little extras, such as swapping receptacles, randomisation of challenges or alternative routes to the finish. In fact, Estrella Drive’s gameplay is a move back towards the traditional, straightforward mechanics of the original expansions. One other major difference is the actual lack of puzzles. There is little challenge, with progression as just linear movement while the story unfolds. Despite this, I still loved it, which I like to think is a credit to just how strong the narrative is. 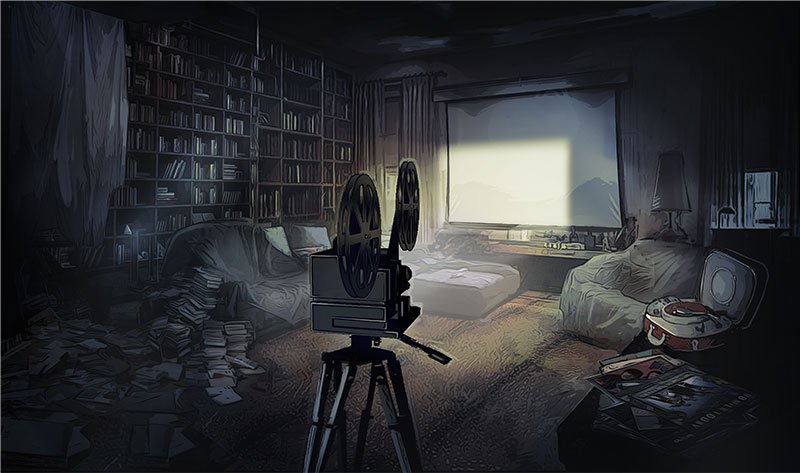 Our first run into deck two went really well. We also used some reward tokens from previous games in an attempt to improve our final score. Unfortunately, we had made a minor mistake and failed our first run. Slightly annoyed, but knowing what we needed to correct, we replayed the second deck expecting a quick and easy finish.

This is where everything went wrong.

Using the reward tokens to easily complete combat encounters meant we didn’t really notice just how difficult these were. This time, the tokens were gone, and we pretty much died during the first battle. Now normally at this point I’d be concerned about spoilers, but I don’t think mentioning combat will make a difference. You see, there’s no way to avoid the combat in the second deck, none of the available characters has decent combat rolls or health, and every combat encounter is super difficult, with one health lost on almost every attempt. Imagine rolling against multiple skulls (risking a repost you likely won’t defend against) AND a black heart shield to deal with.

Without the luck of decent rolls on our side, we just couldn’t win. In fact, we died about four times (to the point I actually stopped counting, and we just replayed that specific difficult bit over and over until we passed) before completing the scenario.

By this point, the whole game was ruined. We stopped caring how many runs it took us. We stopped resetting the game properly. We even delved into the deck reading the backs of all the cards in an attempt to find something that we’d missed, feeling as though it was so difficult that we must have missed something previously that would have helped, or an alternative route to the end.

Estrella Drive gave us really mixed feelings. I’m still worried we missed something and played it wrong, as we’ve never had such a difficult time with a T.I.M.E Stories scenario. I’m interested to hear other people’s thoughts on how they found it! I’m almost hoping we played it wrong, as I really want to love this scenario as much as I loved the others!

The RRP for Estrella Drive is £21.99, and it can be found at independent game stores, which can be found using this store locator.