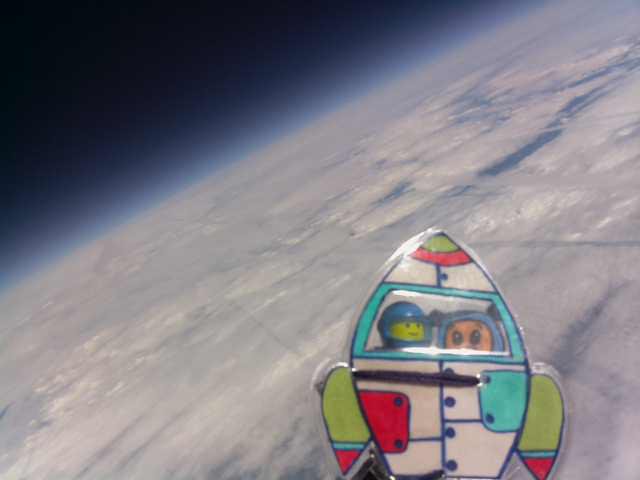 Last week I had the privilege of being involved in my first high altitude balloon, or HAB launch into (near) space. I’m hoping that this will become the first of many!

Paul Banks, a Digital Inclusion Officer for Wigan Council, headed up the launch. He was assisted by Rob Jones and Pete Bell, who also do ballooning in the North West. The project also engaged two Wigan Borough Primary School classes, who were following our progress from the classroom throughout the day.

We arrived on site at the Chorley Equestrian Centre in the early hours of the morning to prepare for the launch. The closer to launch time it is, the more accurately you can predict the flight path and landing site. This is based on a number of factors, such as the size of the balloon and payload, ascent rate, and burst altitude. Calculations using Predict HabHub on the morning found us a great landing site near Garstang in Preston. The site was in the middle of fields, with no water, motorways or residential areas around it. 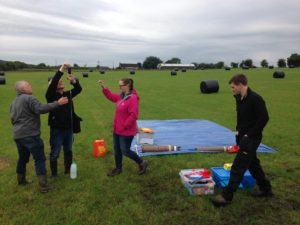 I helped out with preparing the balloon for launch, and in no time at all, it was away! As soon as the HAB had been launched, Pete and I raced to the car to track the balloon and find the landing site. The aim was to get there first, and see the payload land (or maybe even catch it!).

As the landing site kept moving, and we had arrived with plenty of time to spare, we all met up again for tea and cake in a cafe close by. Once the balloon bursts and starts to descend, the landing site information would be more accurate, and we would know where we needed to go. 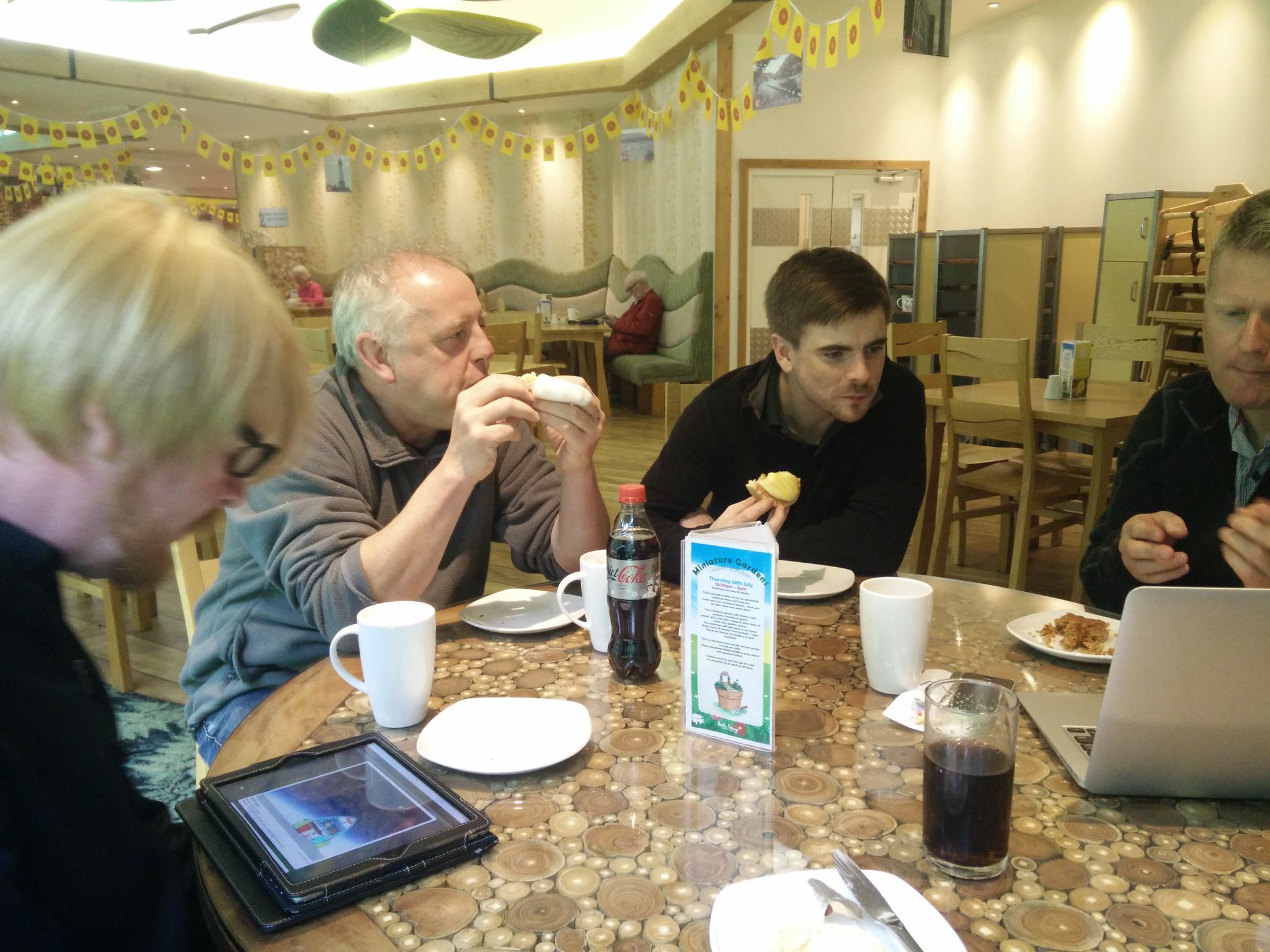 Unfortunately, the balloon burst early, at 23,000 metres, throwing the expected flight path way off course. Now, instead of landing near Garstang, the landing site had moved to Rishton, which was just outside Blackburn, and we didn’t have long to get there….

We raced back to the cars and shot off down the motorway. At one point it looked almost like the payload was going to land in a reservoir, which we really didn’t want! At the last second, just as we were coming off the motorway, the landing site jumped again. We made a quick adjustment and headed towards Brownhill.

The payload landed less than 5 minutes before we arrived, so there was no catching involved. We did locate it at the side of the road in someone’s front garden, and they thankfully didn’t seem to mind.

The balloon was almost intact, and had not fully burst as we had originally expected. We suspect that there may have been a fault that caused the balloon to descend early.

Despite the frantic ending to the adventure, I had an amazing time.I especially enjoyed chasing the balloon across country in my role of navigator. It would appear that HAB launches require two types of people, those who have the technical expertise to prep and launch the balloon, and those who can navigate and chase it. I am definitely in the latter category!

When I was 13 I watched the film Twister, and it made me want to be a storm chaser. Chasing the HAB is the closest I will ever come to that level of excitement, and I loved it!

Here’s the edited GoPro video of the whole thing, and below you can see a 3D map of the flight path the balloon took. 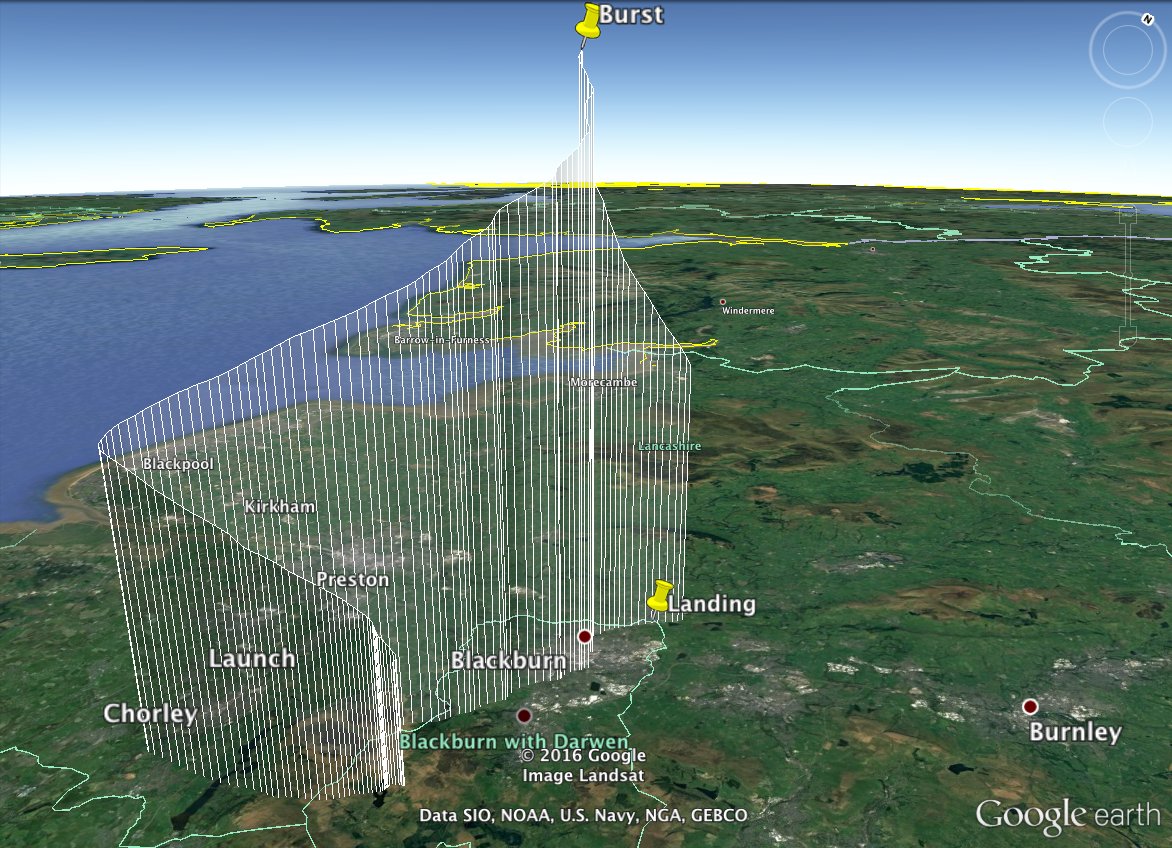 I’m currently planning on working with Manchester Space Programme to develop the Manchester Youth Space Programme through my work at MadLab, which will aim to engage more young people in science in technology by getting them involved in future HAB launches.