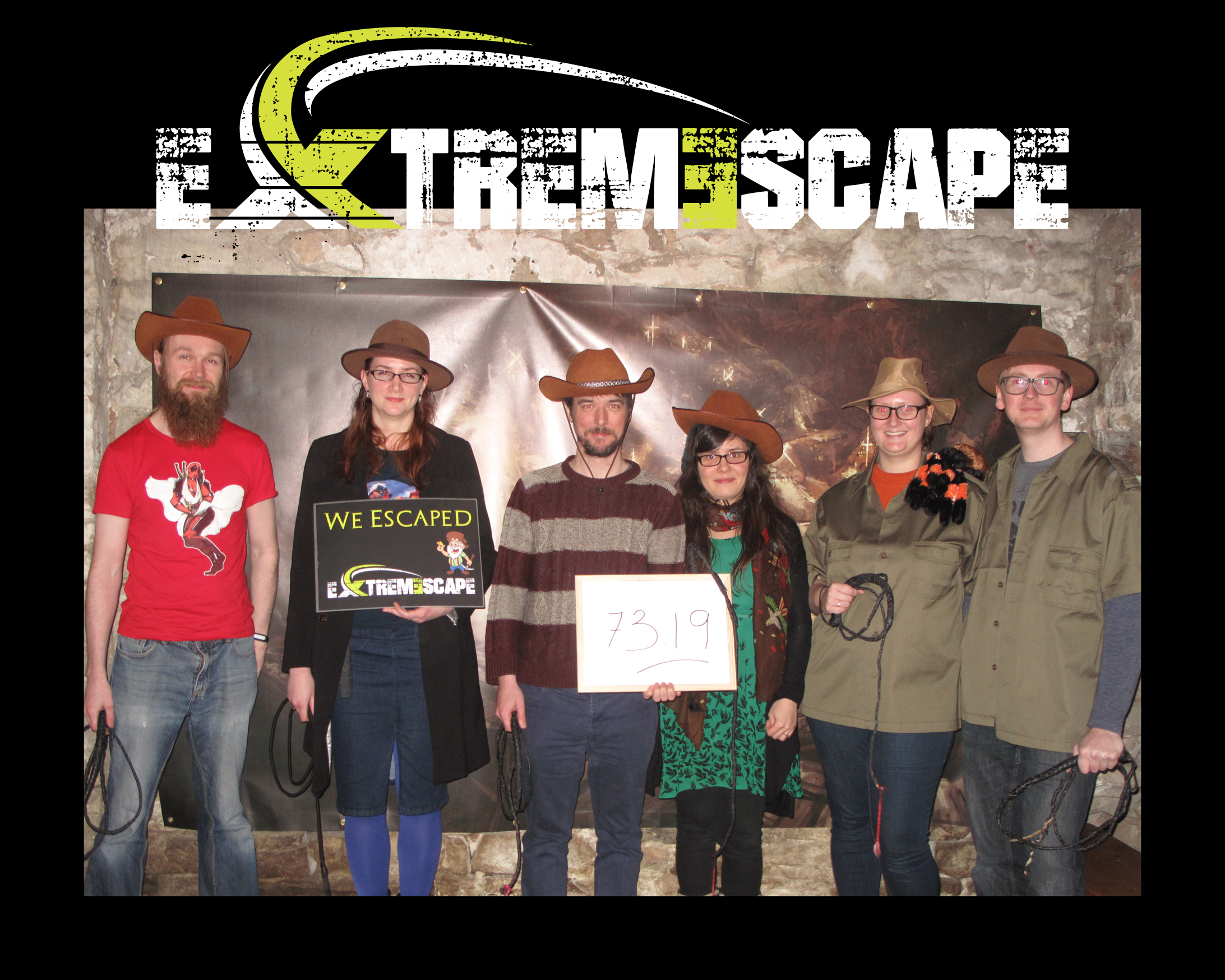 We’re back! After more than a year since our last visit to Extremescape, we finally returned to try their latest room – Lost Tomb. This room was barely more than when we visited in January 2016 to play Pirate Ship, but based on the level of detail we had already seen, this is one we’ve been looking forward to for a very long time.

To put things into perspective, we’ve played quite a few different games since our last visit to Extremescape, and after each one, we reflect on what we liked, and what we didn’t like about that room. At some point, in every conversation we have about escape rooms, Extremescape comes up in conversation, and we all end up reminiscing about how much we liked it, and that we really should go back to play the new one. Well, here we are…..

Your team of adventurers and archaeologists, enter an abandoned gold mine in the heart of the Mexican mountains, your mission is to find the hidden gold.

Legend says that the holder of the hidden gold of El Narangel will find the Lost Tomb.

The miners left subtle clues & hints, if you use all your skills you may find the hidden gold and ultimately the Lost Tomb but be careful they the miners won’t give up their gold easily. 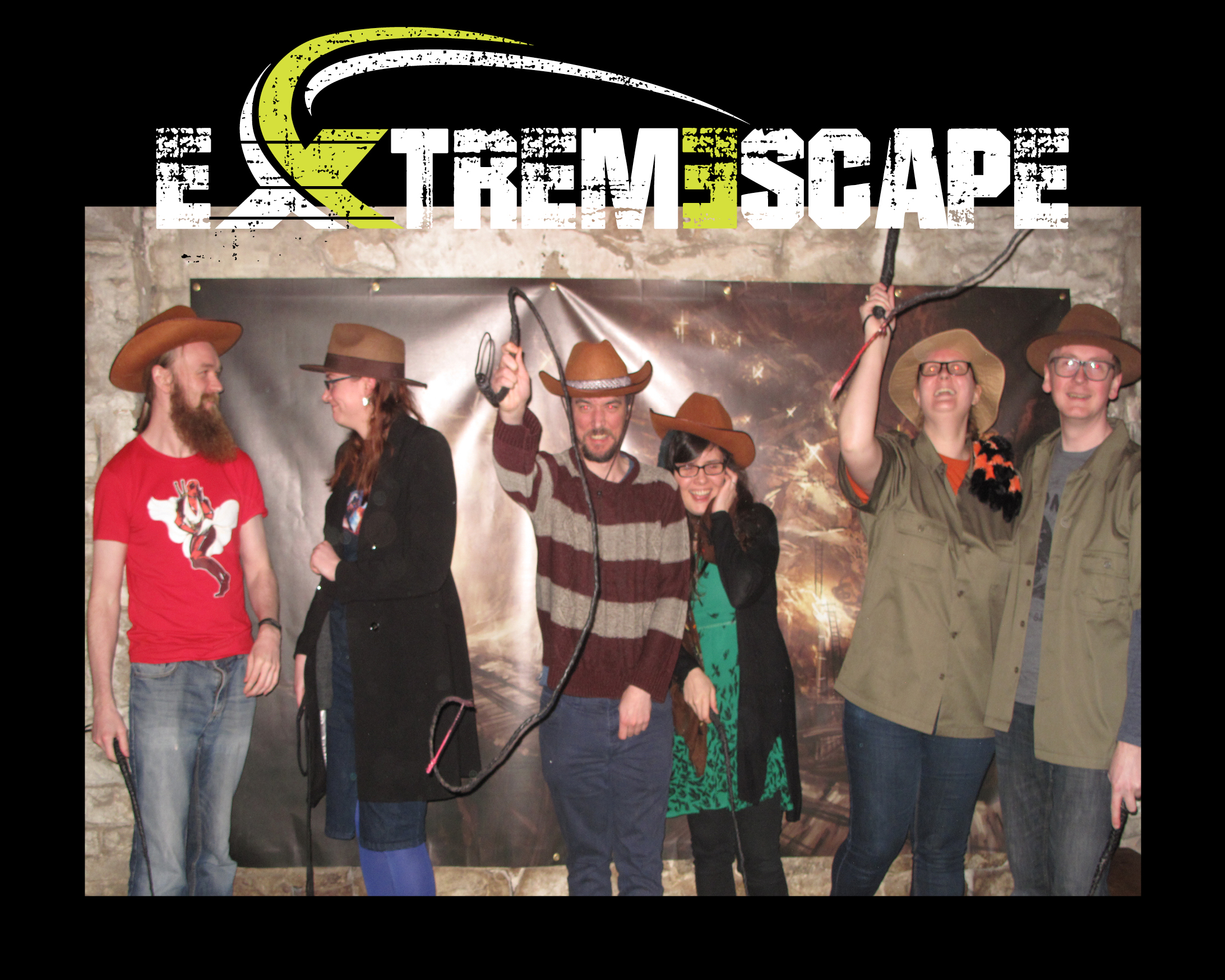 When starting the game we remembered some of the little extras Extremescape put into their games which we love so much. First up, you don’t begin the game in the main room. Instead, you start in somewhat of a ‘holding room’, and your first challenge is to access the tomb itself.

It’s super difficult to describe how amazing this game is without giving anything away, but even the holding room had us excited. Extremescape is run by a couple who aren’t doing this because they want to run a lucrative business (although we’re sure it is doing very well!). They have their business, and the escape rooms are more of a hobby turned side project, that they just so happen to be very very good at. The enthusiasm and love for creating rooms is so obvious when you play either of their games. These rooms aren’t thrown up as quickly as possible so they can start making money. They have love, care and attention put into them, and you can really see the difference.

In the Lost Tomb, the puzzles are really well thought out, and they’re not easy, but when you finally get it, it’s always a logical answer, and never a stretch to see how it should be solved. The quality of the objects found in the rooms is outstanding. Every item has been carefully selected to ensure it fits with the overall theme, and looks good. There is no cheap tat in these rooms!

Let’s be honest here, there are several other escape game companies whose rooms we really enjoy, and a big part of what makes us love a room is good theming, but when it comes to Extremescape, their theming pretty much sh*ts on everyone else. Fact.

We also love the fact there are little things added to the room for the game operators amusement rather than ours. I still remember being taunted by that bloody parrot when we played Pirate Ship, and Lost Tomb comes with it’s own unique fun extras. I suppose when you’re monitoring a 90 minute game, you need to have something to keep you entertained along the way.

All in all, the puzzles in Lost Tomb were well thought out, fun, and interesting. One thing you can never accuse Extremescape of is doing stuff that we’ve all seen before. On top of that, it’s the engineering behind the puzzles which really takes it to the next level. We’ve seen a few rooms now incorporating moving parts and more complex or physical mechanisms, but what we see at Extremescape is just something else.

Honestly, if you’re new to escape games or an old hand, you’ll regret not checking these guys out. I don’t think I can pick a favourite between the two games. They’re both difficult, both incredibly well themed, and yet both very different. I think Lost Tomb may be swinging it for me at the moment, possibly because after we escaped I got to try cracking the whip, and it’s lots of fun!