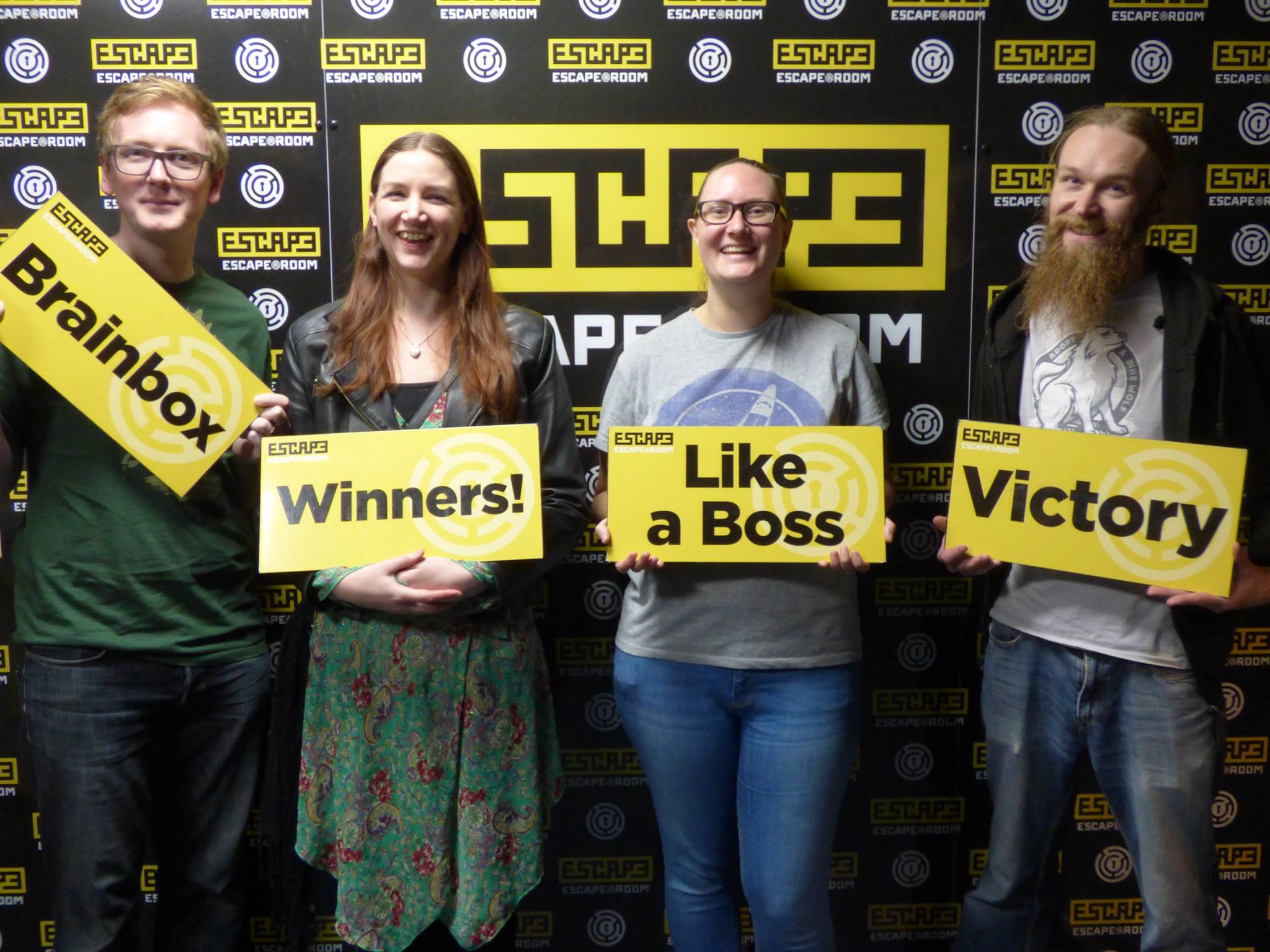 Although it doesn’t seem like it, it’s been over a year since we last visited Escape Room, and a lot has changed. Preston have added a sixth room, and two new sites have opened in Stoke and Barrow. Last weekend we popped down the M6 to Stoke to see what one of Escape Room’s newest sites had to offer. First up, we were excited to see a good variety of rooms on offer. While we’ve seen Prison Break in Manchester & Preston, and Spy Mission is also Preston’s latest room, the other three were rooms we had not seen before, so there’s little repetition between Stoke and other branches.

We opted to play CSI, which we were assured as a fave of all the staff there, and it comes with a difficulty rating of 5/5. A slightly smaller team than usual, we risked making the journey with just the four of us, even though the max for the room was six.

It’s also a much different venue. While Manchester and Preston are based slightly out of the centre, in converted properties, Stoke is right in the centre, inside a large shopping centre, and it’s located right next to a Laser Quest!

It’s a nice set up, with a reception and separate waiting area where you can relax before being taken through to the room. We’re given a safety briefing, and we’re a little disappointed to learn that Escape Room is still insisting on having a person enter the room to physically give you clues, rather than using a non-invasive technique such as messages on a TV screen. It doesn’t matter what your excuse is for not wanting to use a tech solution, nothing will convince me that interrupting a game for a clue is the best way. There’s nothing worse than being completely engrossed in the game, having tensions rising and a great atmosphere when the door is opened and a member of staff pops in to give you a hand, ruining everything. Perhaps if I complain about it enough, Escape Room will change it!

Now that rant is over and done with, let’s get onto the important bit – the room! While I’ve played many escape games, I always find this bit the most difficult to write, because going into detail would ruin it for those who haven’t yet played! But I’ll do my best…

I really enjoyed this game. It’s one of the most enjoyable rooms I’ve played, and I’ll try to explain why.

You are the captain of Hong Kong’s elite team of police forensic evidence investigation experts. You and your team have been called into investigating a homicide case at an abandoned apartment, after the murderer responsible effectively covered his tracks to baffle the police force. However, after hearing that you are on the verge of exposing his identity; he has set out to trap and eliminate you completely. You and your team have 60 minutes to gather the evidence needed to expose the killer’s identity, while figuring out a way to escape from the brilliant murder’s fatal grasp, or suffer an unthinkable fate. 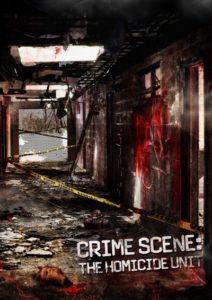 The synopsis of the room reminds us very much of Lucardo’s Virginia House, but the reality was a little different. On entry to the room we were given a slightly different back story. Rather than investigating a homicide at an abandoned apartment, we had instead located the killer’s home, but on entering, found that were locked in, and had only 60 minutes to escape.

I prefered this backstory as it made a little bit more sense when playing the game, and I also preferred Escape Room’s theming in the room over Lucardo’s, (although Lucardo have very good theming too). I loved the fact that every time you thought you were getting somewhere, you actually just ended up moving to the next part of the puzzle. So much so, that when we finally escaped, I wasn’t convinced we were actually out until we physically stepped into the corridor. The puzzles were good. We saw a few different things we had not seen before, but they weren’t overly complicated for the sake of being different. They mostly made sense within the theme of the room (as much as a killer trapping you in his house and making you solve puzzles to escape makes sense).

If I had to pick at one thing, it would be that the puzzles in CSI are very linear. There is never an occasion where the team is split looking to solve multiple clues at one time. You solve a clue, and move on to the next one. In this respect it worked out well having a smaller team. I worry that a team of six may struggle to all feel of use and end up falling over each other too much to work effectively.

We escaped the room with about five minutes to go, which thankfully meant we were clear before the killer returned! Escape Room Stoke have done really well to set up another excellent escape game site, so if you’re in the area, you should head on down. We would certainly recommend playing CSI, and hope to return soon to look at Safari Jungle.