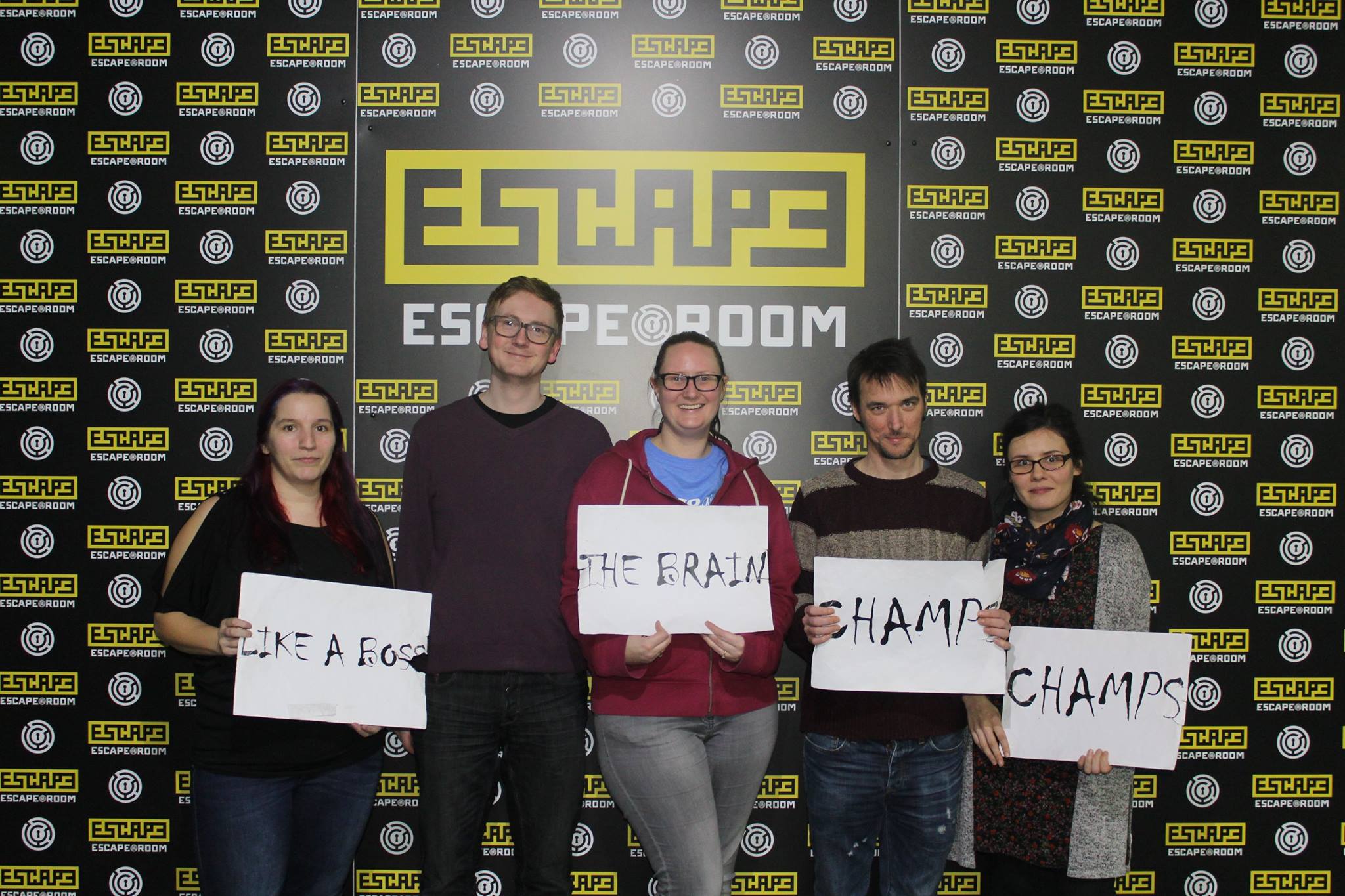 this week we had an amazing time at Escape Room UK in Preston. Not only did we get to play another escape room, but we also got to try out their brand new Laser Quest site!

We last visited Escape Room in Preston on their launch night where we played one of their five star difficulty rooms called Taken, which we loved, and escaped in just 24 minutes! 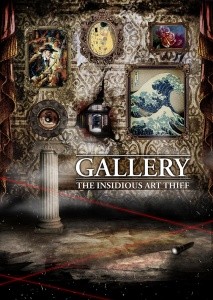 Tonight however, we played one of the four star difficulty rooms called The Gallery. In the Gallery room, you are a group of master art thieves who have stolen the Mona Lisa, but when trying to leave, you have tripped an alarm, become trapped inside, and the police are on their way! Fortunately for you, the first police car despatched got into an accident, and although a second car is being sent, it will take an hour to get there, giving you time to escape……

We weren’t surprised at how good the room was when we first went in, as high quality decor and props is just something we have no come to expect from Escape Room, but as usual, we were very impressed with the initial room in this game.

Surprisingly, we solved the first two puzzles very quickly, and moved into the next room phase. When talking to the game controller afterwards, we were apparently into the second phase within 9 minutes, which we think is pretty impressive! 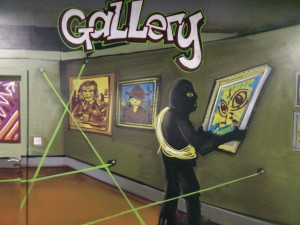 The second phase of the game was the best for me, and not to give away too many clues of what to expect, I’ll just say that the mission impossible theme will definitely be stuck in your head after you get this far in the game.

As always we can’t go into too much detail about the room as we don’t want to spoil it for people who haven’t yet played, but we can say that we really enjoyed this room. There was a point where we suspected we were moving too quickly, and when you fly through without being challenged, you actually lose a sense of enjoyment. But I’m happy to say that we were wrong, we were definitely slowed down, and certainly challenged in the later stages of the room!

Thinking back, The Gallery didn’t actually contain a very high number of puzzles, but each one was well thought out, interesting, clever and challenging, which to me is much nicer than just throwing as many find the key and lock combinations in as possible so you feel like you have more to do.

Once we escaped the room, we were pleased with our time of 42 minutes, and delighted when we found out that it had earned us top spot on the leaderboard!

The Gallery is a similar setup to the Treasure Hunter room at Lockin Escape, which we also really enjoyed, but with a lot of Escape Room games, we find that they always have a great use of the extra space they have, and we really like a game that has progression through rooms rather than one space to work in.

As always, Escape Room have provided another solid escape room for us to play, and it’s thanks to companies like these that we never get tired of these experiences. So much so, that we’re popped back to Escape Room Manchester the next night…..