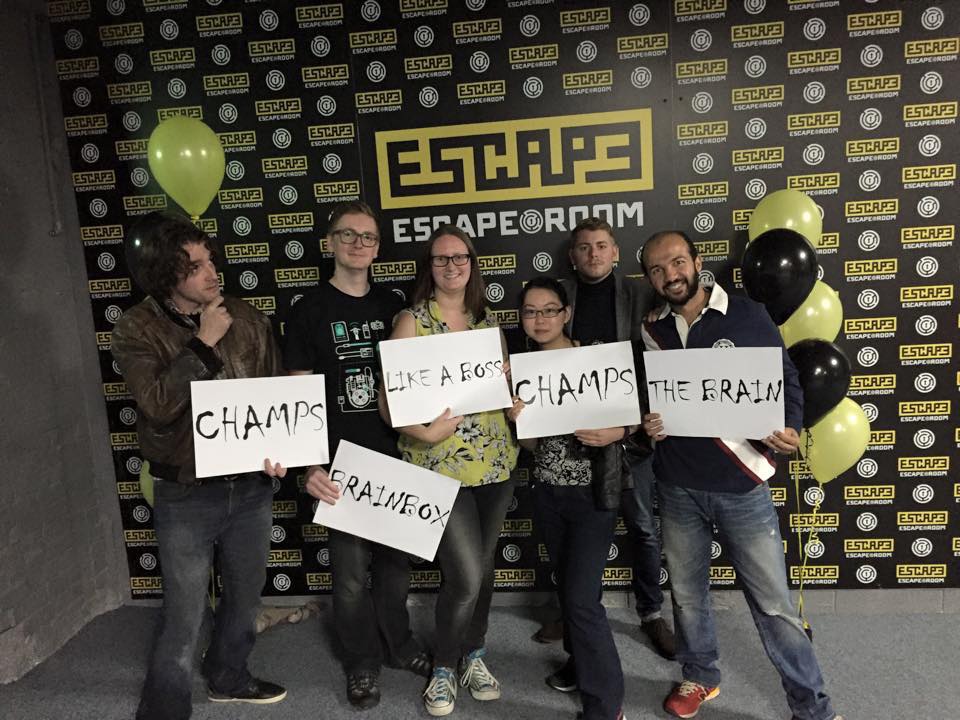 Earlier this year I had the pleasure of attending the launch of Escape Rooms Manchester, and just when I thought I was about to get bored of them, I realised just how elaborate and fantastic these games could be. Having visited Escape Rooms Manchester twice now, it’s firmly becoming one of my favourite Escape Game companies.

So when I found out that they were soon to be opening another site in Preston, I was really excited to see what they had come up with. I was most excited to look at their new rooms, as knowing that Escape Rooms has a dedicated R&D team who work tirelessly on developing new games, I knew that I would be impressed with their new games.

It’s strange when arriving at Escape Rooms Preston how different the atmosphere is to Manchester. As the Manchester site is set in a converted nightclub, it lends itself very well to stag and hen parties, and corporate events. Preston however has a much more laid back feel, the lack of a bar doesn’t hinder the venue, and an amazing decision to bring in a Manchester graffiti artist just 2 days prior to the launch was a very good decision indeed.

The result is a cool, converted warehouse feel, perfect for students (which is a very good move considering Preston is a student town) but refurbished so well it doesn’t feel like a budget conversion. In this way Escape Rooms have managed to create the perfect combination of student and professional in one setting.

There are three new rooms at Preston, and two which we have seen before at Manchester.

The Mummy is Preston’s only 3 star room, with Prison Break & The Gallery set at 4 stars, and Vampire Chronicles and Taken being the most difficult with 5 stars each.

We played the Taken room, which I was very excited about. Joined by an extra two teammates, the six of us were thrust into the room with the usual hour to solve the puzzles and ultimately escape.

The premise of Taken, is;

The boss’s daughter has been abducted and taken for ransom by a mob, consisting of internationally wanted criminals. The authorities have gathered the information needed to pinpoint the place where she is held captive, and you have been entrusted with her safe and immediate return. Now, with time running out, you find yourself in a life and death race against the clock as the abduction begins to spiral towards a terrifying and deadly conclusion. You have 60 minutes to utilize the tools and skills within your disposal to rescue the boss’s daughter and getaway before the kidnappers return.

We absolutely loved this room, it had a great setup, fantastic puzzles, and a bit of physical activity required (not a lot, but enough to introduce a great new logic puzzle). The decor and props were great, but we wouldn’t expect anything less from Escape Rooms, and we stormed the room in just 24 minutes! I would like to take full credit for this, but our two extra team members I think contributed a lot towards our swift exit time, and it was lovely to have them on our team.

We’re confident that Escape Rooms will be a great success in Preston, and we hope that we’ll be able to go back soon. I certainly have my eye on the Vampire Chronicles room….. And not just that, but looks like the Birmingham site will be coming soon, followed by more sites in Leeds & Liverpool!