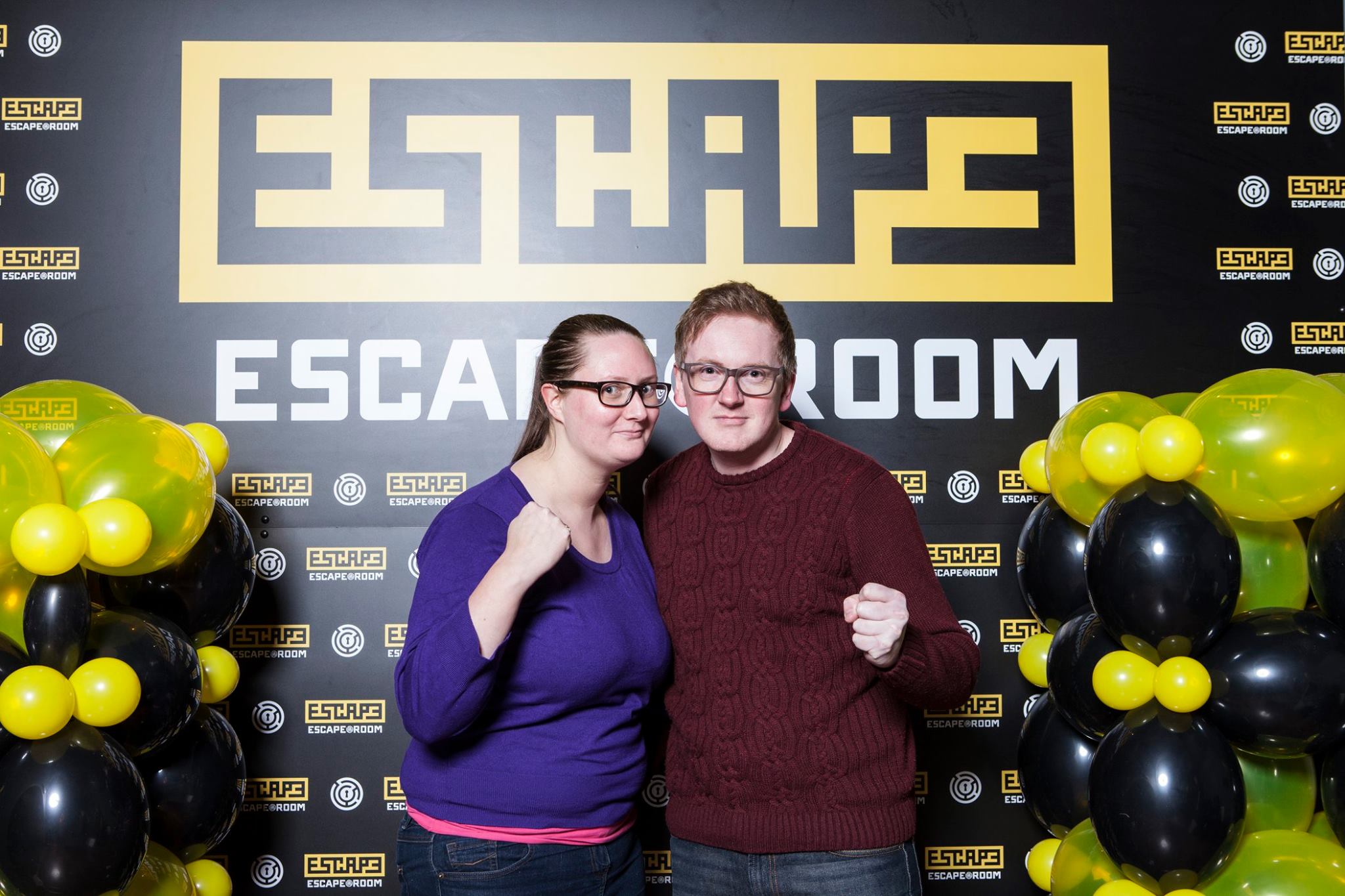 Whilst my experience at Escape Room UK was complimentary, this review is my honest and unbiased opinion.

Escape Room UK is Manchester’s newest Escape Game Company. Opening just 6 weeks ago, they have already made their mark and are certainly standing out from the crowd. There are a few key differences between Escape Room UK and the existing companies which make an immediate difference;

We played The Secret Lab, the only game in Manchester so far to have less than 5 teams on the top 5 leader board, as so far only 4 teams have succeeded…..

On entering the room you immediately see that the set up is already a cut above the rest. Instead of feeling like you’re in a room kitted out as an Escape Game, you simply feel like you’re in the room. This adds to the atmosphere of the game, and you feel more immersed as you hunt for clues in this wonderfully believable setting.

Obviously I will not go into a lot of detail about the game itself, as I wouldn’t want to spoil anything for potential gamers. but I will say that once again Escape Room UK managed to keep the puzzles fresh and interesting, while also making them in keeping with the theme of the room.

One thing a veteran escape gamer will immediately notice however is the lack of the hint screen. Escape Room UK does not communicate with you via a screen in the room, but instead, a hint button on the wall can be pressed if you get stuck, and staff will come in and give you a clue. This is one aspect of the game I didn’t like. Having such an amazing setting for the game, and getting the player fully immersed in the world they have created, having someone then walk into the room (you’re supposedly locked in) kind of breaks the mood and brings you back to reality. I think the clue button, (and being restricted on how many times you can press it) is a better approach than being given clues when the observer feels you need them. It allows you to make the decision as to when you need help, as it puts you in control. But perhaps combining the help button with a screen would work much better then having staff enter the room with you, and this is something that I fed back to the staff after playing the game, so hopefully this will be implemented in the future.

The Secret Lab is very hard, we didn’t escape, but there was just two of us (any excuse) and we still had a great time.

We also got to have a sneak peek at some of the other rooms, and one thing we noticed consistently is the amount of effort put into the decoration and set up of each room. This is a company that takes the theme of a room very seriously, from the high quality décor, to realistic props, and even the smell of the room helps to set the scene. We also noticed that each room was very different, and also very different to rooms we had seen from other companies. Escape Room UK is not afraid to take it to the next level, as indicated by the amount of screams we heard throughout the night! But not to fear, there are rooms suitable for everyone. I suggest that if you have younger children, wish to avoid a fear factor, prefer not to play in the dark or wish to reduce the feeling of claustrophobia, that you speak with a member of staff prior to booking about which game you should select.

Escape Room UK advertises itself as Manchester’s premier experience, and from what I have seen so far, it has the right to do so.

Book now for your chance to try out these amazing new escape games, and use the promo code ESC20 for 20% off!

Oh, and almost forgot to mention, they’re partnered with Blizzard!!! And will be adding a games room to the site soon!