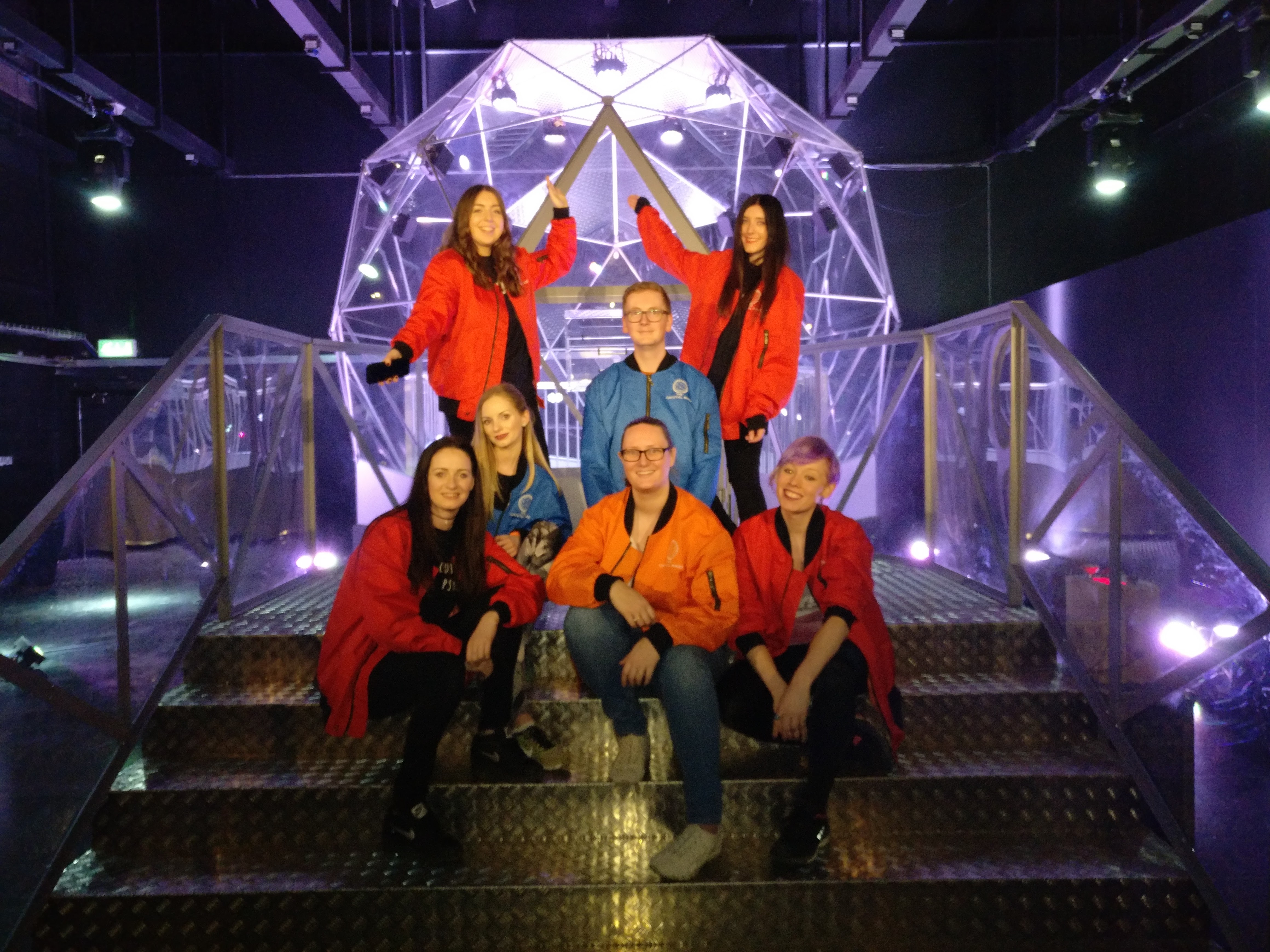 This month sees the launch of the Crystal Maze Manchester ‘ultimate team experience’! Now we’ve been keeping an eye on this ever since the indiegogo campaign launched in 2015. We ‘almost’ backed the project, but couldn’t quite commit due to the financial cost and uncertainty of available dates for playing the game (we’re pretty busy, and if we don’t get enough notice to travel to London the ticket cost is atrocious).

Despite our failure to back the project, it succeeded, and in 2016 the Crystal Maze London opened. We were very disappointed that we didn’t get chance to go down and play, especially as we knew people who had, and had loved every minute of it. Not to remain sad for too long, the team behind the Crystal Maze soon announced that the immersive experience would be coming to Manchester!

Last week the doors opened for the first time, and we were invited over for a sneaky peek at what’s in store for the Manchester teams…

The ultimate team challenge, in which you and your friends face challenges testing your skill, mental and physical ability across four adventure time zones: Aztec, Industrial, Futuristic and Medieval. For each challenge completed your team will earn a Crystal. The more Crystals you earn, the more time you’ll get in the final challenge – The Crystal Dome! 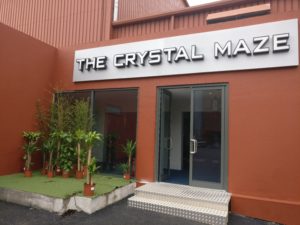 On arrival we were grouped into a team of seven for our experience, placed our personal belongings in lockers, and grouped in the holding room waiting for our game to begin. It was nice for us to have a few minutes to chat, and get to know each other’s strengths and weaknesses so we can ensure we give our team the best chance possible at succeeding. We had a really nice mix in the group. Arran, being the only by became our team captain, I was the deputy, and between the seven of us we had a good mix of people confident to take on all four challenge types. I decided to stick to mental and mystery challenges!

We also had to pick a team name, so I suggest you start thinking of this long before you arrive, or you may end up being Team Crystal McCrystalface, because you don’t have time to think of anything better…

When we were ready, we were taken into a small room for our introduction, and met our maze master, Papa D, the Yorkshire rapper!

The Crystal Maze Manchester has 50 different maze masters to guide you through your challenges. The include a steampunk poet, a girl scout leader with military discipline issues and a character called Professor Nincompoop. Each is ready to entertain you in their own special way, and we certainly loved Papa D’s rapping!

Medieval – This was our first zone, and the theming was off to an outstanding start. With old wooden doors and the occasional skeleton in the corner, we sure felt like we were stuck in the dark ages.

Industrial – The industrial zone is dark and dirty. While still well themed, it feels like the least iconic of the four.

Aztec – We’re confident that you’ll find Aztec by far the most impressive zone. Be prepared to feel the sand beneath your feet, and gaze in awe at the HUGE temple. We also loved the entrance to this zone, but we won’t spoil any surprises by telling you how this works 😉

Futuristic – Head into outer space for the final zone of the day, and see where the future will take you…

We don’t really want to go into much detail on this one, that’s up for you to discover when you play the game for yourselves. But, we will say that you won’t be disappointed. No games have been directly replicated from London, they’ve either been updated based on feedback, or are entirely new offerings based on original games from the TV series.

The physical games are not for the light hearted, be prepared to put your back into it, and the skill games can be very tricky if it’s not a particular skill you possess. Mental challenges are difficult when working to a strict time limit, and Mystery challenges are, well, a mystery! 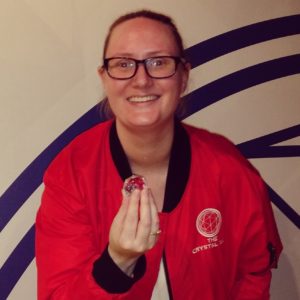 You should all get to play two challenges each in a full team of eight. I played a mental challenge, and a mystery challenge. Annoyingly, the mental challenge in the Medieval zone is something I have done many times when playing online puzzles, but the pressure really does get to you when you’re in the moment! With time counting down and your teammates shouting out too, it’s really hard to concentrate. While I don’t doubt that I would have found the solution, two minutes was just not enough, and I failed. My second challenge was a mystery game in Aztec. Thankfully, it was a maths based puzzle, which I solved very quickly, and gladly contributed a crystal to my team. Arran on the other hand played a skill challenge in the Industrial zone and a physical challenge in Aztec and got both crystals! With another stroke of luck, his rock climbing skills came in very handy for the second game.

I think it’s also worth mentioning that the first challenge he was given had a malfunction, meaning he couldn’t complete the task. But our maze master was amazing and quickly pulled him out of that challenge and into another one, while the staff were on hand to fix the issue ready for the next teams to enter. We understand that technical issues will happen, but it was handled very well, and in no way detracted from our enjoyment of the games.

By the end of the four zones we had collectively obtained 8 crystals, which bought us 40 seconds in the crystal dome. With all the excitement of trying to grab as many gold tickets possible, I almost forgot to put them in the box before the time was up!

We didn’t come out with a great score, but we had a really great time playing the game, and we’ll be back on the 27th April to play again with friends!