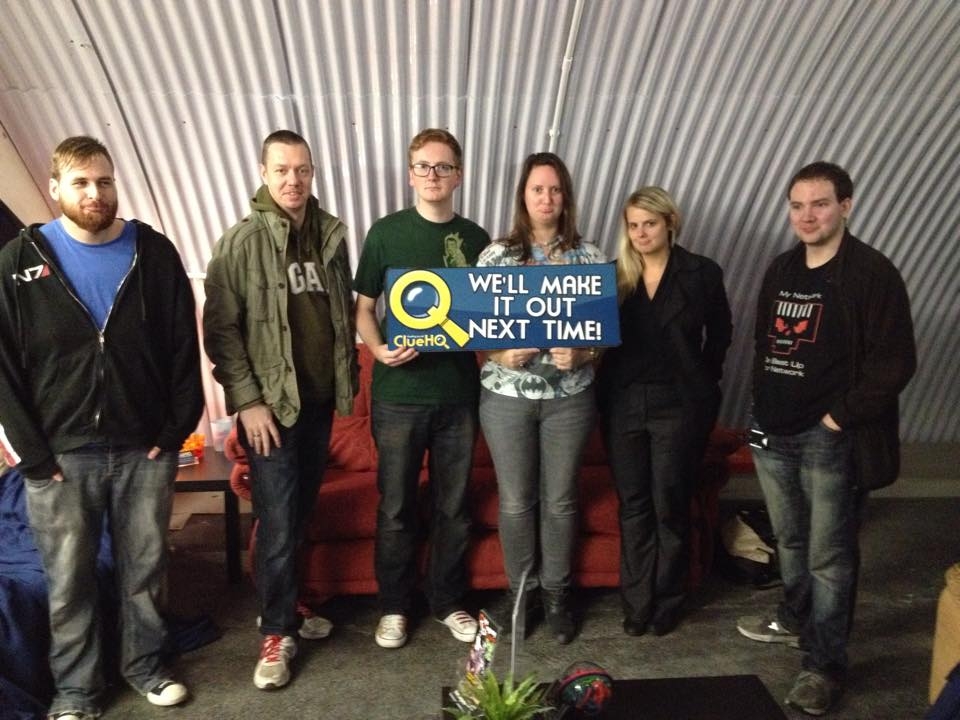 Following on from our successful game at Breakout Manchester, I was given the opportunity to try another game at an alternative company Clue HQ in Warrington. Opening in July 2014, Clue HQ currently has one escape game, Bunker 38, with a new game, The Dungeon of Doom, to be opening soon.

6 of us ventured over to play the Bunker 38 game, 3 of us had played the Virus room in Manchester, the other 3 had done nothing like this before. We arrived quite confident, especially as we already had some experience in how the games work, and looked forward to trying a different concept.

Bunker 38 is advertised as “After being locked in an underground bunker following a radiation leak, it’s now time to leave as you’ve limited oxygen left. Only 60 minutes of breathable air remains – will you escape in time?”. We’ll overlook the fact that according to the back story you have actually spent 39 years in the bunker, and seem to have left it until the last hour to decide you need to find the way out……

Once entering the room I felt that we made reasonable progress, thanks to our previous experience, we started hunting for clues in various places quite quickly. Not long after entering however I felt that we were not continuing to progress as well as we should have been. We were a little disorganised, and seemed to get stuck a bit more than when we had done Breakout Manchester, which having that previous experience, I wasn’t expecting to happen.

After some minor equipment malfunctioning, which the organisers managed to resolve for us without affecting the game, we finally seemed to have the end in sight. The only issue was that we were running very low on time! The final hurdle was in sight, but the clock ran out before we solved the very last clue. Only 1 extra minute and we would have been out, but sadly, we failed. 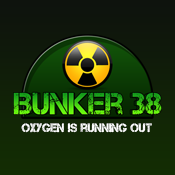 The success rate of Bunker 38 is advertised as 10%, and we were told that only 25% make it to the final stage, so at least we made it that far. Both Breakout’s Virus room and Clue HQ’s Bunker 38 are rated 4 out of 5 stars for difficulty, although I would say that Bunker 38 was the harder of the two. Not just because we failed, but because there was a wider variety of ways to solve clues, which took more working out than the game in Manchester.

We’ll definitely be coming back to do the Dungeon of Doom when it’s open, even though it’s supposed to be harder, this just makes us more determined to win!