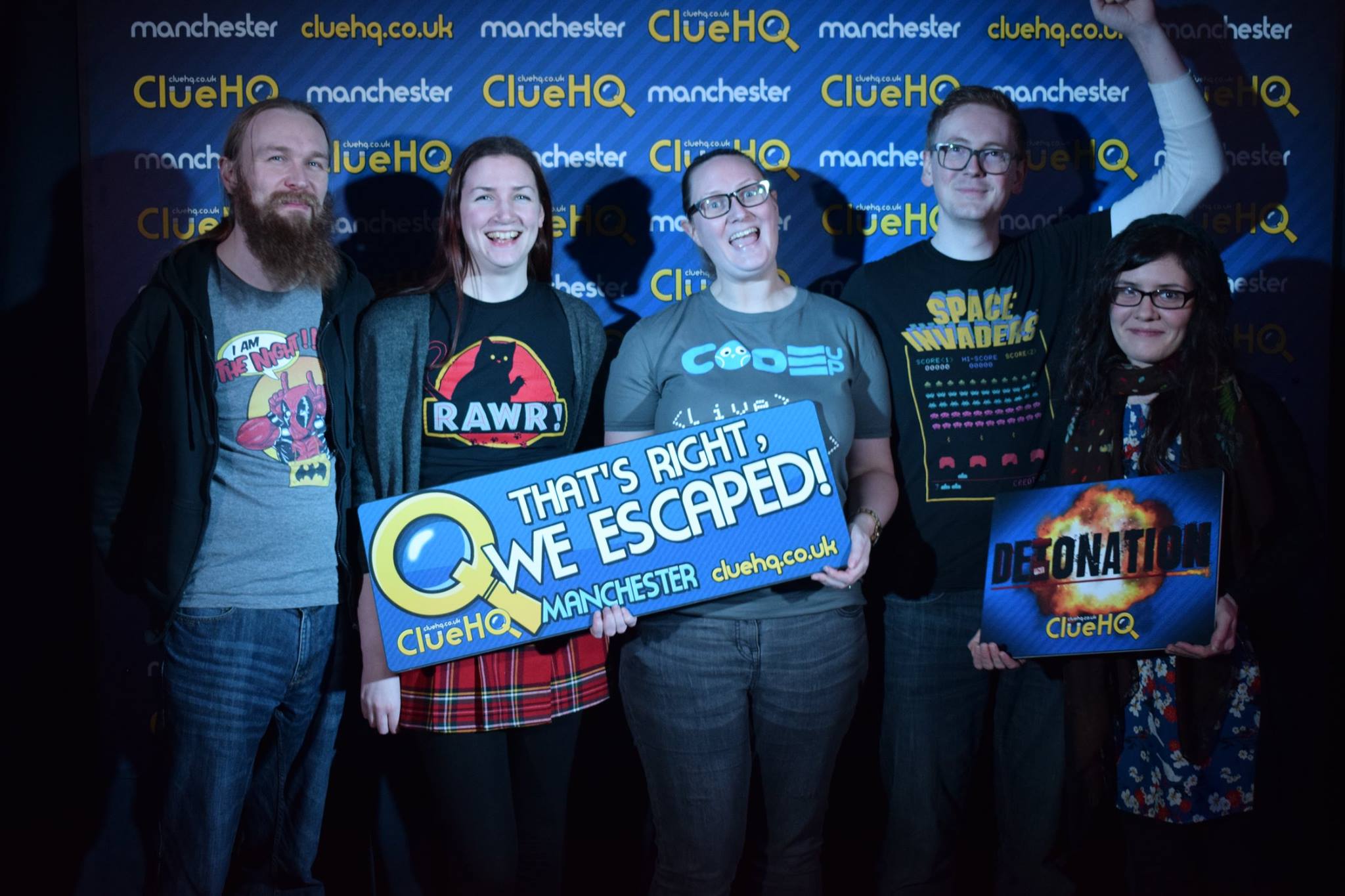 Clue HQ was one of the first escape room companies we ever visited, so it was great to be back trialing their new site in Manchester. We visited Clue HQ Manchester one evening, and we played Detonation.

You and the rest of your detective team have been on the case of Danny Badd. Badd has been wanted for 7 years and is a known criminal all over Europe. He’s wanted by many different countries for various crimes. After 1 year of gathering information, 24 hour surveillance, and even capturing Badd’s brother, you’ve finally got the best lead that any intelligence unit has ever received with regards to his location. You’re going in, but not without a plan. Badd is notorious for blowing up anyone who attempts to track him down. Watch your step.

Danny Badd is the Clue HQ arch nemesis, and features in a number of their games. You don’t need to have played the previous games he features in before playing Detonation, but it’s a nice touch to have an ongoing theme throughout some of the games.

Clue HQ have continued their tradition at Warrington and located themselves under the arches near Piccadilly.  This gives them tons of room to work with, so although they only have two games at the moment, we’re sure that there will be more to come.

Clue HQ has a really nice waiting area, (and a toilet, yey!) with lots of sofas for you to get comfy on while waiting for your game to start. They also have a large TV screen which plays your introduction to escape games, including basic rules and what to do in an emergency.

After the introduction, you’re taken into the room and shown the video for your game.

Once the video finishes, the countdown begins, and you have 60 minutes to escape!

Detonation was a really nice room for us to play. It had a few surprises, and some great touches. None of the puzzles in this room were hugely difficult, but there was a lot going on, meaning that all five of us were constantly participating, and there were only a few moments where we had to stop and think. In a way this was nice, the room kept us busy, and the puzzles were many and varied.

There were some puzzles we had seen before, and some new ones. While some weren’t directly in keeping with the theme of the room,  nothing was majorly out of place. Plus, the ‘hidden’ portion of the game was so well hidden we had no idea it was coming until it happened!

We also loved the little twist at the end, even if it did throw us off at first…

Our game controller was amazing, our clues were minimal and came just when we needed them. At no point did we feel like we were lost, or being given hints too quickly. After we escaped, we were all really pleased with how the game had gone, and most importantly, we had fun!

We’d also like to add that the one star rating shouldn’t put you off this game. We think that Clue HQ rate games slightly differently to other Manchester companies like Breakout and Escape Rooms. A Clue HQ one star is more like a three star elsewhere. It’s fun and not taxing, but you do still get challenged.