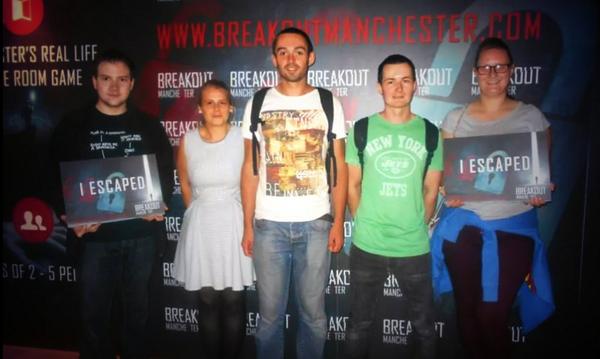 Breakout Manchester opened a few months ago near Albert Square in the town centre. The idea is to create a real life escape game, in which and your team are locked in a room for 60 minutes, and have to use your brain to solve a series of puzzles and clues in order to escape. Games like this allow you to really get involved, you are the playable character, and you control the outcome, but you allow yourself to become so invested that when you find that final clue and escape the room, the sense of achievement surpasses anything you get from completing a video game while sat on your backside at home. Escape room games like Breakout Manchester bring a true social aspect into the gaming experience, and with live escape games slowly cropping up all over the country, they are a welcome edition to the world of pervasive gaming. 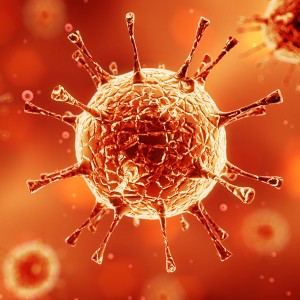 Tonight myself and four friends played Breakout Manchester’s Virus game. The company offers 3 escape rooms of varying levels of difficulty, but we went straight in at the deep end booked the room with highest difficulty. In the Virus room, the fate of mankind lies in your hands. A deadly virus is infecting people, and the scientists who developed the cure succumbed to the virus and dies before their results could be shared with the world. You have 60 minutes to find the cure and save the world.

We managed to complete the game and escape the room with a respectable 5:08 left on the clock, and we loved every minute of it. When you first enter the room you don’t really know where to start, but before you know it, you’re all searching for clues and the game gets moving pretty quick. We had a few moments where we got stuck, but with a few prompts the game got going again, and when we finally managed to escape the room, we were really pleased with how we worked together. We did a have a few dumb moments, and there were times when a few people found different clues at the same time and it was hard to keep up, but it just all added to the excitement of the game.

One of the interesting things we discovered when talking after the game, was that not many of us felt that if we actually knew how we managed to get out from start to finish. With all the frantic clue searching, and having the team often fragmented and working either alone or in smaller groups, we realised that alone we only contributed to 20% of the answer, and even if we had managed to keep track of what everyone else was doing, and all the clues and puzzles the rest of us solved, only 2 out of the 5 of us thought we could repeat the game alone and complete it.

When speaking to the organisers we were told that the record for the Virus room was escape with 17 minutes remaining, so we didn’t manage to break the record, but we were still happy with our time. It would be nice however if the organisers could set up some kind of leader board, so you can compare your results with teams who have gone before you. From a personal interest point of view, it would also be nice to see how results differ dependent on team size, age, sex, etc.

We’re definitely going to go back and try out the other two rooms, and would recommend this to anyone looking for some fun!