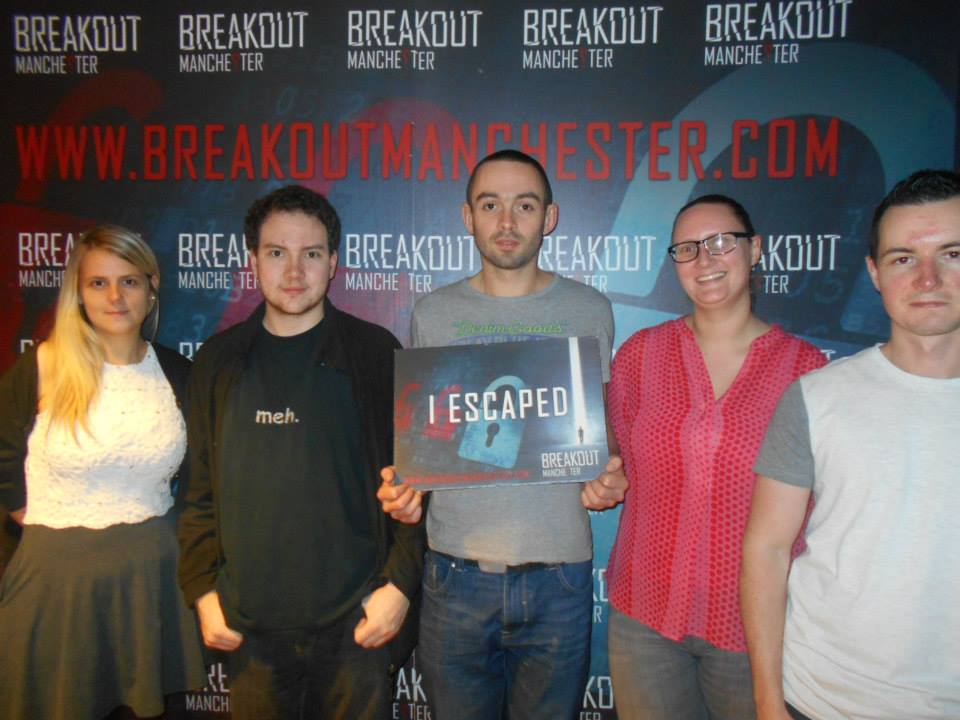 This month Breakout Manchester have released their fourth escape room game Sabotage. This makes Breakout the first company in the UK to be running 4 simultaneous games! I was delighted when the organisers contacted me to come down and review the latest room. Whilst my game of Sabotage was complimentary, this review is my honest and unbiased opinion.

Being my third escape game I was a little apprehensive about this one. I was concerned that even though I really enjoyed the two I had already played, that I would start to become bored with the concept, or find the rooms too easy to escape because the same puzzles are being used over and over again.

Having now played the game however, I am very pleased to say that there was no need for me to be apprehensive, I loved this room more than any other I had played, and I still want to come back and play again.

Sabotage managed to do the one thing that was missing from Virus and also slightly from Bunker 38. It managed to have you solving clues and puzzles that actually made sense in the setting of the game. 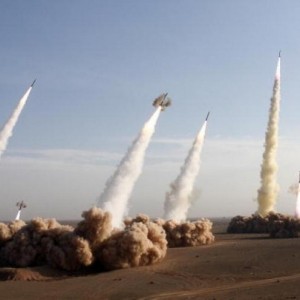 To try and explain a bit further, Virus was based on finding the cure for a disease spreading through the world before it was too late. The setting is laboratory based, but in the end you don’t really feel like you have found a cure. The puzzle & clue solving is very clever, and the game is very fun to play, but other than the setting and the props, the virus story was pretty much redundant. Bunker 38 was a bit better, as the aim was to basically escape, (which we didn’t actually manage to do). The back story was reasonable, but again in terms of the setting, some of the puzzles didn’t really make sense. If you really had been hiding in a Bunker for a certain number of years with every intention of leaving at some point, why would you have made it so difficult to work out how to get out…… 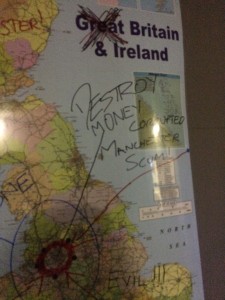 Sabotage is a perfect room for finding a balance between puzzle solving and keeping to the original story and setting. It makes sense that keys would be hidden from you, and that passwords would need to be cracked in order to achieve your goal. Yes, some of the ways of finding clues were more for fun, than in keeping with the theme, but the game on the whole still made more sense than those I have played before.

I’m not going to really discuss our experience of the game, as I don’t want to give anything away, but I will say that we escaped with 10:52 left on the clock, which we were told might have been a new record! Advertised as a difficulty rating of 4 out of 5, I would agree that this is on a par with the Virus room, just very different in the way the clues are found. 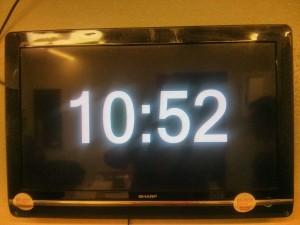 The other thing about Breakout Manchester I like is how much they love your feedback and take it on board. There were a few things that didn’t work quite as well, some confusing bits we fed back, and also a small hack we found to get around one of the puzzles. But I’m confident that after feeding back our issues, if we were to play the game again tomorrow, everything would be fixed.

There are a few other aspects of this game I really enjoyed. One of my earlier worries was that the same puzzles would be re-used, but again Breakout Manchester have devised new ways of providing us with clues. My particular favourite was the riddle solving which I have not seen before, and others in my group really appreciated the small physical aspect of puzzle solving, something which a few of us would like to see a bit more of in the future.

Overall I think this was my favourite game I have played so far. Breakout Manchester have really managed to raise the bar on ingenuity and have kept the concept fresh for people who have played before. I’m really excited to see what they come up with next, I think that by listening to feedback and pushing the bar further that Breakout Manchester can continue to provide us with great games that are worth returning for again and again.