It’s been awhile since we ventured to Breakout Manchester, which is a shame considering it’s the first company we ever played an escape game with, but this weekend we had the opportunity to pop back and check out their latest site on High Street and play the new Reclassified game. 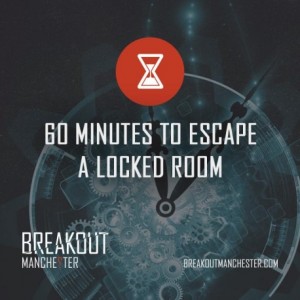 We went down to trial the first duplicate games to be run in Manchester which can be played side by side. This means that two teams can really go head to head and see who will be the first to escape. We, of course, went for the boys vs girls option…..

The High Street venue is very nice, (it has toilets, yey!) with a nice open waiting area and plenty of seating, and situated right opposite the Arndale it’s a great location near the bustling Northern Quarter.

We arrived in teams of four, both determined to be the ones victorious! The girls became the green team, and the boys became the boy team. We were told that we’re all spies in training, and we’re about to be put to the final test. Reclassified is a spy training game. Pass, and we become fully fledged spies. Fail, and we don’t! After our briefing, both teams headed into their respective rooms, and the race began….. 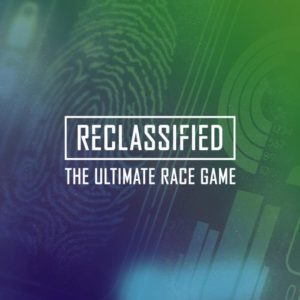 One of the great things about the Reclassified rooms is that you get to see how far the other team has got, so you know how far ahead you are, or how much catching up you have to do.

In the Reclassified rooms you each have eight puzzles to solve, each one opens a box on the wall, the contents of which might help you solve further puzzles, and you’ll need them all for the final clue. On the wall are eight lights, each representing a clue solved by the other team. So if there are more lights on the wall than you have opened boxes, you’re going to have work faster to win!

The girls felt they were off to a slow start, yet managed to open four boxes before a single light on the wall came on. At one point we wondered if the lights were broken, but it turns out the boys just had an even slower start than us. Once they got going though, four lights came on in our room quite quickly, and as we were slowing down, the boys were catching up.

Each time one team opened another box, the other team didn’t seem far behind, and we were neck a neck for the rest of the game. With 10 minutes, 14 seconds to go the girls solved the final puzzle and the door opened. As we dove out into the waiting room and saw that the door to the boys room was still closed, it was pretty hard to contain our excitement, and we’re pretty sure the boys knew that they had lost. Not ones to give up, with 7 minutes, 3 seconds to go the boys also emerged from their room. Despite successfully breaking out, the mood on the boys team was not a happy one.

The reclassified rooms had some nice puzzles in, with a few we had never seen before, which is always nice. Being able to play the same room at the same time is brilliant for pitting two teams against each other, and we think that Breakout are onto a winner with this idea. We liked the use of tablets, and the coordination aspect of the game was great fun (if not a little frustrating if you lack coordination), the only down side to Breakout is that their rooms are never quite as polished as some of the other companies. We always feel as though we’re in an escape room with puzzles, rather than really feeling like we’re in the setting the room is portraying.

Despite the decor and the overall feel of the room, we did really enjoy the escape rooms. I think that the element of competition played a huge part in that, so if you fancy going head to head, this is definitely the room(s) for you!