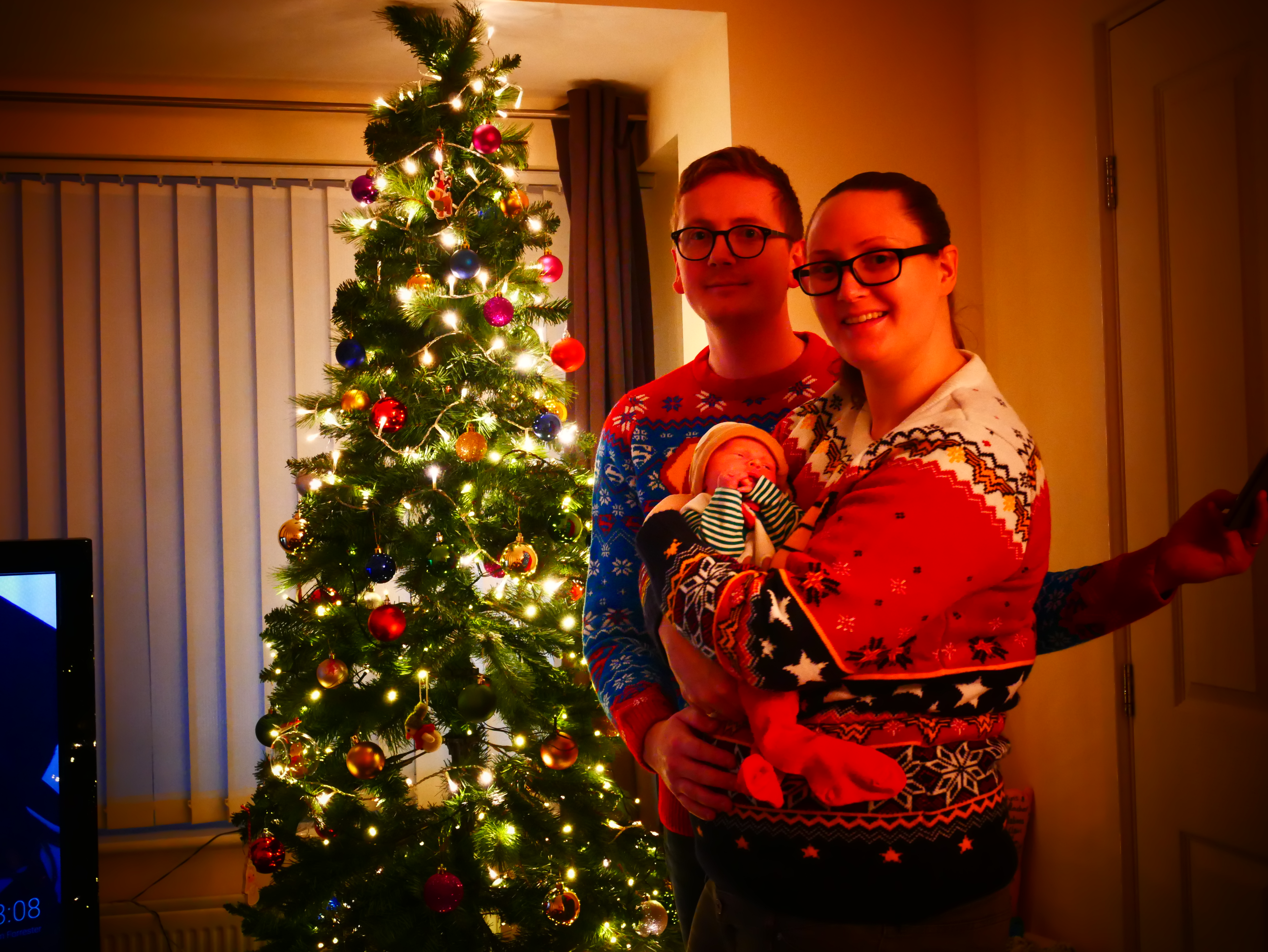 Each year I write one of these posts I can’t believe how amazing it has been. Well, 2018 has done it and managed to top the previous years again. I have a feeling that this one might actually be impossible to beat…

That being said, I’m going to present this post a little differently than previous years. With my PGCE in full force, my time for the fun random activities I used to do has been greatly reduced. So, rather than break down my review by month (as some are pretty uneventful), I’m just going to include the most significant events!

In April, we celebrated our one-year wedding anniversary with a weekend trip to the North Yorkshire Moors where we had booked a log cabin (complete with hot tub) for 3 nights. We stopped off in York on the way and I discovered Mason’s Yorkshire Gin – infused with YORKSHIRE TEA!!!!!

We had an amazing relaxing weekend, and I must admit that hot tubs and Yorkshire gin make for the most fantastic evenings!

It was also the weekend I had the excitement of discovering that every egg in two 6-packs I had purchased contained all twins… (Click on the tweet below to see the whole thread.)

I also interviewed for a teaching role at an AMAZING new school in Levenshulme, and I GOT THE JOB! So excited to have found something really suited to my skills and I’m super excited to start in September.

May was the month we discovered I was pregnant!

We’d been trying for a while and I’d stopped obsessing over tracking everything, so I hadn’t even realised I was late until I was almost 2 weeks overdue!

I did struggle at first with ‘feeling pregnant’, and even after my first scan, it took a while to really sink in. You can read more about my pregnancy imposter syndrome here.

In June I finished my PGCE, passing all placements and getting a distinction on my assignments. I also decided to carry on with my Masters and transfer my PGCE credits to an MSc in STEM Education. I’ve picked up one module to start and will see where it goes from there.

Just short of 3 months pregnant we headed to Madeira for what would end up being our last holiday abroad probably for quite some time. It was really nice to just relax by the pool each day, especially after the stress of my PGCE course, and before I start my new job, where I’m sure it will be even more full on than my training year (especially now I’m pregnant!).

One thing I will say to anyone thinking of going to Madeira on holiday is to NOT mistake natural lava pools for natural hot springs. Not, the same, thing…

Natural hot springs are pools of water heated by volcanic rock. Natural lava pools are natural rock formations allowing sea water to pool nicely for you to swim in. They are NOT heated. Although it was still a lot of fun forcing my husband to go in 🙂

After my 12 weeks scan, and having broken the news to my new employer (who were amazing about everything btw) we were ready to announce our news to the world.

Of we had to do something a little bit unusual, so following our Alien inspired and some amazing photoshop work from Mark James Hiblen, we published this…

I never attended my graduation ceremony after my Bachelor’s Degree, so graduating from my PGCE was a bit special for me. It was also nice to officially finish my training year, as I was really looking forward to starting my first official teaching job in September.

At our 22 week scan, we found out we were having a girl! Queue another geeky announcement on social media, this time from my husband.

Despite saying we weren’t going to go mad buying baby clothes too early we already had a good batch of gender neutral clothes to get us started. Of course now we knew we were having a girl this did also end up being added to with some unicorn inspired outfits and anything pink with dinosaurs on…

September brought my first day at school, and the start of my new career. I was really nervous as I knew I would only have 3 months to prove myself before going off on maternity, but I was fortunate to be working at an amazing school, with outstanding support, and phenomenal kids.

In just three short months I had achieved so much and improved in so many ways with my teaching. I can’t wait to get back next year, I just hope I don’t forget too much in the meantime…

This year I also upped my conference speaking game and actively sought to put myself out there. Sticking to what I know, I started with delivering workshops at CAS events, and then applied to speak at the National CAS Conference in Birmingham on ‘Enriching the Computer Science Curriculum‘.

After being well received I decided to rework my talk and submit it to PyCon UK, which is a huge conference that runs an educators day over the weekend.

I was also awarded a John Pinner Award for contributions to the Python community!

I had a bit of a weird pregnancy. Depending on which way you look at it, I either had a really easy pregnancy, or a really awkward one.

On one hand, I had no issues. No morning sickness, no cravings, no time off work and no major impact on my health.

On the other hand, it was a nightmare. Because I was considered high risk (due to my age and having arthritis) I was monitored more closely. This meant extra appointments, and when you’re really not wanting to take time off work this started to become rather frustrating.

Although I was managing to handle the large number of appointments and ensure they didn’t impact on my work, the interventions then started to increase, and I became more and more frustrated.

The first big issue came when my consultant decided to drop it on my that I would have to inject myself daily from the third trimester with a blood thinning agent as I was at a higher risk of blood clots. This is not a good thing to spring on someone with a needle phobia. Although I have coping mechanisms to deal with my regular blood tests and jabs, having to inject myself is just not going to happen. Queue complete breakdown and weeks of stress leading up to the third trimester, we managed to combat this by having my husband do the injections for me. It’s not the nicest thing to have to do on a daily basis, but we’re managing.

Next problem turned out to be the baby measuring small. This put me on weekly scans and put my stress levels through the roof. The consultant decided I needed to be induced at 37 weeks as there was a risk of the placenta failing if we left it any longer. I can honestly say that I’ve never been as scared in my life. I knew that there was always potential risks with giving birth, and I was prepared to do whatever was needed for the good of the baby, but when you’re planning on having a natural birth with as little intervention as possible, an induction completely ruins this.

Before all this, I was absolutely terrified of having to have a cannula or epidural, but after being told there was an increased chance of requiring a Cesarean after being induced, suddenly I was worried about pain relief.

The induction was booked for Monday the 10th December at 4 pm, and I was not happy.

Thankfully, the baby was on my side and I went into natural labour at on Sunday 9th December. Not wanting to let me off completely scot-free, contractions started 4 minutes apart and within 30-40 minutes were 2 minutes apart, regular, and came with involuntary pushing. As we couldn’t get hold of the hospital on the phone, we ended up calling an ambulance as I was too scared to get in the car when there was pushing going on.

The term ‘feeling the need to push’ also super confused me. There was no need for me to push, pushing was just happening. At the end of every contraction, I could fee my muscles pushing down, whether I wanted them to or not.

The ambulance arrived in time to relieve us of a potential home birth and I was taken int hospital. Once there it was straight to the delivery suite as I had arrived at 8cm and it was down to business.

I have to admit that at this point gas and air became my absolute best friend. I survived having a cannula fitted and within 90 minutes she was on her way. Unfortunately, in order to speed up the delivery the midwife decided to take the gas and air away from me as she was worried it was stopping me from pushing properly. I may have called her a few choice words and refused to let go of the pipe (she took the breathing tube off the top so I couldn’t have any more) four contractions later and our daughter was born at 10:03 am.

Turns out I completely skipped stage 1 of labour, and in hindsight, I probably got an almost perfect labour. I did have to have a drip for some time afterwards but at this point I was used to the cannula and didn’t bother me so much. Plus, I made friends with my midwife again and she gave me back my gas and air while I received stitches, so I was high as a kite and happy as Larry within an hour of the whole ordeal.

So there you have it, my 2018 was quiet yet eventful, and definitely, completely, life-changing…