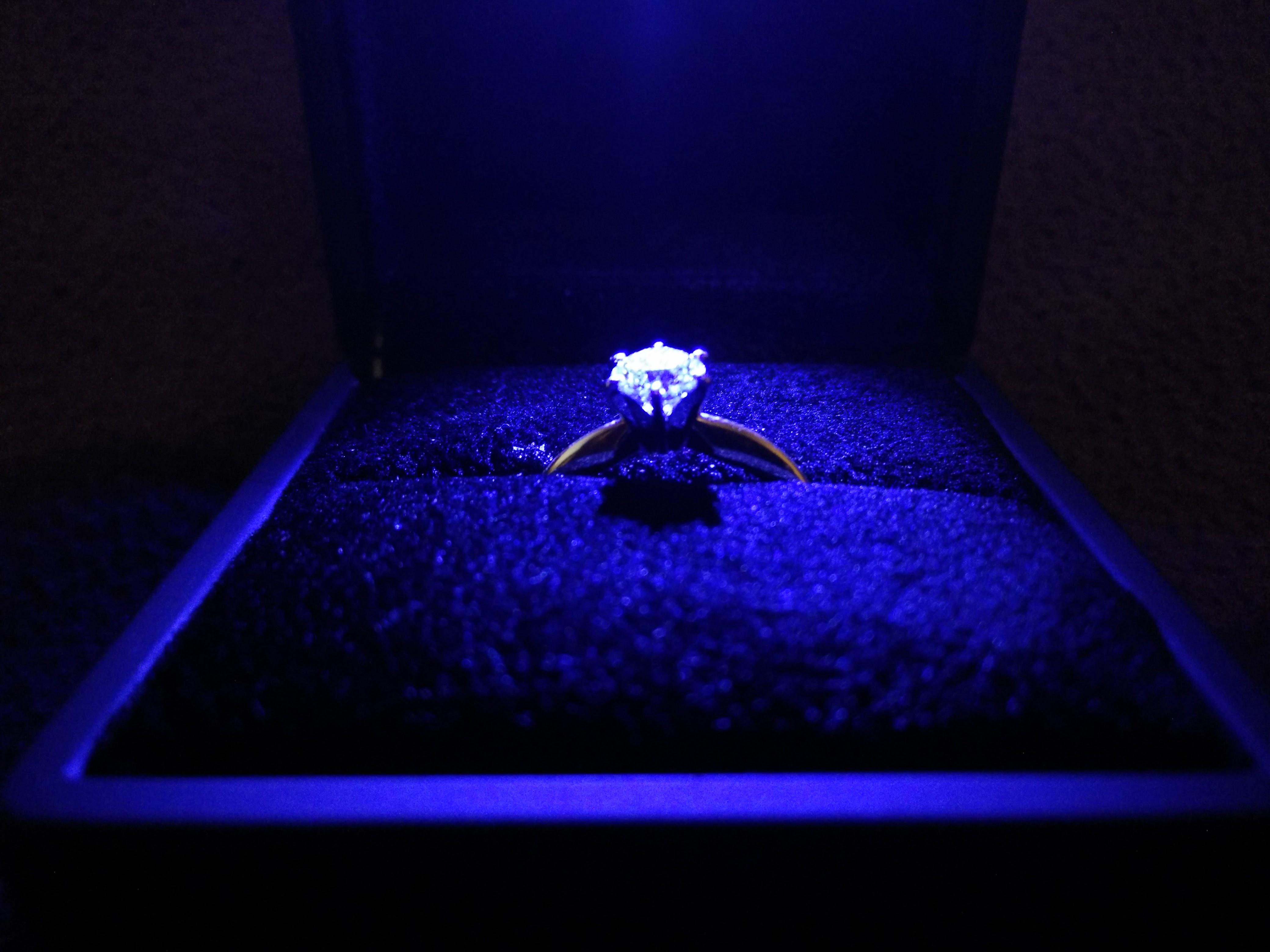 2016 for me has been the best! I have done so many new things, and my life is moving in an amazing direction. Let’s have a look at some of the highlights for 2016! 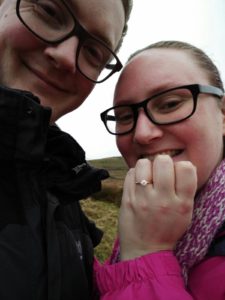 I got engaged! Yes, the highlight of my entire year happened right at the start of 2016, and it was amazing! The proposal itself was super romantic, he took me to the place where the borders of Lancashire (where he’s from), Greater Manchester (where we live now) and West Yorkshire (where I’m from) meet. I complained the whole way there, and got bored of him faffing around taking pictures (he was waiting for a family to buggar off so we would have some privacy), but none of that mattered when he got down on one knee. 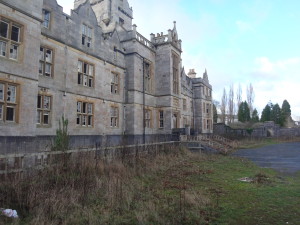 The start of 2016 also saw me back in the Urbex game. Having my friend Angela to now drag along adventuring, we popped over to North Wales to check out Denbigh Asylum. Thankfully it was super easy to access, we bumped into some other explorers, and had a good old mooch around. There was that slight incident where I fell through the floor (ground floor, only 2 foot down to the foundations) and my life flashed before my eyes, but Angela saved me, and I lived to tell the tale.

January also saw the pilot Code Club Champion programme launch, and Liz Smart (North West Regional Coordinator) asked if I would be her Champion. I pretty much carried on doing what I was already doing, promoting Code Club, helping new clubs set up, and doing workshops for children, but it was a great scheme to be a part of!

This month saw the launch of The Escape Room Preston. Although we love each escape room company we visit, The Escape Room in Manchester was already emerging as our firm favourite, so we were excited to see the Preston site. Not only did The Escape Room Preston deliver some amazing escape games, but they also have a Laser Quest site! It’s been awhile since we played, but it was tons of fun.

March was a very busy month. It started with the Manchester International Film Festival, and even though we saw a bunch of excellent films, it’s Psychoanalysis I still keep thinking about. This one is very likely to feature on my top 5 films of 2016 list… 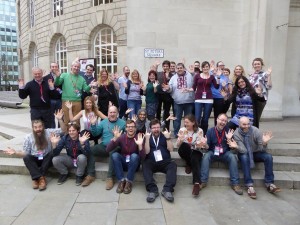 I also got a place training with the Raspberry Pi Foundation on their Picademy course, and after two days, I became a Raspberry Pi Certified Educator! This training has come in real handy, and I now love giving Raspberry Pi workshops to both children and adults.

April saw my first proper relaxing holiday. We spent five days in Agadir, Morocco, and I learnt how to take it easy and relax in the sun. We saw some amazing sights, but my favourite day was spent out at sea fishing. Even if I wasn’t very good at it, I really enjoyed the laid back atmosphere!

May brought my second film festival for the year, Supernova. The first Sci-Fi film festival to come to Manchester, I spent two very enjoyable days in my old haunt Odeon Printworks watching some great new and classic films.

In June we were invited down to Birmingham NEC for the UK Games Expo. Being our first year, we only went for one day, but it was amazing! We got to see so many amazing new games, and had a really enjoyable day. We only wish we could have stayed longer, so we’re planning to do at least two days in 2017. 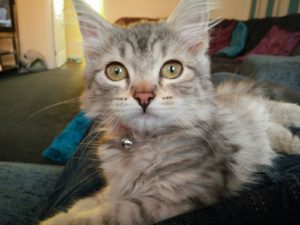 June also saw our first new addition to the family, a little silver tabby female Siberian kitten called Sudo! Despite not being a cat person, I immediately fell in love with this little ball of fluff, and I can’t imagine my life now without her. 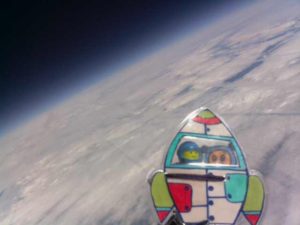 In July I had the opportunity to assist on my first ever HAB Launch to (near) space. I had a great day out, and really enjoyed chasing the HAB across the country. It sparked plans for me to introduce a Youth Space Programme to Manchester, as what better way is there to excite children using Science and Technology.

This month also saw us head back to Breakout Manchester to play the Reclassified games at their new site. Reclassified consists of two identical rooms played side by side. We split into a girls and a boys team, and to this day, I don’t think the boys have quite recovered from losing… 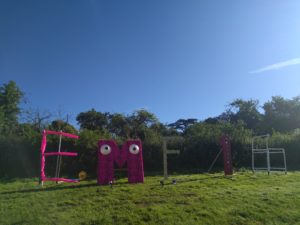 In August I headed to EMF Camp for the first time. A three day tech conference in a field, I had an amazing weekend. We also ran a geocaching workshop for the youth programme, which was lots of fun. I loved the atmosphere, and the talks were superb, although I can’t say I miss the toilets… 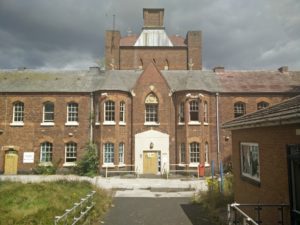 On the way back from EMF Camp, my partner in crime Angela and I made a stop off near Birmingham to check out the old Selly Oak Hospital site. When we arrived it was crawling with builders, so we weren’t sure if we could get in, but it turns out they don’t guard the site entrance, and entry was easier than we first thought! We spent a good few hours mooching around before heading home, and dodging the builders was actually quite good fun! 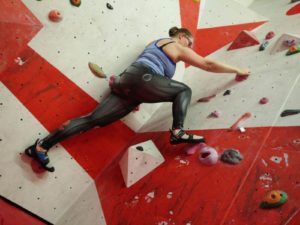 August was a super busy month, and I was also given the opportunity to attend a Women Climb event at the Manchester Climb Center. At first I was a little dubious as to why I had agreed to come. I’m unfit, overweight, terribly clumsy, and I have vertigo, but I’m also never one to pass on an opportunity to try something new. I was the worst person on the day, and I’m still pretty rubbish, but I still climb, I take small steps, and I really enjoy it! I’m very thankful to Women Climb for giving me this opportunity, so much so, I hope to be volunteering for them if they run an event in 2017! 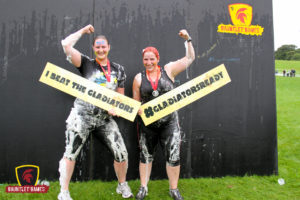 September saw me take on my third 5k challenge, this time in the form of an inflatable obstacle course race, Gauntlet Games. While erring more on the ‘fun’ side of OCR, and my attempts at running the course being pretty much non-existent, we nonetheless had tons of fun. 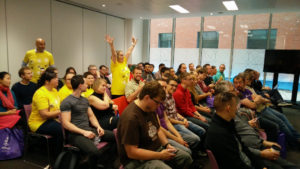 October means only one thing, the return of Grimmfest! There will be no better reason to spend three and half days cooped up in the Odeon Printworks, and this year had some amazing films (as usual) including some awesome zombie flicks, and solid offerings from the Asian horror scene.

This month we also had another addition to the family! Not being satisfied with just one, we hunted down a little ginger spotted tabby female Siberian kitten to keep Sudo company, and we called her Leeloo. We now have two bundles of fluff running around the house, and I wouldn’t have it any other way.

September also saw the return of Manchester Science Festival, and as usual we had an amazing time at all the events we attended, including a showing of Twister, Engineering Showoff, After School Science Club and HackManchester!

November saw one of the biggest advancements for CodeUp. While the rest of the year saw several new branches open up across the North of the UK, in November, we launched our first branch in South America! CodeUp Maceio will start in March 2017, and we’re super excited for our first International group to get started.

In December I got to put my PiTop Champion status to good use, running a series of coding workshops over in Leeds for adults who wanted to learn how to code using the Raspberry Pi. I also made a surprise visit to CodeUp Manchester where the attendees gave hacking Minecraft Pi and Sonic Pi a go. The Pi-Top CEEDS are an amazing educational resource and I can’t wait to run more workshops with them.

While 2016 has seen some very crappy moments, personally, I’ve had a pretty good year. Here’s hoping it continues into 2017!